Do this five minutes a day to be happier

Who knew it comes down to five minutes a day? That’s all that Frank Clayton, a Salt Lake City, Utah-based therapist who specializes in positive psychology, says it takes to increase your level of happiness. 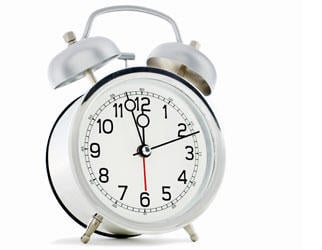 Who knew it comes down to five minutes a day? That’s all that Frank Clayton, a Salt Lake City, Utah-based therapist who specializes in positive psychology, says it takes to increase your level of happiness.

And Clayton should know. As a counsellor in Salt Lake City, it was hard to ignore what was going on in his state — namely an alarming number of suicides. (The Utah Department of Public Health cites suicide as the second leading cause of death of teens, and the fourth overall cause of deaths for adults.) So Clayton was moved to offer a free webinar on happiness called Happiness 101 Webinar to Reduce Suicide in Utah. While the webinar addresses many aspects of happiness, Clayton does offer one easy way that anyone can improve their happiness right away.

“When I’ve worked with seriously depressed people I asked: could you commit to five minutes a day to be happier? Even the most depressed person can commit to that much,” he says. His suggestion was based on an exercise noted happiness guru, Martin Seligman, conducted. Seligman, the Zellerbach family professor of psychology and director of the Positive Psychology Center at the University of Pennsylvania, had taken a group of severely depressed participants and asked them to do a happiness intervention for five minutes daily. “And with that intervention only these people had a 94 percent success rate. In 15 days the participants went up to either mildly or moderately depressed,” says Clayton. “In depression, that’s a miracle.”

So based on that, Clayton suggests we take five minutes a day to remember our “positives.” “It can be anything you’re grateful for or appreciate,” he says. “My criteria is anything you would be mad, sad, or otherwise upset if you no longer had it tomorrow.” Writing these things down and even putting a sentence next to each positive as to why it’s listed there can have a positive spiral effect says Clayton. “There’s something called a downward spiral and an upward spiral. When people are really down and really depressed, their minds drifts in that direction. At any given day there are good things going on and bad things going on and when you’re depressed, you see the bad things faster than you would the good things going on,” he says. “But research has also shown that it goes in the other direction — when you’re in a positive place, it works as well.”

It’s a little step says Clayton that will not only remind you of the positive, good things in your life, but can help improve your overall happiness levels right away.

Now if you’ll excuse me, I’ve got some positives to jot down…