While researching this piece, I realized I much prefer motivational quotes showing people exercising versus ones superimposed over a rail-thin model or idolizing someone with an unattainable body. Anyone who’s on Facebook, or Pinterest, has seen more than their share of motivational fitness posters in the last few years. 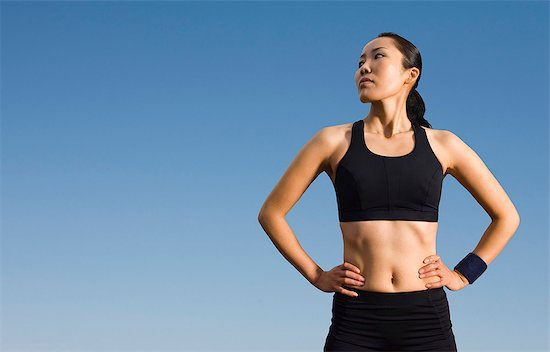 While researching this piece, I realized I much prefer motivational quotes showing people exercising versus ones superimposed over a rail-thin model or idolizing someone with an unattainable body. Anyone who’s on Facebook, or Pinterest, has seen more than their share of motivational fitness posters in the last few years. It’s important to note that for these models (in a lot of cases), it’s their job to look that way. They have a powerful extrinsic motivator to exercise hard and carefully monitor their diets to look like that. It’s called a paycheck.

Joan Baez’s quote, “Action is the antidote to despair” is my favourite. I love it because it applies to anything, not just fitness. Actually, I’d go so far as to say that it changed my life 20 years ago.

There is scientific proof that simply taking the very beginning steps towards fixing a problem (like being out of shape) provides tremendous relief for a person because they’re actually doing something proactive rather than wallowing.

I’ve said that quote to myself many times in the intervening two decades, and it’s always helped. Hell, just a few months ago I was facing a nearly catastrophic blow to my writing career, and after a day of beer and feeling sorry for myself I remembered what Joan said and jumped into action and began working hard to figure out how to turn this crisis into an opportunity. Of course, things like that don’t always work out, but this time it did. In spades.

“Action is the antidote to despair.” Thanks, Joan.

To be useful, I think effective quotes need to meet a few criteria:

Henry Ford’s quote, “Whether you think you can, or think you can’t – you’re right,” shows the importance of a positive attitude, but it’s not exactly the most realistic. Face it, there are things you simply can’t do. Take the advice of this quote and believe in your abilities, but temper them with realism. If you pour a ton of time, energy and money into an endeavor that was never achievable in the first place, the failure can be crushing.

I came up with a motivational quote of my own in an article I wrote years ago about overcoming injuries that a lot of people said resonated with them: “If you don’t conquer your injuries, you allow them to conquer you.”

I got quite a few emails on that one saying it really helped them. Go me.

Here are a few more quotes I try to live by:

If a mindful statement speaks to you then use it. Go be motivated.