Do I walk more than Americans do?

If running and I have a stormy relationship, then walking and I are old friends. We go back to when I was in middle school and walked the 30 minutes daily to get to school and back. 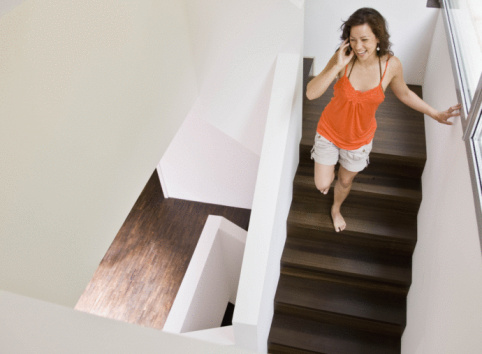 If running and I have a stormy relationship, then walking and I are old friends. We go back to when I was in middle school and walked the 30 minutes daily to get to school and back. I rode my bike on occasion, but I preferred to walk so I could collect friends on the way to score some good pre-language arts class gossip. Later when I moved to Toronto for university, again walking was my activity of choice primarily because I wanted to save my precious little student money for, well, groceries and pub night Blue Lights. So instead of hopping on the subway or streetcar, I’d  strap on my walkman, pop in a Barenaked Ladies tape and get moving.

Today, walking is that much tougher—for one, I work from home and don’t stray very far from my office. And when I’m not working, I’m toting two kids under six around–enjoyable walks, but I’m not exactly feeling the burn.

And apparently I’m not the only one not getting all my steps in. Americans are far behind the Swiss, Australians and Japanese populations in how many steps they take daily and are logging an average of 5,117 steps daily according to a study conducted by the University of Tennessee.  And that made me wonder…where do I fall in tracking my treads? After all, the study notes that factors such as male gender, single marital status and younger age were all positively associated with steps per day. Depending on your definition of younger age, that leaves me with three strikes.

So thanks to my best friend, a regular race walker who I texted to ask for a loaner pedometer, I’ll be counting my paces from the minute I stumble out of bed in the morning. But what if my step count proves pathetic?  Like every woman I know, I’m time-deficient. So I eyed my stairs and wondered is there something I could do there? Could I squeeze in some extra stairs for a mileage boost? Sure can affirms the Ottawa-based Public Health Agency of Canada’s Stairway to Health program, which is essentially a program to encourage more stair climbing at work. And to make it work, I’m bookmarking this  handy calorie counter that adds up how many calories I’ve torched using the stairs. So between that and my pedometer experiment, I’ve got some counting to do.