Do I have a migraine?

Not sure how to classify your type of headache? Here’s how to determine if a migraine is at the root of your pain. 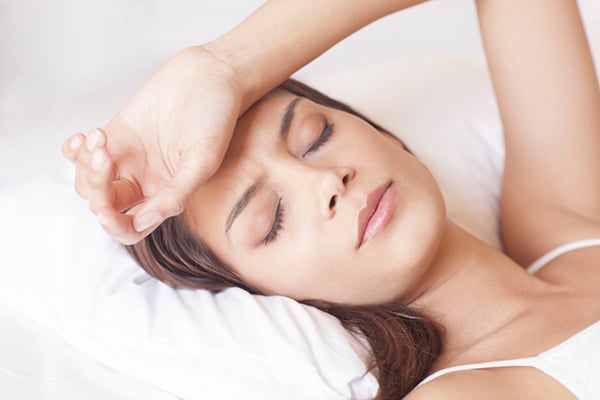 Of the various types of headaches, migraines are among the most debilitating. They’re also surprisingly common, especially in females. Women are three times more likely than men to suffer from migraines, and most experience their first around puberty. More than three million Canadian women have had a migraine, and 25 percent suffer weekly attacks.

Why Migraines Occur
“While we believe migraines have a genetic component, we know fluctuating hormones play a role in their frequency,” says Dr. Allan Purdy, a professor of neurology at Dalhousie University in Halifax.

Experts believe a migraine begins in the brain, with waves of electrical activity, moving at about 3 mm a minute, spreading from the visual cortex, building momentum like a storm at sea. “We call this wave a cortical spreading depression,” says Purdy. “It appears to light up a pathway directly into the brain’s pain centre.”

With this pain centre activated, pain presents in the head, with repercussions throughout the body. Symptoms include sound and light sensitivities, dizziness, nausea, vomiting, numbness, tingling sensations and difficulty finding the right words. An attack can last four to 72 hours and may be preceded by an aura, a visual disturbance such as temporary blindness, blurry vision or seeing stars or zigzag lines. Because no two migraines are alike, identifying and treating them is a game of trial and error.

Managing a Migraine
Migraines are one of the most disabling types of headaches. Their discomfort extends beyond physical symptoms. Headache Network Canada says 92 percent of sufferers miss work and major family events because the pain is so severe. Even when they aren’t experiencing a migraine, they’re living in fear of their next attack. Migraines are also associated with a 40 percent increased risk of depression in women.

DIY Migraine Diagnosis
Not sure if your type of headache is a migraine? If you meet four out of these five criteria, chances are you suffer from migraines.

1. A headache that lasts from four hours to three days.

2. Headache accompanied by nausea or vomiting.

3. Sensitivity to light or sound.

4. Having two or more of the following: pain affecting one side of the head; pulsating pain; pain that feels moderate or severe; pain that’s made worse by physical activity.

5. Five or more attacks in your lifetime that exhibited the symptoms above.

Phone It In
Migraine Meter is the first smartphone app designed to help people monitor their migraines. It lets them track their history (date, duration, severity, impact on daily life) so they can review their type of headache with their doctor.

Freckles on the Brain?
A 2012 Dutch study suggests women with migraines may have structural differences in their brains, including little lesions caused by restricted blood flow to certain areas. The lesions appear like tiny freckles on brain scans but don’t cause long-term damage.

Related: The differences between migraine, cluster, sinus and tension headaches