How giving up makeup for a year made this woman happier 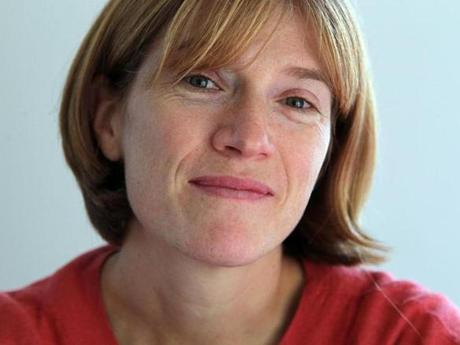 The author Phoebe Baker Hyde went more than a year without makeup or shopping.

Phoebe Baker Hyde was living in Hong Kong with her family when she hit her limit. She realized that she was constantly trying to keep up with beauty expectations. Here, Baker Hyde talks about her new book The Beauty Experiment, explains her shift in thinking about external beauty, and how being happy and more carefree upped her sex appeal.

Q: What inspired The Beauty Experiment?
A: I was at the crossroads of self doubt. I was a new mom, and my husband’s job had taken us overseas [to Hong Kong], and I was working on a professional project that was getting drawn out. I thought that going out and buying a beautiful new dress for a party would make me feel better, and so I did. But it didn’t do the job. Shortly thereafter, I realized that I was confusing self-worth and self-confidence with looking great on the outside. I decided not to play the game.

Q: What did your beauty experiment entail?
A: My decision was formed by a lot of the advertisements that hang everywhere in Hong Kong. First, I thought about giving up just the clothes shopping, but it expanded from there. My husband was a great help in setting up the rules. I decided to peg my beauty routine to my husband’s.

Q: Under the assumption that men typically don’t struggle as much with these issues?
A: Well, he’s just got a great routine. He gets up, takes a shower, puts on some deodorant, brushes his teeth, throws some clothes on, and he’s out the door. I packed away my jewelry, which had become a chronic time suck. I threw away or gave away most of my makeup. I stopped shopping for a year, with the goal of donating what I would have spent. And I cut off my hair.

Q: Were you clamouring to get back to your old routines?
A: The first couple of weeks were hard, and then after I got used to the sensation of feeling exposed, I didn’t really think about it. Once I got used to my normal plain face, it was fine. About halfway through the experiment, my old bathing suit gave out and I decided to cheat and buy a new one so I could keep going to the pool with my kid. But when I went into the shop, picked out a bathing suit and tried it on, my critical inner voice had disappeared. I just thought, “This is good enough, let’s go.” That’s when I realized things were changing and that I was becoming more pragmatic.

Q: Pragmatism can be less than conventionally sexy. Did you alter your sense of sex appeal during this experience?
A: Sexy wasn’t my top priority at that point of my life. I had an infant, and pragmatism was more useful. But my husband is such a pragmatist and he found my happiness with my newfound simplicity much sexier than my miserable hotness. I was enjoying my life, and having fun with my baby, and laughing – and that was much more appealing than a crabby person fussing over her clothes and complaining about going out.

Q: Did you notice any major differences between the beauty expectations for women in Hong Kong and the United States?
A: I felt like they were pretty wildly different. I had moved from San Francisco, an epicentre of fleece, and we were met at the airport by relocation experts wearing Chanel suits. I recognized that I didn’t know how to play that game, nor did I have the time or budget. There was no way I could really keep up. In Hong Kong, people dress up; running shoes are only worn when you’re running.

Q: Do you think that swearing off the conventional trappings of female beauty made you any happier?
A: I think it removed a giant piece of anxiety and self-doubt, for a time. And that was a good thing. What was difficult, at the end, was realizing that I wasn’t prepared to live this way for the rest of my life. So how was I going to reintroduce elements of grooming and adornment that would enable me to stay positive? Finding the middle ground was the hardest part.

Q: So why couldn’t you live like that permanently?
A: My bras were all broken. I needed supportive shoes. I had to go back to retail to some extent. And then my inner voice asked me if I was really ready to go the rest of my life without dressing up and all of the attendant theatrics, and the answer was no. I didn’t want to lose that delight, that idea of identity play, and turn myself into a plain, monkish figure.

Q: So how did you strike a happier balance?
A: I had to take it one issue at a time. I read a lot of books, and I learned about what’s in cosmetics. I decided to feel safe about what’s going on my face. I found that I couldn’t let my leg hair grow and feel okay about it. I figured out where my limits are, and the grey areas are very personal. But the real takeaway is mindfulness and thinking about each thing and why it makes us comfortable or uncomfortable.

Q: You mentioned earlier the pragmatic voice you heard while trying on a bathing suit; has that been a permanent gain or was it temporary?
A: It was pretty permanent — and it’s really wonderful. That’s the voice that used to push me towards correction or shame about the raw materials of myself. I’ve become a lot more accepting of who I am and what I have to work with, and I feel like it’s a much more powerful place to be — and that’s what I wanted to model for my daughter.