Will eating crickets be the next big health trend?

Packed with nutrients, insects are a sustainable and inexpensive source of protein — that is, if you can stomach it. 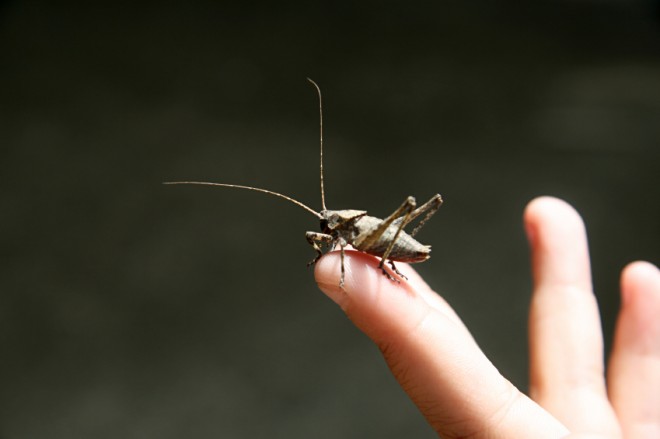 Crickets and the word ‘yum’ don’t really go together for most people. Not as well as crickets and ‘yuck’ do at the moment, anyway. But one NYC foodie is aiming to change that relationship. Bitty Foods owner and former trend forecaster Megan Miller (Via Elle.com) wants people to start thinking about insects as a smart and delicious option for breakfast, lunch, and dinner.

Miller, who uses cricket flour to create her baked goods, recently gave a Ted Talk in NYC in which she talked up the benefits of eating insects. Her primary point: eating insects may just save the planet by offering the world’s population a sustainable and inexpensive source of protein.

Crickets and other insects, in Miller’s view, are the future of food. Here’s why: researchers estimate that by the year 2050, the global population will be in excess of 9 billion, a number that will place excessive strain on resources that will result in a global food crisis. In short, there won’t be enough to go around and common sources of protein like beef will suddenly become luxury items, available only to those that can afford it.

Feeling panicky and oddly hungry? Don’t. Instead look to alternative source of protein. Insects are packed with nutrients and essential protein — crickets contain 70 grams of protein per serving, she says.

And if you’re still feeling queasy, you can start slowly by eating them in a powdered flour form rather than pop a whole one in your mouth. That’s how Miller uses the ingredient.

Miller came up with the idea while travelling in Latin America and Southeast Asia, she explained in a recent interview with Elle.com.

“[T]hose cultures eat insects. I started thinking about why we don’t, and it just seemed to me that we have a cultural bias that could be overcome if we repackaged insects into a more appealing form.”

She started researching how to do just that and discovered she wasn’t alone in North America, but that others were attempting the same thing.

At Bitty Foods Miller makes a variety of baked goods, including chocolate chip cookies, using cricket flour. You can do the same. Miller sells cricket flour on her website.