Three indulgences you don't have to cut from your diet

Find out why coffee, red wine and dark chocolate can all be part of a healthy diet when consumed in moderation. 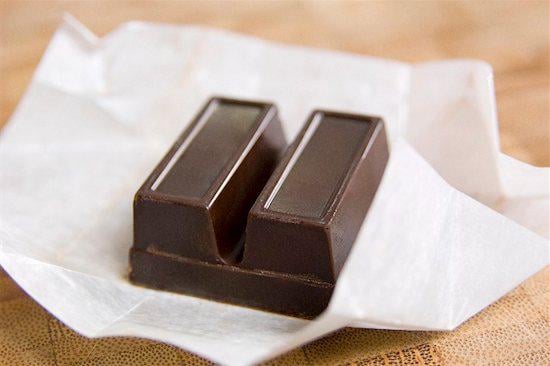 Who says we can’t indulge a little and improve our health at the same time? The verdict is in: the latest research shows that our favourite treats, in moderation, can actually be good for us.

Dark chocolate
A research team from the University of Helsinki, Finland, asked pregnant women to rate their stress levels and document their chocolate consumption. Guess what they found? Six months after birth, the mothers rated their infants’ behaviour in various categories including fear, soothability, smiling and laughter. The babies born to women who had eaten chocolate daily during pregnancy smiled and laughed more and were more active. Even the babies of stressed women who had regularly consumed chocolate during pregnancy showed less fear of new situations than babies of stressed moms-to-be who abstained. Awesome news for new moms and chocoholics!

This tasty treat boosts our endorphins and also contains tryptophan (a building block of serotonin) and the brain chemical phenylethylamine, known to promote our feelings of attraction, excitement and love. Also, new research shows that yet another chemical is involved in the happy little high we get from chocolate. Dr. Daniele Piomelli, a neuroscientist and professor of pharmacology at the University of California, Irvine, suggests that chocolate influences anandamide, a chemical that targets our brain much the way THC, the active ingredient in marijuana, does. Chocolate contains anandamide, as well as two chemicals known to slow the breakdown of this neurochemical, so it might work by prolonging the action of this natural stimulant in our brain.

Chocolate is also good for our heart and blood vessels. According to a study published in the July 2007 edition of the Journal of the American Medical Association, eating a small portion of dark chocolate each day can lower blood pressure without packing on extra pounds. Dark chocolate’s heart-healthy effects are thought to come from flavonoids, natural compounds in cocoa beans that give dark chocolate its bittersweet taste. Dark chocolate is richest in flavonoids, whereas white chocolate contains none. Flavonoids have been shown to inhibit blood clot formation, ease constriction of blood vessels and slow the oxidation of LDL cholesterol. Enjoy a one-inch square of dark chocolate per day to reap the benefits.

Red wine
The French have had it right for centuries. Consumed in moderation, red wine can reduce the risk of type-2 diabetes, prostate cancer and heart disease. The antioxidant polyphenols found in the skin and seeds of grapes — especially catechins and resveratrol — aid heart health, inhibit inflammation and help prevent the development of certain cancers. Resveratrol, a natural antifungal and antibacterial compound in grapes, may benefit nerve cells and assist in the prevention of Alzheimer’s and Parkinson’s disease.

According to researchers from Northwestern University Medical School, many benefits of resveratrol are in fact due to its estrogenic properties. When consumed with or after a meal, red wine is a good digestive aid. Despite all the wonderful benefits of red wine, note that you should stay away from this beverage if you have a medical condition worsened by alcohol, such as alcoholism, elevated triglycerides, pancreatitis, liver disease, uncontrolled hypertension, depression or congestive heart failure.

Researchers at the University of California, Davis, tested a variety of wines to determine which types have the highest concentrations of flavonoids. They found dry wines such as Cabernet Sauvignon to be the flavonoid favourites, followed closely by Petit Syrah and Pinot Noir. Merlots and red Zinfandels were found to have fewer flavonoids than the others. Enjoy no more than one to two glasses per week for women and two to three glasses per week for men, with meals.

Coffee
We drink a lot of coffee. According to the Coffee Association of Canada (CAOC), 66 percent of Canadians drink coffee daily, while 80 percent drink it occasionally, making it the number-one beverage choice of adults nationwide. Conversely, Americans appear to drink more soda — 58 percent prefer pop, while only 53 percent choose coffee.

Coffee often gets a bad rap, but this popular morning beverage actually has several documented health benefits if consumed in moderation (the key word!):

But don’t have too much of a good thing! Never add sugar or artificial sweetener to your coffee and avoid consumption past lunchtime, or if you tend to be extremely sensitive to caffeine (and of course, always avoid it if you are doing a detox). We all metabolize caffeine at different rates. The caffeine from one cup of coffee can take a number of hours to get through our system — up to four or five. Be sure to select organic free-trade coffee, and have no more than one cup a day.

Natasha Turner, N.D., is a naturopathic doctor, Chatelaine magazine columnist, and author of the bestselling books The Hormone Diet and The Supercharged Hormone Diet. Her newest release, The Carb Sensitivity Program, is now available across Canada. She’s also the founder of the Toronto-based Clear Medicine Wellness Boutique and a regular guest on The Dr. Oz Show. For more wellness advice from Natasha Turner, click here.