How to get iron from vegetarian sources 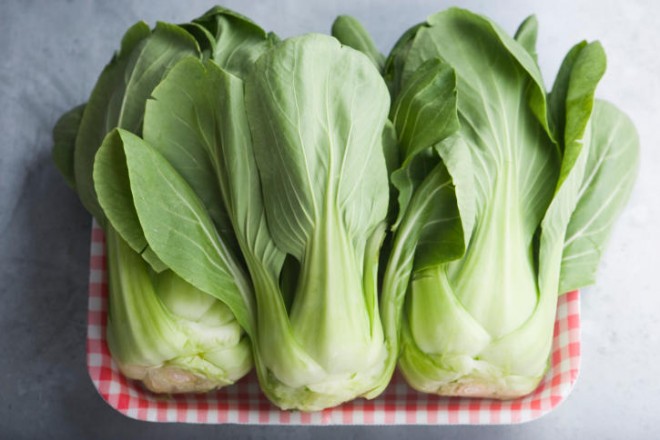 Iron is an essential nutrient because it is a central component of hemoglobin, which carries oxygen in the blood. Iron is found in food in two forms: heme and non-heme iron. Heme iron, which makes up 40 percent of the iron in meat, poultry, and fish, is easily absorbed. Non-heme iron, which accounts for 60 percent of the iron in animal tissue and all the iron in plants (fruits, vegetables, grains, nuts), is less easily absorbed.

Some people might expect that since vegetarian diets usually contain forms of iron that are not easily absorbed by the body, vegetarians might be prone to developing iron deficiency anemia. Of course, when a diet isn’t carefully planned, then iron deficiency is a risk. However, with a balanced diet including iron-rich plant-based foods, a vegetarian can achieve a healthy iron reserve.

Vegan diets only contain non-heme iron, which means that it is essential for vegetarians increase their intake of non-heme iron sources. There have been some studies indicating that many vegans actually have a satisfactory iron status, which could because many common plant-based foods are high in iron. Two facts support this:

1. Most plant-based foods, such as greens, have more concentrated levels of iron and are absorbed by the body more readily than meat, not to mention that greens and veggies are also lower in calories!

Fortunately, many vegetables high in iron — like broccoli and bok choy — are also high in vitamin C and therefore have easily-absorbed iron. This means that when balanced vegetable-based meals contain combinations like beans and tomato sauce or stir-fried tempeh and broccoli, generous levels of iron absorption will result.

Another thing to keep in mind is that coffee and tea can actually reduce iron absorption. In that case, it would be ideal to avoid these drinks, as well as calcium supplements, for at least several hours before a high-iron meal.

Here are some other excellent plant-based iron sources:

Soybeans, cooked: In the form of organic tempeh or tofu added to stir fry, sandwiches, salads and whole grains.

Apricots and figs: Can be added into baked goods, granola, trail mix, or eaten on their own.

Lentils and chickpeas: All varieties, cooked into soups, dips, salads, or stews

Spinach and kale: Lightly steamed or added to a smoothie, soup, sauce, pasta or whole-grain dish.

Quinoa and millet: Cooked and made into a salad, pilaf, or breakfast cereal

The good news is that vegetarians and vegans can definitely get adequate iron from a plant-based diet, as long as they do some preplanning!

Quinoa with chickpeas and spinach

Directions:
1. Rinse the quinoa well and drain in a fine-mesh sieve. Combine water and orange juice (to equal 1 ¾ cups) and bring to a boil in a 1.5- or two-quart saucepan. Add salt, orange zest, and rinsed quinoa. Return to the boil, reduce heat, cover and simmer for 15 minutes, or until all the liquid has been absorbed. Remove from heat and let sit covered to fluff up.

2. While the quinoa is cooking, heat the oil in a large skillet with a tight-fitting lid. Add the onions and sauté over medium heat for 10 minutes, until they have softened and started to brown a bit. Add garlic and sauté until golden.

3. Add raisins, chickpeas, and chopped spinach. Cover and cook over medium heat for five minutes, or just until the spinach has wilted. Adjust heat if necessary. Drain any excess water after cooking the spinach. Season to taste with salt.

4. To serve, fold the vegetables into the hot, cooked quinoa. Stir in cinnamon. Garnish with toasted pinenuts or almonds and orange wedges for a final squeeze of orange juice (for extra iron absorption!).

Marni Wasserman is a culinary nutritionist in Toronto whose philosophy is stemmed around whole foods. She is dedicated to providing balanced lifestyle choices through natural foods. Using passion and experience, she strives to educate individuals on how everyday eating can be simple and delicious.