The organic cereal that will change your mornings

Holy Crap cereal is high in fibre, gluten-free and only has seven ingredients. Find out how the Canadian company is helping people stay healthy. 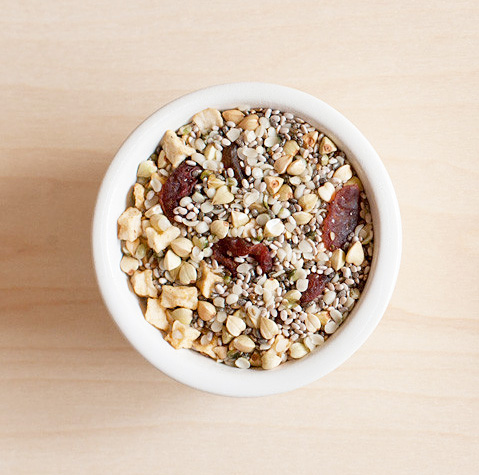 Holy Crap cereal was born on the Sunshine Coast of British Columbia in 2009. Corin Mullins developed the cereal to address her husband, Brian’s food allergies and sensitivities. Today, fans of the product are voting with their wallets, making the company a Canadian success story.

Just how successful? In 2010 Brian and Corin appeared on Dragon’s Den. A week after the show aired, their online store generated more than $1 million in sales. Two years later an update on the show declared Holy Crap the most-successful business to ever come out of the Den.

In the early months, while selling it at a farmer’s market, one of their early customers said, “Holy crap … this is amazing!” And so the name stuck, and sales increased 10-fold.

While the cereal’s impetus was Brian’s allergies, they found a surprisingly large market for a healthy cereal (that didn’t taste like cardboard). It’s tough to find cereals that are as healthy as they claim to be and Holy Crap has found a market among athletes, people with celiac disease and diabetics. It can be used as a base cereal or sprinkled on top of oatmeal/muesli to up the nutrition factor. 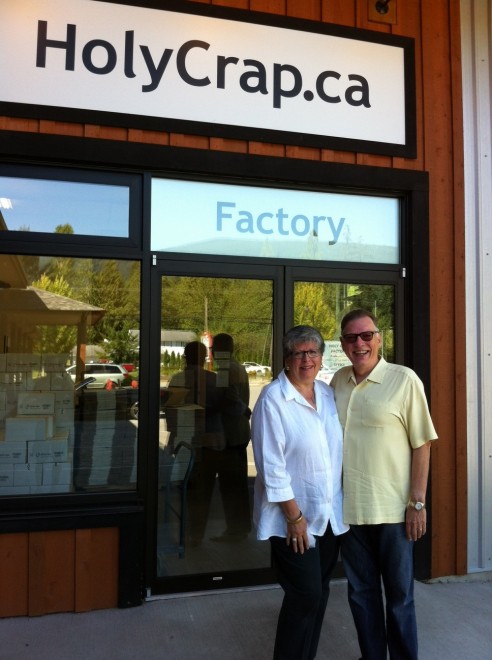 Holy Crap co-founders Corin and Brian Mullins outside their facility in B.C.

What I love about Holy Crap is that its sugar-, gluten- and GMO-free, vegan and organic. The seven ingredient list — organic chia, organic hulled hemp hearts, organic buckwheat, organic cranberries, organic raisins, organic apple bits, organic cinnamon — is packaged in a facility in Gibsons, B.C. They’ve “gathered up all friends and family to work for us,” says Corin. Just two tablespoons contains four grams of fibre and 10 percent of your daily recommended iron.

If you’re interested in more numbers, husband Brian has lost 50 pounds, thanks in part to eating Holy Crap, and the cereal is sold in 20 countries (Canada being the biggest market).

Surprisingly, Brian tells me, “China is the next big market on the horizon…they like that it is made in Canada.”

Chris Hadfield took it up into orbit with him and Brian says, “We provide it free to professional hockey, baseball and football players, but we made a deal that we’d only do that if they promised not to promote it.”

“We don’t have enough ingredients to keep up with the demand,” he continues, “We can only sell as much as we can grow in Canada. We don’t want it to become some kind of celebrity hype thing. We’re more interested in word of mouth marketing because we don’t have the capabilities to fulfill orders that would happen if athletes started promoting it.”

James S. Fell, MBA, is a certified strength and conditioning specialist with the National Strength and Conditioning Association. Based in Calgary, he is an avid runner, cyclist and weightlifter, and wishes he had more opportunities to go downhill skiing with his wife and two children.