5 herbs and spices that help with weight loss

Sprinkle these tasty ingredients on your food for huge health benefits. 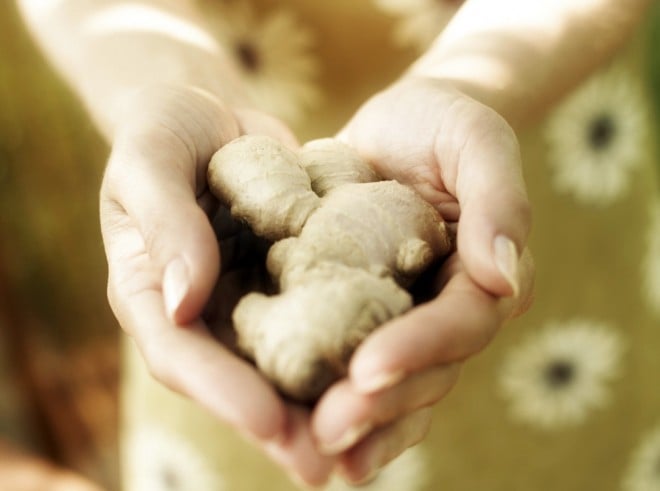 We all know that when it comes to health, weight loss and even hormones, it’s the little things that count – like what you eat, how you eat it and how much you sleep. Adding herbs and spices to your meals on a regular basis can have a big impact too. Read on for some of my favourites:

1. Decrease cancer risk with oregano
Although it may leave you craving pizza, oregano has a variety of antibacterial and anti-inflammatory and anti-cancer health benefits. A 2012 study by researchers at Long Island University found that carvacrol, a component of this herb, could potentially be used to treat prostate cancer. According to the main researcher, its effects on cancer cells elevate it to “super-spice” category, much like turmeric (which we’ll get to later).

Bottom line: Sprinkle a little oregano on your meals whenever possible or add it to your morning smoothie for an energy boost!

2. Mix it up for weight loss
It turns out that your favourite spice mix not only helps your food taste better but can also trim your waistline. In 2007, the Journal of Medicinal Food, reported that adding a seasoning spice significantly reduced glucose and insulin levels and improved lipid profiles (cholesterol) in rats. Additional research, published in the Research Journal of Pharmaceutical, Biological and Chemical Sciences confirmed the anti-diabetic effect of various spices. Among the spices, fenugreek seeds, garlic, onion, and turmeric have been documented to possess anti-diabetic potential by either lowering blood sugar or reducing insulin.

According to Penn State researchers, adding a little spice can also reduce the body’s negative responses to eating high-fat meals. They found that adding spices to a high-fat meal reduced triglyceride response by almost 30 percent, compared to a similar meal with no spices added. In this case the flavour of choice was a mix of rosemary, oregano, cinnamon, turmeric, black pepper, cloves, garlic powder and paprika. If this doesn’t have you reaching for the spice rack, theses mixtures have also been shown to act as a “sugar safety net” by inhibiting tissue damage and inflammation caused by high blood sugar.

Bottom line: While we encourage you to reach for spices when cooking, beware of seasonings that are high in salt content. Look for seasonings with no salt added, or better yet make your own!

3. Beat muscle pain with ginger
Ginger is commonly known for its ability to soothe a sore stomach and ease nausea, but researchers at the University of Georgia have found that daily ginger consumption also reduces muscle pain caused by exercise up to 25 percent. A study from the University of Miami showed that ginger extract also had a significant effect on reducing the pain of osteoarthritis of the knee.

Bottom line: Slice up ginger root and add it to stir-frys or simply boil it and drink it as a tea a few times a day. This is also great for warming you up during cooler months. Try this healthy pink ginger lemonade recipe for a great way to get more ginger into your diet.

Bottom line: Half a teaspoon a day for 40 days is enough to improve your insulin response and lower your blood sugar by up to 29 percent.

5. Speed up fat loss with turmeric
If you want a new way to spice up your fat loss, look no further than turmeric (a main ingredient in curry). A study from Tufts University suggests that curcumin (a component in turmeric) may help with fat metabolism and weight loss. The researchers studied the effect of curcumin in mice fed a high-fat diet over a period of 12 weeks. They found that curcumin did not affect food intake but reduced weight gain, fat accumulation and density of fat tissue. Curcumin also increased expression of key enzymes involved in fat oxidation, so despite the diet, less fat was stored.

Need another reason to add this spice to your meals? An Oregon State study found it can increase the levels of a certain protein in the body that assists with immunity and helps prevent infection.