The vibrating fork that helps you lose weight

Have they gone too far? This Florida-based product vibrates when you're eating too fast and too much. 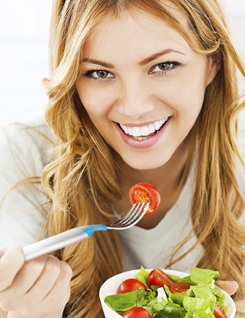 “Don’t you think you’ve had enough of those mashed potatoes? Do you really need all that butter? You’re not getting up for a second helping are you?”

Ah, the joys of dining out with those self-appointed guardians of our health. We all have at least one of those busybody supervisors in our lives. Maybe you’re one yourself.

It now seems we can add cutlery to the growing list of opinionated dining hall monitors that dot the social landscape. 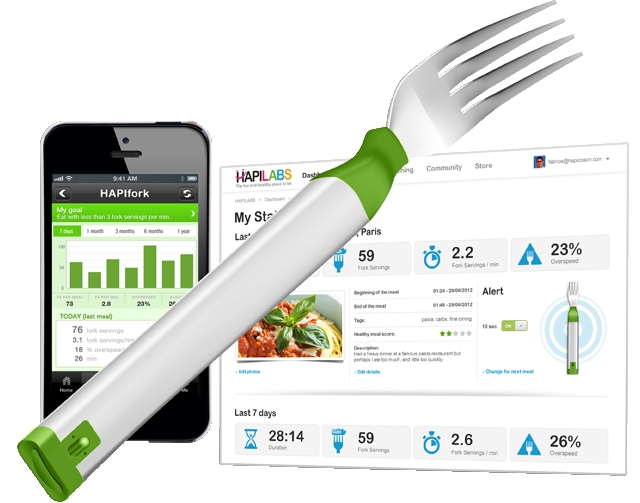 The HAPIfork shown in green with the mobile app and online component.

A recent article in The Toronto Star reported on a Florida-based company called Hapilabs that’s promoting a smart utensil called a HAPIfork, which is designed to tell you if you’re eating too fast and too much. As if your sister’s nagging isn’t discouraging enough, you can now expect your fork to vibrate whenever you eat too fast, by registering how much time it takes you to transfer that forkful of chocolate cake from the plate to your mouth.

The HAPIfork, available some time this year, was invented by a man seeking control of his own eating habits. It can be hooked up online or as part of a mobile app that focuses on eating habits and exercise routines.

Expect an equally motivated spoon to appear in the future. But really, who wants to live in a world where a fork wants you to be able to fit in that bikini more than you want it for yourself?