Don't be too quick to judge Gwyneth Paltrow’s cookbook

Despite the media scrutiny, our writer makes a strong case for investing in Gwyneth's new book. 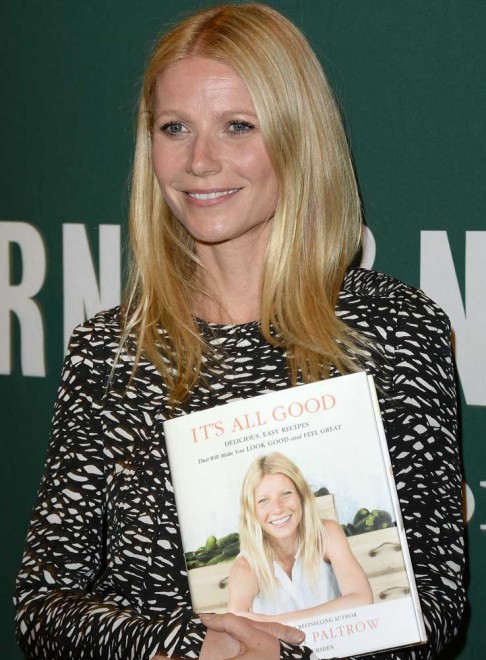 Gwyneth Paltrow signs her new book It’s All Good: Delicious, Easy Recipes That Will Make You Look Good and Feel Great at Barnes & Noble bookstore at The Grove on April 3, 2013 in Los Angeles, California. (Photo by Jason Merritt/Getty Images)

Critics are skewering actress Gwyneth Paltrow for the contents of her new cookbook, It’s All Good. Criticism of the actress and lifestyle entrepreneur’s second adventure in culinary publishing — her first cookbook, My Father’s Daughter, came out in 2011 — centres mainly on the health ideas that the book’s more than 180 recipes support.

The recipes are designed to facilitate a short-term elimination diet that eschews processed foods, coffee, alcohol, dairy, eggs, sugar, shellfish, deep-water fish, wheat, meat, and soy. While some readers may be wondering what’s left in the proverbial pantry, Paltrow provides recipes for such items as Thai-style chicken burgers and gluten-free fish fingers.

Hardly an exercise in decadence, the book could be considered a cleanse-based cookbook not unlike Dr. Alejandro Junger’s Clean (on Junger’s advice Paltrow undertook the elimination diet). So impressed by what she perceived as the positive health results — previously she’d been suffering from migraines — Paltrow chose to create a cookbook centered on the diet.

It’s that intention that seems to be what irks critics. One Atlantic writer referred to It’s All Good as the zenith of  “laughable Hollywood neuroticism about eating”.

The New York Post raised concern about Paltrow’s legitimacy as a health expert arguing, “Her cred as a health guru is as sketchy as her foodie-ism, especially given the numerous health-trend trains she’s ridden over the years, from a macrobiotic diet to cupping acupuncture.”

It’s not just the point of view that founds her recipes that bug people, however, it’s the price tag that comes with making the food. One Yahoo writer went as far as to break down how much it would cost to feed a family using Paltrow’s recipes. The cost: around $300 a day.

Discussion surrounding the merits of Paltrow’s take on the evils of gluten aside, it hardly seems fair to hold her to a nitpickier standard when it comes to the economic accessibility of her recipes. Perform the same math on any cookbook by any popular author, from Nigella Lawson to Jamie Oliver to Ina Garten and you’d find out what every recipe lover already knows: it ain’t cheap to follow their recipes either.

Like Gwyneth, Nigella, Jamie and Ina don’t appear to be struggling financially, but rather come up with their recipes from the comfort of their privilege. To be fair to Paltrow, I think most food critics would be hard-pressed to come up with a successful cookbook author who isn’t living a real-life episode of Lifestyles of the Rich and Famous.

I can’t speak to Gwyneth’s health credentials, or her awareness of global financial hardship, but as an owner of a well worn copy of My Father’s Daughter I can say she knows how to make some pretty tasty food. And if anyone can make an elimination diet appetizing, my net worth, which hovers around $100 on a good week, is on Gwyneth.

Tell us, do you think it’s fair that everyone hates on Gwyneth so much?