How getting more sleep, sticking to a schedule and taking control of your emotions can help you beat your food addictions. 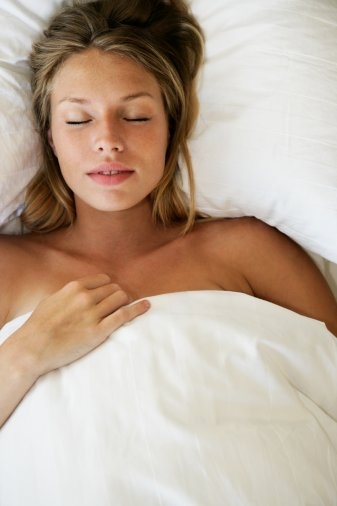 You may think that your midday or late-night cravings for carbs for sugar have everything to do with what you eat — or overeat — but environmental and lifestyle habits play a big role too. Here are five tips to curb your cravings that have little to do with what is on your plate and will leave you feeling fuller longer.

1. Get more sleep
Even a short-term sleep debt can cause metabolic disruption. After only a few nights of sleep deprivation, glucose tolerance tests make otherwise healthy people appear prediabetic. Specifically, regulating blood sugar after a high-carbohydrate meal can take up to 40 percent longer than normal! Sleep deprivation makes us wake up with higher amounts of the stress hormone cortisol, which fuels appetite and increases our cravings, particularly for sugary and carb-filled treats, even when we have eaten enough. Not only does poor sleep pack on pounds, good sleep actually helps you to lose weight by influencing the hormones that control your appetite and increase your metabolism.

Bottom line: A 2004 study at the University of Chicago was the first to show sleep as a major regulator of appetite-controlling hormones — it boosts leptin, the hormone that tells you to put down the fork. In the same year, researchers at the Stanford School of Medicine found that subjects who had only five hours of sleep per night experienced an increase in their BMI, regardless of diet and exercise.

2. Improve the health of your gut
Your cravings have a lot to do with what is going on in your gut, literally. Researchers in Switzerland studied two groups of men, those who crave chocolate daily and those who are indifferent to it. They found that the former group had different colonies of bacteria in their stomach than their counterparts who were better able to resist the lure of chocolate. This isn’t the first time studies have shown the link between your gut flora and your weight (and more specifically, insulin levels).

Bottom line: To keep things moving along daily I recommend adding a non-psyllium fibre supplement twice daily in water or smoothies, probiotics upon rising and before bed, and plenty of H2O. Lastly, I advise all my patients to take a magnesium supplement, preferably in glycinate or citrate form. It induces relaxation, reduces blood pressure, decreases cravings, and aids insulin sensitivity. Begin at 200 mg and keep increasing the dosage until you reach bowel tolerance (loose stools).

3. Stick to a schedule
Believe it or not, your hormones (and your body overall) function at their best when you keep to a consistent eating schedule. A recent study published in Cell Metabolism found that mice fed a high fat diet during certain times of the day (within an 8 hour period) weighed 28 percent less than their counterparts that consumed the exact same diet but were allowed to eat whenever they wanted. An older study manipulated “dinner time” for 22 obese and 24 healthy-weight individuals. They found that the obese group ate more when they thought they were eating after their regular dinner hour than they did when they thought that they were eating before.

Bottom line: For reduced cravings and balanced blood sugar levels, aim to eat within one hour of rising and then every 3-4 hours during the day. Stop eating approximately 2-3 hours before bedtime.

4. Have more sex
Satisfying your sexual appetite can help quell your growling stomach. Our libido and sex drive is determined by a set of complex physiological processes that involve delicate interactions between our brain, body and hormones. For instance, an appetite-suppressing compound in the brain also controls our sexual arousal by stimulating the release of oxytocin. Also involved in sexual responsiveness and orgasm, the hormone oxytocin counteracts stress and depression by combating the harmful effects of cortisol — which boosts appetite. One study found that mice that had been bred without the ocytoxin gene displayed a significantly enhanced intake of sweet and non-sweet carbohydrate solutions. This ‘love hormone’ has also been shown to prolong gastric emptying in the stomach so you feel fuller, longer.

5. Stop eating your emotions
If you’ve ever drowned your sorrows in a tub of ice cream then you’ve self-medicated with food to boost your neurotransmitters, particularly serotonin. Both low serotonin and/or high cortisol are a common cause of cravings. If you suffer from mild depression or your cravings tend to correspond with a dip in your mood, I recommend 5HTP, a derivative of tryptophan that contributes to the creation of serotonin.

Bottom line: Take 50-150 mg, divided into doses throughout the day or immediately before bed. Do not combine with other antidepressants or SSRI medications.

For excess cortisol and improper sleep patterns, I prescribe relora. This supplement can significantly reduce cortisol and raise DHEA within two weeks of use. Take two before bed and one in the morning to ease the effects of stress and improve your rest.

If you are over the age of 40 then melatonin is not only known for improving REM sleep, but can improve insulin and blood sugar levels, and even give your thyroid (the master of your metabolism) a boost.

When do you most crave carbs?

Natasha Turner, N.D. is a naturopathic doctor, Chatelaine magazine columnist, and author of the bestselling books The Hormone Diet and The Supercharged Hormone Diet. Her newest release, The Carb Sensitivity Program, is now available across Canada. She is also the founder of the Toronto-based Clear Medicine Wellness Boutique.