The celeb with the most gruelling diet and fitness routine

Celebrities are known for their wacky diets and intense fitness routines. Find out which leading lady has the most intense regimen of them all. 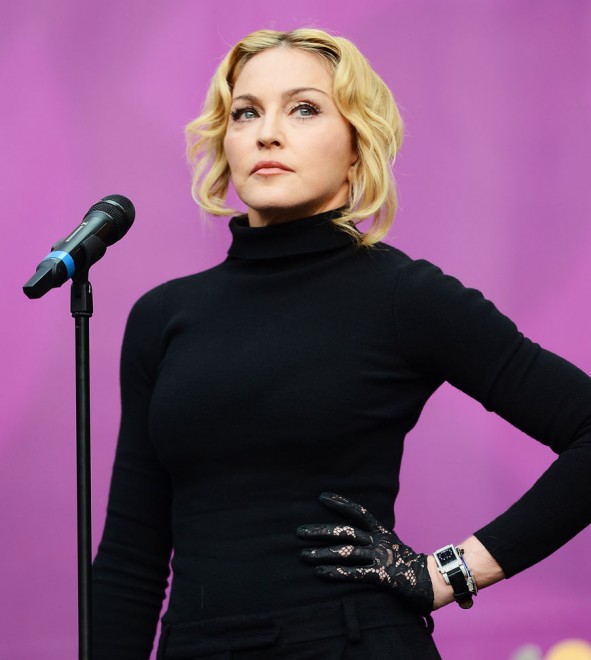 Madonna speaks on stage at the “Chime For Change: The Sound Of Change Live” Concert at Twickenham Stadium on June 1, 2013 in London, England. (Photo by Ian Gavan/Getty Images for Gucci)

Like many people, I’ve read my fair share of Celebrity Diet Secret articles over the years. Occasionally, I’ve even tried to follow one or two of the starlet-approved eating programs or fitness regimens.

Unfortunately, I’ve never had the discipline to follow any one of them for too long. Maybe it’s because about halfway through squeezing the lemons for the infamous juice cleanse (lemons, maple syrup, cayenne pepper), it dawned on me that I am not Beyonce and no one really cares what I look like in a bathing suit. Even I don’t care that much.

I put the lemons down.

But just because I can’t live on cayenne pepper, maple syrup and lemon juice, doesn’t mean I don’t still derive some curious enjoyment from reading about how other people do. Who of all the hardbodied stars in the celebrity firmament, which we never tire of gazing upon, follows the most difficult dietary regime, though?

No, it’s not Gwyneth Paltrow or Posh Spice. It’s Madonna, or so suggests The Cut’s Rebecca Harrington, who makes a habit of trying out celebrity diet and fitness routines on the site.

What do you eat on a macrobiotic diet? (Other than your heart out every time you walk past a bakery, anyway.) Harrington appears to have (barely) survived on miso soup, barley, tofu and an assortment of sea vegetables.

I can only imagine what it must feel like to be Madonna: the discipline, the money, the fame, the endless miso-soaked sea vegetables. I enjoy imagining all of it while I pick up a loaf of oatmeal molasses bread at my local bakery every Saturday. And while I respect the 54-year-old pop icon’s epic endurance and envy her pert derriere, I have to admit that it still feels pretty good to be me, especially when I get home, park my sagging backside, and slather a slice of still-warm oatmeal molasses with strawberry jam.