Rachel Frederickson admits that her efforts to lose 155 pounds may have been a little too enthusiastic. 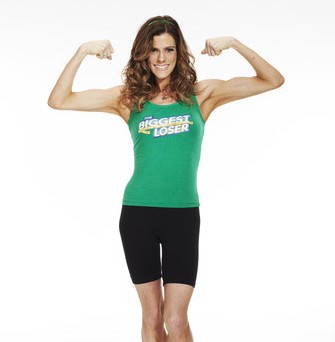 The latest winner of The Biggest Loser caused an online furor when she appeared looking frail and wan during the season finale of NBC’s popular reality series. Rachel Frederickson, 24, lost 155 pounds to take the title of Biggest Loser, a victory that comes with a $250,000 cheque. Her starting weight was 260 pounds. Now, at 105 pounds, she’s an estimated size 0–2.

Details later emerged that indicated that Frederickson may have put undue pressure on herself, working out most of the day. During a post-victory press conference she admitted that she was on the treadmill while she worked and took three to four fitness classes (Zumba and spin) a day, six days a week. During that period, she made sure to only ingest 1,600 calories a day (via Jezebel.com).

Now, in an interview with People magazine, Frederickson appears to have mixed feelings about how far she went in order to lose the weight over the seven-month period that she worked with the show.

“Maybe I was a little too enthusiastic in my training to get to the finale,” she told People (via Jezebel.com).

But she was quick to dismiss claims that she had an eating disorder. “I am very, very healthy,” she said.

Her personal trainer on the show, trainer Dolvett Quince, was more cautious in his view of her approach to diet and fitness. He tells People that he was “shocked” by her appearance on the finale.

“That’s just too much,” he said, referring to his first thought when he saw her weight loss.

Concerns about Frederickson’s health aside, her story reveals how unrealistic it may be to expect an adult woman to achieve size 0 status without doing herself some harm. If getting to size 0 requires working out almost constantly and eating a fraction of the calories needed to sustain such an effort, perhaps more of us ought to be relieved that we’re clocking in at sizes 6, 8, 10, 12 and beyond.