Decoding Six Of The Most Common Food Additives

Don't know your soy lecithin from your sodium benzoate? Here's the lowdown. 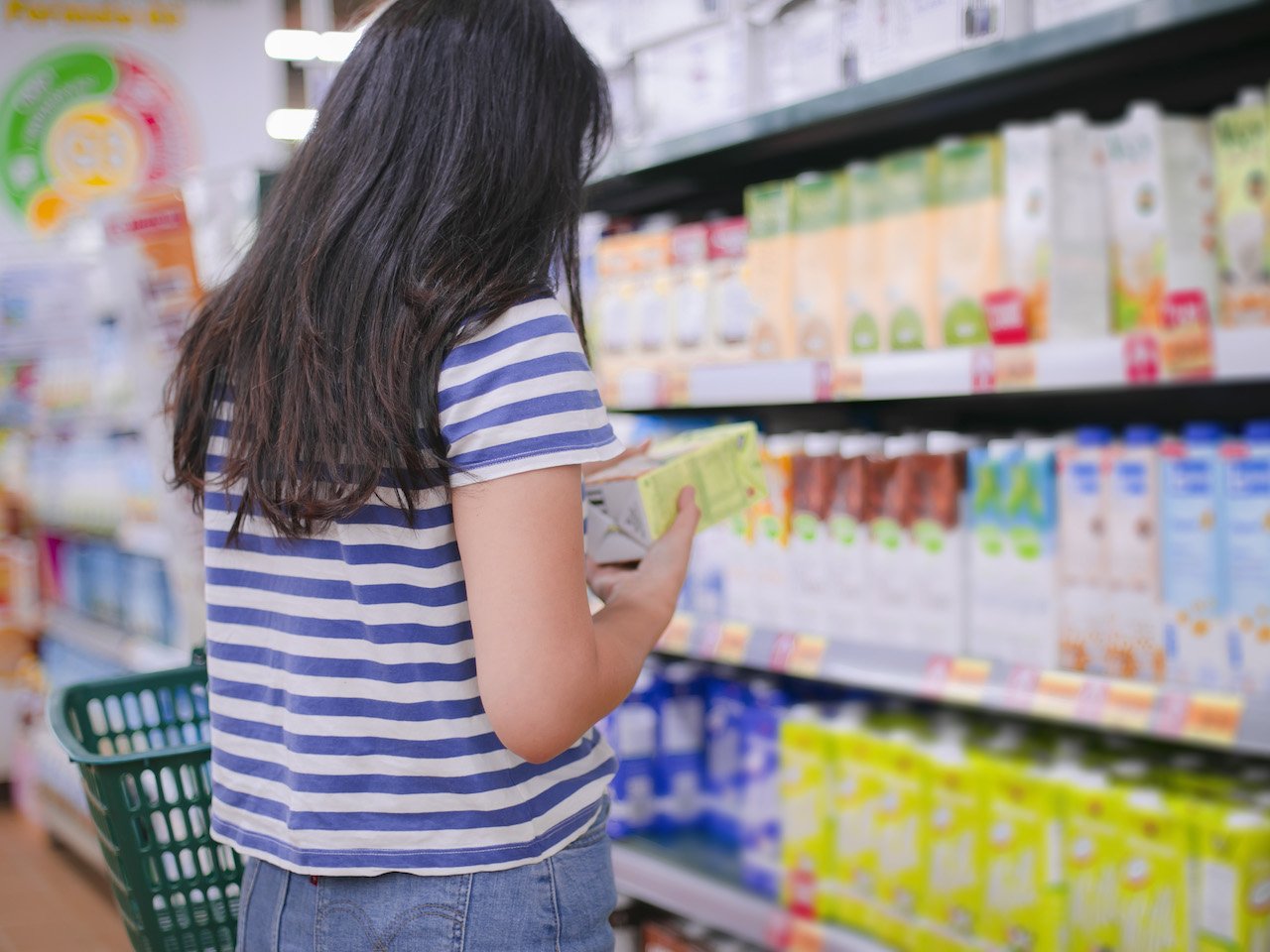 “I won’t buy it unless it’s something I can pronounce.” You’ve heard that before. Maybe you’ve even said it yourself about ingredients in processed food found in your grocery store.

Additives are a necessary byproduct of scaling up a recipe. The unpronounceable ingredients are edible chemistry, used to make food last longer and look prettier—and those used in products sold in this country are all approved by Health Canada. Here’s what you need to know about the six of the most common food additives.

Why it’s there Soy lecithin is primarily used as an emulsifier
Commonly found in Salad dressings; dairy products; infant formula; chocolate (to keep the cocoa and cocoa butter together); non-stick cooking sprays
Basic chemistry Lecithin is made up of phospholipids, a component of the cell membranes in all plants and animals. In this case, the plant is soy.
What you need to know According to Food Allergy Canada, the protein—a.k.a. the allergen component of soy—in soy lecithin is so low it’s unlikely that anyone with a soy allergy would have a reaction. That said, the organization recommends that those allergic to soy consult their allergist before consuming this additive.

Why it’s there Sodium benzoate acts as a preservative; it’s particularly good at inhibiting mould growth.
Commonly found in Juice; carbonated beverages; pickles; salsa; dips
Basic chemistry Sodium benzoate is synthetic. It’s made when benzoic acid—which naturally occurs in cranberries—reacts with sodium hydroxide.
What you need to know Though approved for use by Health Canada in small amounts, sodium benzoate is an unpredictable substance as it can convert to benzene, a known carcinogen. Andrea Gray-Grant, who owns Good to Grow, a Vancouver-based company that helps new food processors get to market, advises her clients to steer clear. “There are other things to use as a preservative—lemon juice, sugar, salt.” She notes that Whole Foods considers this additive to be an “unacceptable ingredient” and won’t carry products that contain it.

Why it’s there Carrageenan is used as a thickener.
Commonly found in Ice cream; sour cream; chocolate milk; yogurt products; dairy alternatives; puddings; deli meats; candy
Basic chemistry It’s a natural product made from edible red seaweed.
What you need to know “In large doses, carrageenan can cause gastrointestinal upset and diarrhea, but at levels used in foods, it doesn’t seem to be of concern,” says Walter Dullemond, a food scientist and founder of the food label consultancy FTC International in Vancouver.

Why it’s there Calcium sulphate acts as an anti-caking agent, thickener, stabilizer, coagulant (transforming a liquid into a solid or semi-solid state) and conditioner (improving, for example, the quality of baked goods and extending their shelf life).
Commonly found in Breads; pastas; baking powder; cheese; tofu
Basic chemistry Calcium sulphate is a naturally-occurring mineral derived from limestone, also known as gypsum. It’s calcined (subjected to very high temperatures) many times to be pure enough to eat.
What you need to know “The level consumed is typically less than 0.10 percent of a food product,’ says Dullemond, who says there are no issues associated with this amount.

Why it’s there Processing can change the colour of food in unappetizing ways, so new colours are added.
Commonly found in Blueberry and strawberry products; candies; breakfast cereals; pop
Basic chemistry Most of the artificial colours used in food products are synthetic Azo dyes, which are generally safe at specific levels of use as deemed by Health Canada. Natural dyes are powder or oil-soluble extracts like paprika, spinach, beet, carrots, black carrots, turmeric and various other edible plants.
What you need to know “Yellow synthetic dyes have been known to cause allergic reactions in people who suffer from asthma, but natural dyes have no serious health concerns,” says Dullemond. “In the past 10 years the use of artificial dyes has been greatly reduced, and manufacturers have been switching to natural colours.”