If nothing else, preparing for a triathlon has given me an appreciation for cross-training. Over the years, I've been a dabbler: a hatha yoga class here, an evening jog there. But I've never kept up anything for very long, or with any consistency, let alone alternated between more than one activity. 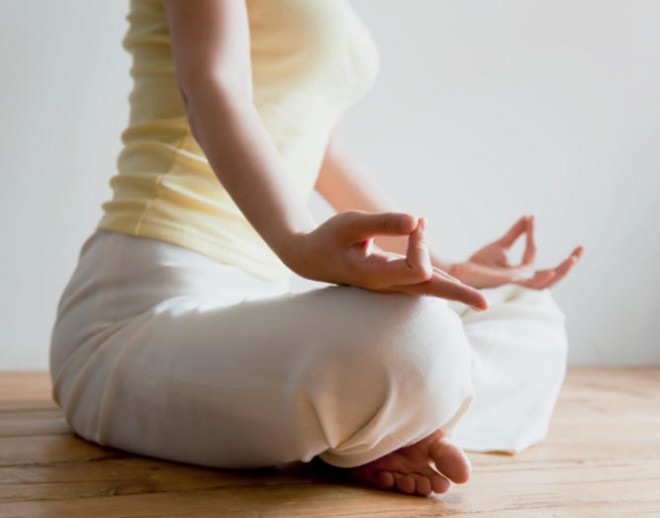 If nothing else, preparing for a triathlon has given me an appreciation for cross-training. Over the years, I’ve been a dabbler: a hatha yoga class here, an evening jog there. But I’ve never kept up anything for very long, or with any consistency, let alone alternated between more than one activity. The closest I came to commitment was a few years ago, between my third and fourth pregnancies, when I ran regularly for several months; but that ended when I couldn’t walk up stairs anymore. My knees couldn’t handle it.

So, pain and injury are on my mind when I start running regularly again, in preparation for the triathlon. Oddly, this time around, my knees don’t hurt.

And I think I know why. The secret is cross-training.

In fact, you might say that yoga class is where this project really started. My youngest child was about eighteen months old when I began attending two yoga classes a week at a hot yoga studio. The work-out was harder than anything I’d ever done, but I was able to pace myself as needed, pushing when I felt good, and easing up and listening to my body when I was tired: excellent practice for the journey ahead, though I didn’t know it at the time.

At yoga, my knees didn’t hurt. And I didn’t lack for motivation. The zen-like studio offered exactly what I craved after being home with small children all day: a peaceful hour or two to sift through my thoughts. Without even noticing, I was creating discipline, and making space for physical activity.

So when the triathlon notion arrived (fittingly, at the yoga studio, after a particularly happy class), the foundation had already been laid. My body was stronger at the core, my joints were more flexible, and my husband and kids were used to me leaving the house in exercise gear.

As I’ve increased the frequency of my work-outs, steadily and slowly, I’ve stuck with the yoga classes, like sticking with an old friend. I think of them differently now: they are no longer my hardest work-out; instead, they are a place to stretch and restore. Meanwhile, my runs build endurance, both mentally and physically; cycling on the road is a rush; and swimming, masked behind goggles and ears plugged with water, is like being in another world.

Taken altogether, I’m never bored. Best of all, I can still walk up stairs.