Could a plus-sized Disney princess help kids with body image?

Disney princesses may encourage young girls to be compassionate, kind and brave, but they're sorely lacking in one area. 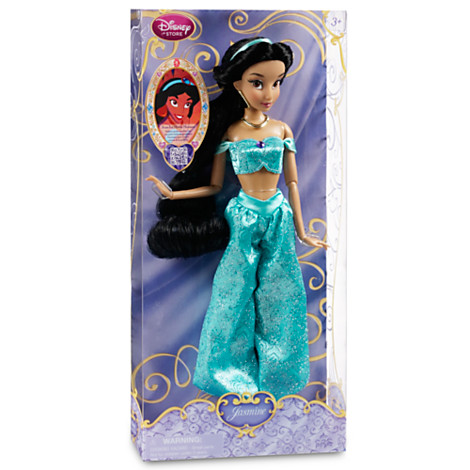 It’s not easy being a girl in a culture that relies on flawless images of perfectly proportioned young women to sell everything from cars to hamburgers. Adults are savvy enough to understand the magic of Photoshop and to put these images in context. But girls and young women may be less able to square what they see around them with the reality they see in the mirror. Not surprisingly, for many girls being thin is associated with ideals of beauty, while being large, or even having a healthy body weight, is associated with unattractiveness.

To combat this situation, one U.S. teenager is calling for the creation of a plus-sized Disney princess.

Jewel Moore “launched the ‘Every body is beautiful’ petition on Change.org to encourage more positive representations of plus-sized women in the media,” reports Marie Claire.

Moore, who describes herself as plus-sized, is asking that the famed animators do their part in creating a positive role model for kids who struggle with their weight.

“If Disney could make a plus-sized female protagonist who was as bright, amazing and memorable as their others, it would do a world of good for those plus-sized girls out there who are bombarded with images that make them feel ugly for not fitting the skinny standard,” said Moore. So far, she has collected 25,000 signatures.

Whether or not Moore will ultimately be successful in her project — it’s wise to remember that Disney princesses aren’t just pretty; they also give life to many admirable traits and characteristics such as compassion, kindness, bravery, etc. — her desire to find herself and others represented positively in the culture shouldn’t fall on deaf ears.

More importantly, here’s hoping those 20,000+ signees decide to implement some of those ideals in their own lives. That may start with mothers, daughters and sisters not falling into the “I’m fat” thinking trap, and with all of us putting an end to bullying girls about their bodies. Because Disney princesses are great, but their magic doesn’t always make it off the screen and into real life.

For that, we need real-life heroes.