When did the bedroom become the family room?

The trend of children and teens sleeping in their parents' beds has raised major concern over the boundaries being ignored for children as a whole. 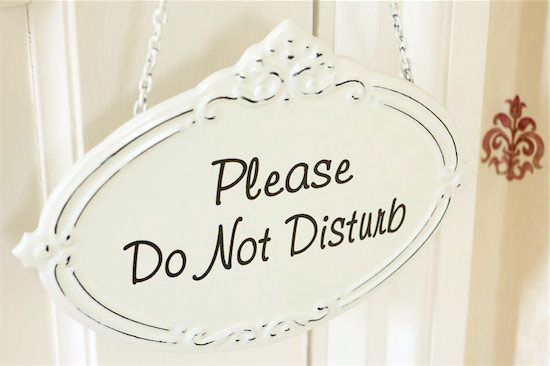 Why do more and more parents think it’s OK for children to sleep in their beds full time (Photo by Masterfile)?

When I was a child I wanted nothing more than to put aside childish things. How I craved my entrance into the mysterious sophisticated world of grown-up ideas, conversation, movies, books and parties.

The demarcation lines between childhood and adulthood were more clearly drawn then — at dinner parties, kids were trotted out to say a polite goodnight to guests who smiled and patted them on their heads as they departed for their own beds in their own bedrooms.

Now, traditional grown-up fare is scarce, with social occasions frequently dominated by kids, or talk about kids — even what we read and watch is tilted in the wrong direction (you know you’re in trouble when a group of middle-aged men and women discuss, with straight faces, Taylor Swift’s dating history and the Twilight series) — and when it’s time to say goodnight, it seems many moms and dads and their crazy-glued progeny are retiring to the family bed, together.

Alone at last, just the four of us!

According to “Battle of the Bed”, a recent cover story in Maclean’s, increasing numbers of children, some in their teens, are taking up nightly residence in their parents’ beds.

While some attachment-parenting enthusiasts may encourage this convoluted sleeping arrangement, for others — dubbed “reactive co-sleepers” by experts, or “disgruntled dads” by us — it’s an endurance contest that sees many men giving up and seeking out the comfort and privacy of the guest bedroom.

Estimates are that 20 to 30 percent of kids suffer from “behavioural insomnia” says the magazine, which leaves befuddled, overtaxed parents on the ropes trying to decide which is more important, immediate consolation or a long-term strategy of sleep autonomy for themselves and their kids.

Too often, the end result is no one is sleeping well, which isn’t a good situation for either adults or children.

It’s easy to understand why overworked parents opt for the Chamberlain approach. Peace seems like the only choice when you’re exhausted and in the presence of a red-faced, sputtering toddler. However, acquiescing to tyranny, no matter how cute and sympathetic the dictator, doesn’t serve anyone well over the long haul.

Maybe it’s time to reinstate traditional boundaries — for kids and parents alike, turning the bedroom into a battleground, threatens to devolve into sleeping with the enemy.

Tell us in the comment section below: Did/do you ever let your kids sleep in your bed?