4 major cell phone health risks and how to avoid them

How to minimize neck strain, relax more and sleep better without giving up your device. 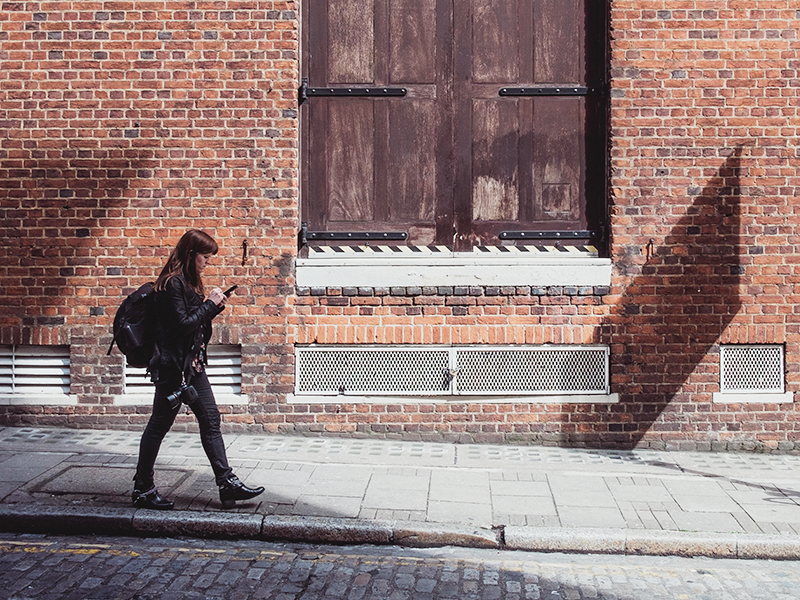 The modern-day cell phone has long evolved from a device that simply makes calls: Recent research found that Canadians spend 86 percent of their time on smartphones using apps. Surveys have found that we’re spending nearly a third of our day (outside of work) looking at screens and that we check our phones 221 times a day, so it’s good to be aware of potential cell phone health risks. “We live in a screen-based world and that’s not going anywhere,” says tech journalist Amber Mac. “There’s no future that does not involve screens.”

Here are ways to minimize the impact of the most common problems.

When you angle your head to look at a smartphone, the weight on your vertebrae increases. Photo, Dr. Kenneth Hansraj.

Strain on your neck

Your head weighs about 10 to 12 pounds, but when it’s angled down, gravity pulls with a force that can equal up to 60 pounds — that’s equivalent to carrying an eight-year-old on your shoulders. When you flex your neck forward to look down, the head is no longer supported by the whole vertebrae. “The neck muscles end up doing most of the work,” says Cathryn Edmonds, an occupational therapist at Sunnybrook Hospital’s Holland Musculoskeletal Program. “This repetitive neck stress injury forces the neck to support six times the weight it was designed to. It’s not sustainable weight.”

A 2014 study found the stresses of poor posture and hunched shoulders over your phone “may lead to early wear, tear, degeneration and possibly surgeries.”

Phones can be used in any position, says Edmonds, so keep your chin away from your chest, your ears in line with your neck and your phone at eye level.

Video: 4 moves to improve your posture

Interruption of your sleep cycle

The blue light emitted from smartphones’ screens has been shown to suppress melatonin, the sleep-inducing hormone, which could affect the body’s natural circadian rhythm. The solution is easy: put your phone away an hour before bed. If you absolutely can’t disconnect, turn the brightness all the way down and add a warming filter to decrease the blue light. On Apple devices, the built-in Night Shift filter adds an orange tint that reduces blue light. (You can activate it by under the “Settings” feature.) For Android devices, apps such as Twilight can filter out the blue light.

Related: 3 signs you have insomnia

If you’re constantly gripping, swiping and tapping on your phone there’s a chance you could be straining the tendons on the thumb side of your wrist. “Blackberry thumb,” also known as De Quervain’s tenosynovitis, can result from any type of repetitive motion, including canoeing, tennis or manual labour. Earlier this year, people believed larger, heavier cellphones were bending their “smartphone pinky,” but experts were doubtful.

Chances are every time you pick up your smartphone, there’s something new to check. Whether it’s a “Like” on Instagram, a breaking news alert, a “Snap” from a friend or an unread WhatsApp message — it’s hard to ignore. We are hardwired to crave novelty and instant gratification (here, in the form of a red notification) rewards our brains with a burst of dopamine. This endless cycle of wanting to unlock new content is called a “compulsion loop,” a factor also at play in gaming and drug addition.

More:
The toxic effects of workplace stress
The best fall reads: 27 awesome books for tea-and-blanket season
I drank a ton of water for a month to see if I’d turn into a supermodel