Women often have an unhealthy relationship with their boobs. As with too many parts of our bodies, it’s something we’re rarely satisfied with; they’re too big, too small, too saggy or too lopsided. 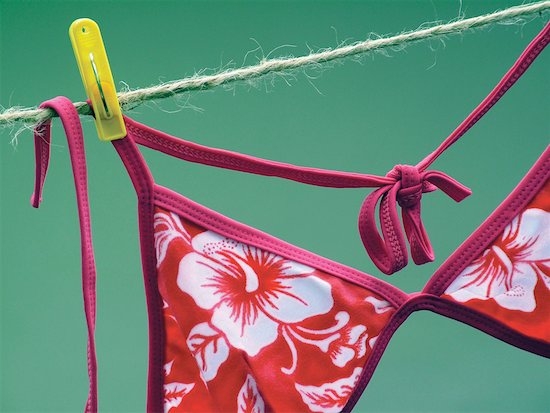 Women often have an unhealthy relationship with their boobs. As with too many parts of our bodies, it’s something we’re rarely satisfied with; they’re too big, too small, too saggy or too lopsided. And it’s a something that starts early. After all, when Margaret was asking God if he was there in the beloved Judy Blume book, she wasn’t praying for famine relief; she was hoping for a bigger rack.

A recent story in The New York Times – For the A-Cup Crowd, Minimal Assets are a Plus – points to a revolution of sorts under the sweaters of women who have embraced their admittedly tiny breasts. While social messages – oh, social messages; always causing problems – have pressured many women into heavily padded bras and even surgery, these women are delighted with their bodies and love that they can get by without wearing underwire (or even a bra), exercise without the additional risk of back pain, and wear a very deep V without causing car accidents or risk men never making eye contact.

According to the article, there’s been a boom in websites, Facebook groups and customized services for ladies who love their little boobs. For example, the blog smallbustbigheart.com, the Facebook group “Flat Chested and Proud of It!”, and Lula Lu, a website and boutique in San Mateo, California that caters to A cups and where the motto is “Small is beautiful.” While so many women obsess over making their smaller breasts appear larger, photographer Sabrina Lightbourn, who delights in clothes that make plain “that you don’t have much,” sums up her small chest this way: “In my mind, they are fabulous.”

Females spend so much time altering their appearance – we’re always lifting or separating or camouflaging or minimizing. Just this morning, I was pondering precisely what to do with a new, off-the-shoulder sweater dress that looks kind of odd with exposed bra straps. I considered one of those boob-crushing spandex bandeaus, but then I found myself just wishing my breasts were just a little smaller and more cooperative. And then I started thinking about how much time I’ve dedicated to worrying about what I look like in a bathing suit, and I realized that if I added up all of that time and used it to learn French, I would now be fluent in a foreign language.

Anyway, the point is that worrying about boobs – unless they’re causing some sort of health problem – is just another trivial obsession that keeps many women from embracing their lives Whether boobs are big or small, too many women will never allow themselves be happy with how they look. Any healthy set of boobs is a great set. So stop worrying about sagging or unfilled dress darts; the grass is always greener, but your lawn’s probably pretty awesome, too.