What to expect 'down there' after menopause

Actress and comedian Cathy Jones talks to Chatelaine about vaginal health and why it's a part of her one-woman show. 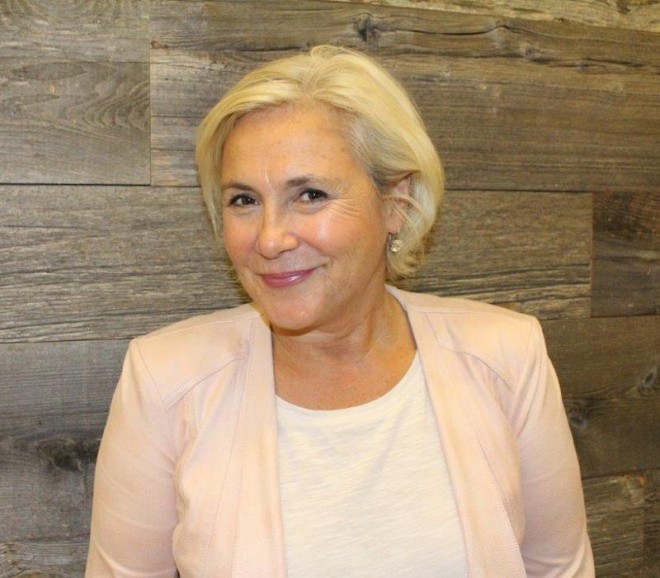 When Cathy Jones had her daughter at age 40, the increased risk of pelvic floor issues made her pay much closer attention to what was going on down there. Now, 20 years later, the This Hour has 22 Minutes comedian is still focused on her lady bits, working material about menopause and even vaginal atrophy into her touring one-woman show, Stranger to Hard Work. She wants to deliver the message that, contrary to many cultural cues, there’s plenty to look forward to as a living, breathing, sexual woman in the later stages of life. She spoke with Chatelaine while she was in Toronto.

Why are we on the phone talking about vaginas?

Yeah, a lot of people don’t want to talk about vaginas, but I’m right into it. I have a lot of friends who are heading into menopause — they’re looking at me, sweating from a hot flash, and they’re freaking out. I’m realizing “Oh my god! They’re coming through the portal!”

Related: Pelvic prolapse — Why Kegels should be your new best friend

A portal to hell?

No! One of the reasons I’m passionate about all this is it’s important to keep things going in terms of vaginal health. After menopause, the tissues of the vagina are lacking estrogen and they start to get dry and irritated. That leads people to say things like “I don’t even want to go to the doctor to get my pap smear,” because it’s painful. But it’s an incredibly important aspect of aging that I think a lot of women aren’t talking to their doctors about, and a lot of doctors aren’t talking to women about. People so often refer to “dried up older women” — it’s so insulting. The ease with which people talk about erectile dysfunction . . . nobody talks about anything that happens to women. They just sort of push them aside and move on to somebody younger so they don’t have to discuss it.

What are some misconceptions about menopause? Would you count ‘Oh, I’m just going to be dried up’ as one of them?

It doesn’t have to be that way. Men’s testosterone goes down gradually, like that guy Sully landing that plane on the Hudson River. Finally, they’re like 116 years old and still trying to have a go at the nurse. And she’s like, “Wait til I get your catheter out!” It’s like men have always been characteristically still interested in sex in their 80s and 90s. But women don’t have to just grin through what happens when we get older.

So if the testosterone drop in men is like Sully’s plane landing, what’s the estrogen drop like for some women? A meteor crash?

It’s like one of those big rides at the fair where you suddenly go “Woaaah!” and are dropped down. You’re losing a lot of estrogen quickly and you’re going down hard. That’s why it’s a difficult passage for people, there’s all kinds of things going on in your mind.

Related: How to know if hormone replacement therapy is right for you

Let’s talk silver linings — what’s there to look forward to?

Sometimes you hear the saying “Every decade is better,” and you’re thinking “Wha? How’s that possible?” But it is better for me in my 60s, and I was so scared of reaching this age in my 40s. Knowing you’re not going to lose that connection of feeling aroused or healthy down there — that’s a really important thing to know. You may be changing, but you’re not losing a great deal.

How much can people expect to hear about vaginas when they come see your one-woman show?

I want to say that when you’re talking to me, you’re talking about vaginas a lot. But seriously, just a bit. I just talk about how we shouldn’t let it go – I chastise the audience for starting to wear those funny glasses that women start wearing in their late 60s.

Yeah! Like plaid glasses and glasses that look like bowling ball material. They’re like glasses that say “Go away! There’s nothing to f–k here!” There’s no need to wear those funny glasses if you keep things going.

Editor’s note: Cathy Jones is a comedian and advocate for vaginal health. She is also part of a campaign funded by Novo Nordisk Canada to speak publicly about the topic.

More:
How breastfeeding became the hottest new fashion trend
I researched the female orgasm for three years. Here’s what I learned
Douching is dangerous — and more common than you think