Trying to 'catch up' on sleep hurts your creativity, says study

Staying up all night for a project? You could probably do a better job if you were sleeping consistently every night. 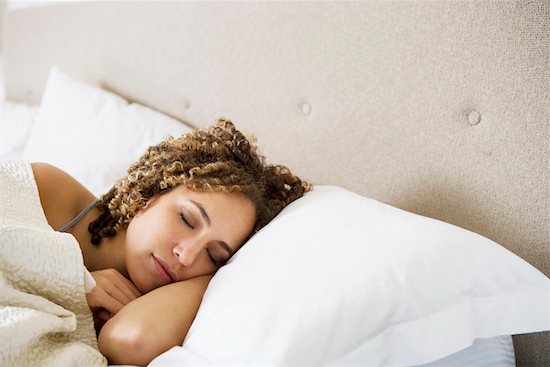 Given all we know about the damaging effects of sleep deprivation, it’s strange that some people still consider “pulling an all-nighter” a hallmark of dedication. Now a new study has found that staying up all night — and trying to catch up with additional sleep later in the week — could worsen our attention and creativity. In other words, that project you’re staying up all night to finish probably isn’t your best work.

Researchers asked participants to record how long they thought they’d slept in a sleep diary and wear a Fitbit-like device that measured their sleep length and quality through any movements they made in bed. They were asked to perform a series of tests that measured their creativity and executive functioning (also called working memory) – the ability to make decisions, focus for planning, correct errors and absorb information in a short amount of time.

They found that 27 of the 28 students were not getting a full seven hours of sleep every night. Most got less than seven hours at least three nights a week. They would “catch up” on sleep on other nights. The researchers further found that this erratic sleep pattern negatively affected creativity. “Consistent habits are at least as important as total length of sleep,” said study co-author Michael Scullin, director of Baylor’s Sleep Neuroscience and Cognition Laboratory.

All the study participants were between the ages of 18 and 24, and the sample size was small. (Plus, the effect on young adults may not be generalized to the general population.) However, researchers did note these results may have implications for art, architecture, graphic design and other similar studio-based disciplines.

If you feel like your best ideas come at night, it might be time to challenge that notion. Further study is required, but it seems that we are the most creative when we’re fully rested. Trying to make up for lost sleep doesn’t count either, according to the study’s findings — you’re better off sticking to a consistent schedule (and not procrastinating).

More:
9 cool alarm clocks – so you can stop sleeping with your phone
A blanket that promises sweet, sweet sleep has raised $3 million on Kickstarter
Subscribe to our newsletters!