Guess which country is the most educated in the world...

Canadians are graduating with post-secondary degrees more than any other country. Get all the study details here. 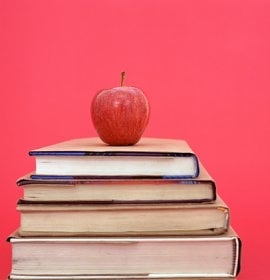 Smart enough to stay in school.

Canada is the most educated nation on the planet says the Organisation for Economic Co-operation and Development in its report, “Education at a Glance“.

And we just keep getting smarter. Canadians with post-graduate and graduate levels of education have increased significantly, growing from 40 percent to 51 percent from 2000 to 2012.

We’re so smart, in fact, we’ve managed to become an international brain box while spending less than rival nations whose performances are less impressive. Israel, Japan and the U.S. are our closest equals, though at 42 percent, the latter is almost 10 points behind the home team.

But in a world filled with countries whose children struggle to go to school, whose boys and girls are forced to work in fields and stone quarries, whose dreams of intellectual freedom — the key to upward mobility and the great social equalizer — are destined to go cruelly unfulfilled, then Canada’s educated population is not just some sort of bourgeois statistic trumpeting conventional measures of success, but an authentic triumph of personal, social and historic freedom that warrants if not celebration, then at least a grudging pat on the back.

Are you proud to have graduated with a degree? Tell us where you went to school in the comment section below.