Can you really lose a fight against cancer?

In a letter he wrote on Saturday, two days before he died, NDP leader Jack Layton addressed other Canadians who were, like him, dealing with a cancer diagnosis 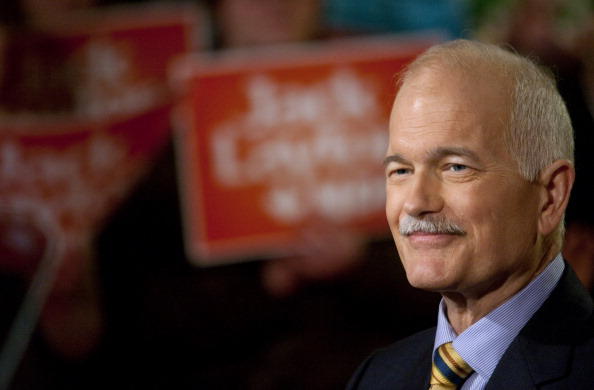 In a letter he wrote on Saturday, two days before he died, NDP leader Jack Layton addressed other Canadians who were, like him, dealing with a cancer diagnosis: “Please don’t be discouraged that my own journey hasn’t gone as well as I had hoped. You must not lose your own hope. Treatments and therapies have never been better in the face of this disease.” His encouragement is understandable — to see someone who just months earlier had been constantly travelling the country for a federal election campaign die just a short time later is difficult, and I imagine it’s even tougher to take if you are dealing with cancer yourself.

Prime Minister Harper remarked that Layton “gave his fight everything he had” but as Carly Weeks pointed out in the Globe and Mail, referring to cancer as a foe implies that it’s something that can be beaten by sheer force of will — and alternately, that those who die of cancer did not fight it hard enough. It may be a simple turn of phrase to say that Layton “lost the battle against cancer” on Monday morning, but it does him an injustice, however unintentional. Is that really how we want to describe those still rallying against this disease, whether they eventually survive or succumb?

Cancer can strike any of us, at any time. It hits the young and the old, the rich and the poor, the already ill and the vibrantly healthy. Layton was first diagnosed with prostate cancer in 2010, a disease his father had survived. The source of the Opposition leader’s newer cancer was undisclosed, but it’s clear it was aggressive; the difference between his jubilant cane-raising during the spring’s federal election campaign and his thin, raspy press conference in July was striking. Even then Layton said he would be back in the House of Commons in the fall, but it was clear from his appearance that more than his well-known optimism would be required for that to happen.

Could anyone, no matter how tough, be faulted for being unable to beat back something that deadly?

It’s only natural that we like to hear about cancer survivors — sometimes hope is all that we have to get by on, especially when we’re facing a disease that we know can kill, or watching a loved one grow thin and weak from illness and treatments. And it’s true that we have more survivors today than ever before; our methods for catching cancer early and options for treating the disease get better all the time. But still, as terrifying as it is to admit it, some people will not — cannot — survive. To say they’ve lost a battle diminishes their will in the face of their own mortality, and implies that they had choices and agency that may have been beyond them and their physicians.

When Elizabeth Edwards died earlier this year of metastasized breast cancer, many lauded her bravery against the disease in the face of her husband’s political career and the break-up of her marriage. Others applauded her honesty about her condition even as it deteriorated, and hoped that her death would bring public focus and research efforts to the fact that many people have the same sad coda to their own cancer stories.

Ernest Hemingway defined courage as “grace under pressure.” Looking back at Layton’s election campaign and his short-lived time as Leader of the Official Opposition, it’s clear he displayed that quality. Thousands of other Canadians living with cancer also show that courage every day, as they take care of their families, go to their jobs, and continue on with their lives in the face of a life-threatening illness. Some of those Canadians will be told their disease is terminal, and they will die of it. Their grace is shown in moving forward and living each day while knowing their time is limited; they are warriors, too.