Can YogaPaws help you make the most of your yoga poses?

I’ll be honest: Inner peace, or even increased flexibility, wasn't high on my agenda when I signed up for my first Bikram yoga class. I was looking for some heat. It was February, and I was living in England. It had snowed 15 centimetres one night, and I was a scruffy student who refused to run up my own heating bill. The thought of sitting in a yoga studio, heated to 40 degrees Celsius, sounded like heaven. 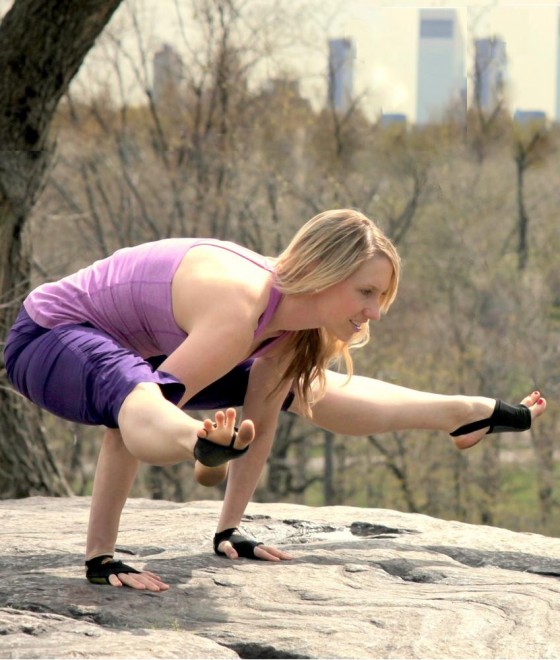 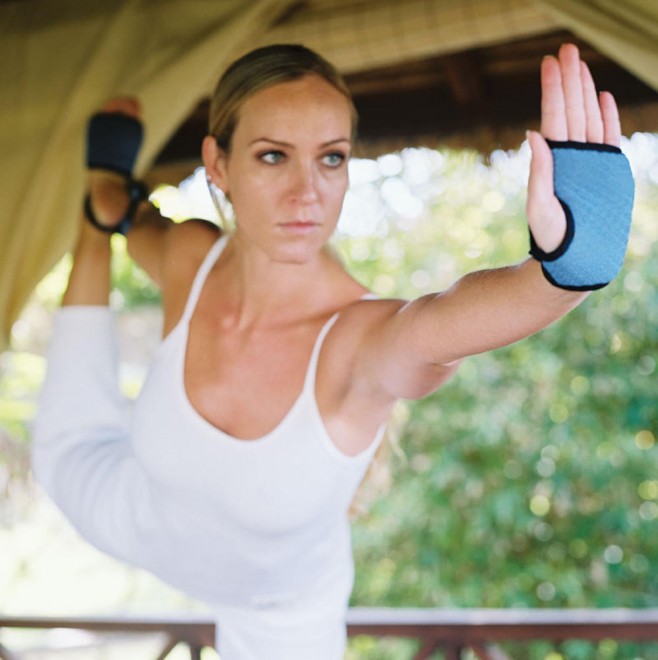 I’ll be honest: Inner peace, or even increased flexibility, wasn’t high on my agenda when I signed up for my first Bikram yoga class. I was looking for some heat. It was February, and I was living in England. It had snowed 15 centimetres one night, and I was a scruffy student who refused to run up my own heating bill. The thought of sitting in a yoga studio, heated to 40 degrees Celsius, sounded like heaven.

In Bikram yoga (sometimes called hot or FireFlow yoga), heat fills the room, and the humidity weighs heavily upon you as you stretch into pretzel-poses. Here you’ll find the hardcore yogini, and often the drill-sergeant instructor. Once you’ve acclimatized, you come to crave the rising temperatures. As you gain familiarity with the 26 poses, you stop hearing your instructor. The exercise becomes less of a strain and more a form of deep meditation.

But it’s hard to reach an inner quiet when you’re focused on firmly planting your hands and feet on a mat, which can become slippery quite quickly.

I talked to other yogis about this issue. Across different practices, I found similar responses: it’s a constant battle to stay balanced (mentally and physically) when your hands and feet keep inching up and down the mat.

Another issue is the gear. Yoga isn’t too travel-friendly — it’s hard to be spontaneous when you’ve got that cumbersome mat.

Enter YogaPaws. These clever little pads for your hands and feet are made of eco-friendly yoga mat material and recycled rubber. They instantly transform you into a yoga mat. Each paw is lined with a super-absorbent towel-like fabric that wicks away moisture to keep you from losing your cool.

I love how I can throw them into my purse, or my suitcase if I’m travelling, knowing I can strike a pose anywhere. They take up as much space a pair of socks (weighing a mere five ounces), and they eliminate the need for a mat.

I took them to a FireFlow yoga class in Toronto, and I was impressed. I got a few looks, and it did make me feel slightly self-conscious. The stares, I soon found out, were actually from those eager to learn about my cool-looking no-slip grips.

YogaPaws were created by mother-daughter team Gail and Jamie Getzwiller. The yoga enthusiasts (mom Gail has been a yoga teacher for 30 years) were looking to shoot a yoga video and wanted to use dad Steve’s Navajo-woven rugs as mats. “We didn’t want to slide off these beautiful rugs,” says Jamie, “So we came up with something clever to put on our hands and feet.”

YogaPaws feel light on your palms and forefeet and don’t interrupt your practice. I love the freedom they afford to perform yoga exercises anywhere. (I was initially tempted to bust a few moves in the Chatelaine office).

“You can go even deeper in your poses,” explains Jamie, “because you’re no longer worrying about slipping. Once you put them on your hands and feet, you stay locked in place, leaving you free to practice anytime and anywhere.”

YogaPaws keep you (forgive the pun) grounded. When I wear them I feel much more confident in pushing just that little bit further in my pose. I’m balanced on one foot, reaching the other leg high and back like a bow, feeling steady and secure. It’s nice to stop slipping on the path to inner peace.