'I had pined for small ones since eighth grade and I wasn't giving up on my dreams now. Bye, big boobs. See you — never.' 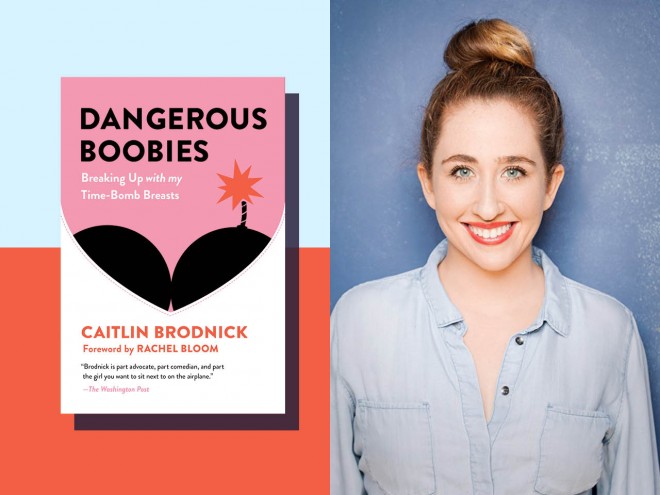 American comedian Caitlin Brodnick was 25 years old when she tested positive for the BRCA1 mutation. For the next two years, she lived in fear of being diagnosed with breast cancer; several of the women in her family had died of the disease. Finally, Brodnick decided to have a preventive double mastectomy. And once she did, she discovered an unexpected “perk” — after years of living with a somewhat unwieldy G-cup, Brodnick was able to get the breasts she’d always dreamed of with reconstruction surgery. The following is an excerpt from her new book, Dangerous Boobies.

If you ever want to feel like an Austin Powers Fembot, you should have a double-mastectomy-with-spacers combo deal. Or just buy the costume online. Whichever is easier!

I know, because during the double mastectomy, after my oncologist left the operating table, my plastic surgeon took over and turned me into a cyborg. The plastic surgeon inserted bilateral breast-tissue expanders — spacers — that had been prefilled with a small amount of saline under each of my pectoral muscles. Instead of waking up flat-chested, I’d have slightly filled spacers that created a small A-cup. This felt simultaneously comforting and alien.

I understood that the spacers were used to gently widen a space behind my chest muscles to make room for the new implants. But having my body parts pulled apart like I was a rotisserie chicken is not how I thought this would go down. I thought they could just pop an implant in there, like the time they gave a guy calf-muscle implants on MTV’s True Life: I Want the Perfect Body. Sadly, MTV is still where I get most of my plastic-surgery knowledge. 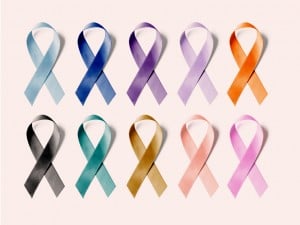 The spacers, and then later my implants, were placed behind the pectoral muscles because without the breast tissue, there wouldn’t be much other than skin covering the implant. A little bit of side muscle is also used to keep the implant in place. “You don’t want your implants sliding down your chest,” my doctor casually mentioned. Um, no, you’re right. I don’t want that. I’ll take one muscle bra, please. Every two weeks, I’d have to return to the plastic surgeon’s office, where my spacers would be slowly inflated with additional saline until they were large enough to be replaced with permanent implants. This process might take a few months as we waited for my body to adjust to each new expansion.

When I first heard this, I almost fainted (my power move). Then Dr. Pusic explained that she was creating “a little cocoon” for the implant to live in. She had me at “cocoon”! That sounded adorable. I felt immediately better. Clearly, this wasn’t her first rodeo — she was an expert at breast reconstruction and calming crazy-lady nerves. I felt like a beautiful butterfly, soon to have perfect butterfly boobies!

The spacers were comfortable enough. Each one had a small circular metal port. The nurse located that port using a medical magnet. You know, more robot stuff. When it was found, they marked me with a Sharpie marker. I’ve used Sharpie markers on numerous protest signs, so this part was relatable. She then inserted a long needle/medical syringe/nightmare into the metal port to fill my spacer with saline solution, slowly expanding my implant. I would see my breast rise as if I were giving chest birth to a POD-BABY ROBOT-ALIEN SPACE CREATURE. She would expand my spacer with about 60 ccs of saline solution — equal to about a quarter cup of saltwater — at each visit. 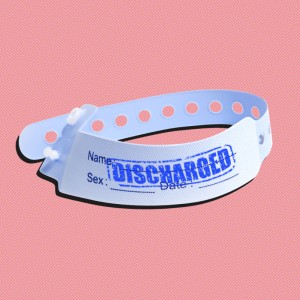 Can I be a cancer “survivor” when the bullet only grazed me?

There was no pain because my chest was still numb from the mastectomy surgery, but there was some tightness. I was still on a low dose of pain meds because the surgery was only one week earlier. When I felt a slight twinge of nerves during the process, it was considered a good sign. It meant that they were growing back.

The expansion process was easy, but looking at that needle was enough to make me want to Exorcist puke right on my nurse. It wasn’t painful, but I was squeamish. I steadied myself and made it through, plus Allen, sainted man that he is, came with me to each appointment so I could squeeze his hand until it was over.

Immediately after being expanded, my chest felt very tight and a little sore. The nurse described it as “if you had a good chest workout.” The reference was lost on me. Sometimes the pressure felt more like a fat baby fell asleep on my chest for a few hours. Other times it felt like I was wearing a really tight sports bra. With some ibuprofen, I was totally fine, except for the constant fear that the spacers would somehow be filled with too much solution and I would detonate all over the examination room. Preventing sudden bodily combustion became my top priority.

Luckily, because my body was healthy and my skin considered “young,” I responded very quickly to the gradual fills. My skin stretched smoothly, and my muscles would adjust to the new size easily, with only some tightness. I left the office each time with a few Sharpie marks and a new cup size. It’s a preteen girl’s dream: bigger boobies before bedtime!

Still, I am not a patient person, and at first I was disappointed that it would take a few months to prep my body for their new and improved boobs. I get that I can’t have Michelle Obama arms by imagining myself at the gym, but I wasn’t liking the idea of enduring this blow-up procedure over and over again. I thought it would help to leave the doctor’s office and join New York foot traffic — maybe I could feel a little more normal. But I was slower than a tourist in Times Square. I walked home thinking, “Does anyone on this street know what I just went through?!” I held my hands in front of me walking down crowded streets. Hey, SLOW DOWN! I have highly explosive packages that could bust all over my face! Be nice to me! Buy me a coffee! At least take a picture of me in front of Bubba Gump Shrimp! 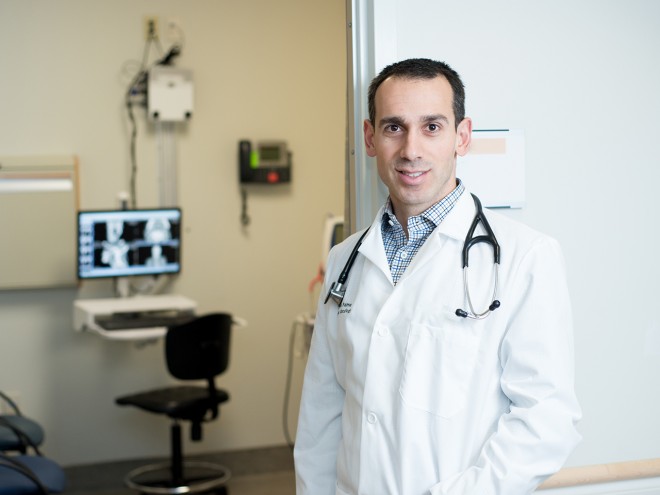 Tips On How To Navigate A Cancer Diagnosis, From A Doctor Who Knows

When my big bongos were gone, my body felt like it was on vacation. This smaller chest felt liberating. I felt like an Eastern European model or one of the confident girls in middle school, both of which I’ve envied as an adult. My little bumps were wrapped happily in their new home: a medical bra. Plus, soon the coolest part of this entire experience would finally start! And it is: I got to choose my breast size!

Actually, the coolest part is not dying of cancer. But designing your own boobs is still some badass fun for a DIY-obsessed person like me. I never liked to be expanded, but at each visit I felt a thrill, knowing that perky, proportionate boobies, hand selected by yours truly (and my doctors) would soon take their place.

Finally, after five appointments, I persuaded Dr. Pusic that my placeholder boobs had reached the correct size. She had hoped to go slightly larger, but I had pined for small boobies since eighth grade and I wasn’t giving up on my dreams now. I loved how my small spacers fitted perfectly in all my clothes and never upstaged me. I had a major case of giant-tata PTSD. No more uncomfortable inflations for this girl. Bye, big boobs. See you — never.

My doctor tried to tell me that most women who choose their implants wish they had chosen larger ones after the swelling went down. But I wasn’t having it. I loved the size of my future boobs! They were perfect: large enough to be seen in silhouette but small enough that they wouldn’t enter any rooms before I did. Finally, my upper body would look closer to a Russian ballerina and less like a Russian nesting doll. I was ready.