We live in the ultimate era of self-acceptance. So why does strapping on a bathing suit feel like you’re diving into the deep end of anxiety? 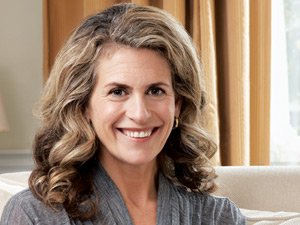 I can conjure up my favourites in a heartbeat. It’s summer, it’s the late ’60s and I’m in a navy two-piece with bright white trim, cut for action; I’m free. Later, I conquered the crashing waves in a tangerine one-piece, vivid against the steel blue of the Atlantic. One March break in Jamaica, my bikini was chambray, the colour of faded jeans. I wasn’t just free that year, I was Michelle Phillips. I was Susan Dey. I was cool.

Looking back, it makes me wonder: When did self-scrutiny become the default setting? When did free become shackled? How did bathing-suit season become every woman’s annual torment? And why do we let them hold us hostage?

It’s the great leveller, the swimsuit. We’ve all had our moments. Mine lasted a few years. It was that minefield when teenage self-consciousness conspired with the “freshman 15.” Those were the summers I squirmed in front of the camera, wrapped towels around my torso. Those were my full-coverage Speedo years. I got over them. Or maybe I got over myself. At least I wasn’t taking the cuticle scissors to the family photo albums and cutting myself out, the way my grandmother did.

Regardless of the era, we all have our tactics (and our vanities). I left the scissors alone and instead spent years extracting what I didn’t like about my body with food rules – when to eat, what to eat and how much. But you can only stay hungry for so long. And how do you control the images that feed your mind?

Our culture is so saturated with Photoshopped perfection, we wind up full of yearning and envy. It makes my grandmother’s innate, defining vanity seem so twentieth century. Today, we don’t just have our own deep-set issues – envy, ambition, self-doubt, perfectionism – to contend with. We also have, as a backdrop, an entire society fuelled by false illusions that reinforce our worst tendencies. It becomes incumbent on us as individuals, private citizens, Normal Body people, to try to keep it all in perspective. So just as we can Facebook, YouTube and Twitter ourselves into cyberspace in a great stream of outgoing individualism, we also have the responsibility (to ourselves) to stay vigilant about the incoming messages. We can’t let them warp us.

It helps to see behind the curtain (and especially the gauzy beach cover-up), which is why the seasonal bathing-suit issues of tabloid magazines such as Us Weekly and Star featuring celebrity cellulite are top sellers. Un-retouched paparazzi shots of Britney Spears and Julia Roberts looking normal or – even better – lumpy and bad aren’t just amusing to us, they’re a big, fat relief. “Best and worst beach bodies” reflects a growing appetite to redress the balance in our over-visualized, ultra-airbrushed society.

In her new book, Bodies, the British psychoanalyst Susie Orbach talks about the artificial standards that Photoshop has created. While so many people aspire to the fame that celebrities attain, they also “adore it when people are revealed to not be able to maintain this,” she told Maclean’s. So why is it that we are still not okay with showing our own imperfections? If we’re willing to “snark” the celebrities for their bikini-body bloopers, why can’t we give ourselves a break?

Lands’ End is trying, at least. While women keep squeezing themselves into bikinis that don’t fit properly and castigating themselves for it, the American clothing chain is marketing bathing suits designed – and this is a shocker – to actually fit a real body. The company has called its online swimwear store “the anti-anxiety zone,” a place where you can shop by body shape or, more importantly, body issue. They offer hundreds of suits designed to minimize, enhance, support, shape and camouflage. According to The New York Times, they’ve developed a cult following, and it’s not hard to understand why. (You have to question, though, why they don’t use models who are less than perfectly tall and slender. No matter how you cut it, it’s aspiration, not reality, that sells.)

The key is feeling comfortable in your own skin. And for that, you need to start by avoiding that chamber of horrors known as the fitting room. Order online, shop at Old Navy in bulk (they take returns) and try on suits in the more benignly lit surroundings of your home.

Acceptance is hard. But “trafficking in negativity” – talking trash about yourself and others – will only hold you back. This I learned from Gwyneth Paltrow’s website, Goop.com, and since she appears to have both a good attitude and a good body, I paid attention. I don’t go as far as my friend Leanne, who occasionally wears a bikini around the house in the winter to force herself to stand up straight.

But come summer, I do put myself in training and strictly subscribe to the school of self-acceptance. Eventually, under the hot August sun, I get used to the sight of my own bare skin. Because the truth is you don’t need a bikini body, you need a bikini mind. If you feel good, you look good.

This applies to pernicious little pieces of Lycra – and everything else. It’s the big picture that counts.