Body check: She has a dream 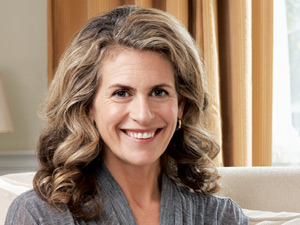 To me, the word movement brings to mind Martin Luther King Jr., not makeup. Marching throngs, impassioned voices, waves of righteous feelings that make us stand up taller, straighter, prouder. But the eight million dedicated viewers of Lauren Luke’s charming, quirky how-to beauty videos on YouTube may beg to differ.

There is something infectious about Luke, a 28-year-old single mom who lives with her son and her own mother in England. She’s a former taxi-cab dispatcher whose idea — to demonstrate makeup techniques on the internet using herself as a model — has turned her into a celebrity. Luke posted her first video on YouTube in 2007 under the user name Panacea81, and she now has her own makeup line, sold at Sephora, and more than 50 million page views to her name.

Surprised? Not if you’re Ben Barry, whose eponymous Toronto modelling agency specializes in “real people” and who is known for challenging the fashion and beauty industries’ status quo. “We’re at a total saturation point in our society,” he says. “Brands consistently over-promise, consumers are sick of it and they’re craving authenticity.” Luke is the real deal, adds Barry: “accessible and honest.” Her success is being hailed as a signal that a real-people movement in fashion and beauty marketing is taking hold.

Luke, with her enthusiasm, her zeal, her direct and utterly unaffected manner — all delivered in a fantastically thick, mucky northern-English accent — instantly reminds us of all that she’s not: professional marketer, snotty beauty queen, intimidating cosmetics clerk. You have to see her in action as she babbles excitedly to the camera about a particular colour palette, apologizes for the occasional glitch — “Sorry about that, me camera cut off” — and shoos her 11-year-old son, Jordan, out of her untidy, girlish bedroom. It’s a world away from glossy makeup ads, and that’s exactly the point.

“People still love glamour and beauty; the aspirational doesn’t go away,” says Barry. “We just want to know it’s attainable.” And attainable it is. In each of her videos, we can watch as Luke deftly transforms her naked face from plain to fabulous in just a few minutes. All of a sudden, perfect, porcelain-skinned cosmetics spokeswomen have a little less allure. We know how they got to look like that: good genes, good luck and good Photoshop. But Luke shows us something more: how to feel good about ourselves.

To Luke, who lives and breathes social media, this is documentable. She communicates regularly with tens of thousands of friends on Facebook, MySpace and Twitter. Ninety percent of the messages she receives are from women who say, “You’ve inspired me,” and “Thank you,” Luke tells me. “Women are sick of the lies; if you come away from reading a magazine feeling bad, that’s wrong.”

Right versus wrong — that’s heavy, and not usually where my head is at when I’m rifling through the pages of whatever ad-fat fashion mag I’ve indulged in that month. But Luke has struck a chord with legions of women who are perhaps a little less inured than I am to the juggernaut of mass marketing. Whether she consciously set out to start a movement is not for me to say. But I do know that if you have 12 minutes to spare — and the patience to follow the instructions for her much-vaunted smoky-eyes look — you’ll feel like a million bucks.

My own default beauty regime rarely gets more complicated than Great Lash mascara and tinted moisturizer, but shortly after introducing myself to Luke’s universe (from a starting point of bemused indifference, I might add), I felt compelled to rush into my bedroom and start layering on multiple coats of grey eyeshadow. That I didn’t actually have in my possession the skills, never mind the tools, to do it properly didn’t seem to be an obstacle. I just wanted to try. And that’s when the real-people movement started to seem, well, real.

« Previous Page
Next Page »
FILED UNDER: Beauty column self esteem