The biggest threats to birth control in North America

While the pill was introduced 55 years ago, consensus on it — and equal access to it — remains elusive. The same can be said for other forms of birth control, as well as the morning-after pill and abortion services. 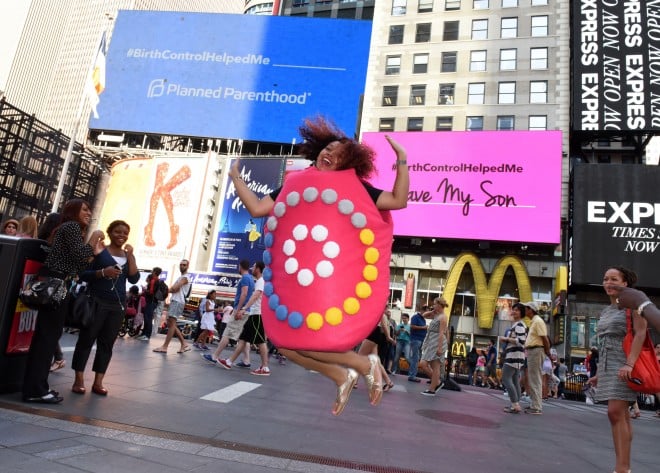 Research shows that if cost and availability were not an issue, many women would choose a hormonal implant or IUD as their preferred method of birth control. Yet, one of the most popular implants, Nexplanon, is not available in Canada. The matchstick-sized rod is inserted under the skin of the forearm and provides three years of continuous pregnancy prevention — no need for daily pills. In order for Nexplanon to be cleared by Health Canada, creator Merck would have to provide more recent clinical trials. Since the device has been working safely and effectively in other countries for many years, the pharmaceutical company doesn’t see the need.

Another way Canadians are being short-changed on birth control? We still need a prescription to get the pill. As Jen Gerson pointed out in the National Post recently, women in the United Arab Emirates can go into any pharmacy and walk out with a $10 pack.

Prince Edward Island is the only province that doesn’t offer legal abortions — and has no plans to change the status quo. Instead, residents who can afford the travel costs and time can book an appointment in a Moncton or Halifax hospital, and PEI’s provincial health insurance will cover it. Considering the hassle, it’s not uncommon that women on the island (as well as those in rural and religiously conservative parts of the Maritimes) sometimes rely on dangerous DIY-type abortions.

Women who have restricted access to abortion services could benefit from the doctor-prescribed medical-abortion pill, mifepristone. But Health Canada has delayed its decision on whether to approve the drug until the fall. And if approved, the drug won’t be available until sometime in 2016.

The issue: preachy doctors and pharmacists

Across Canada, women are faced with moralizing doctors who steer them in one direction or another, or who outright refuse to provide birth control and abortion options altogether. In medical school, professors tip-toe around the subject of abortion and most students aren’t taught the basics of how to perform one. In Ontario, pharmacists have come under fire for refusing to sell the morning-after pill to women they deemed overweight, citing new (but not universally supported) research that the medication is less effective for those over 165 pounds.

The issue: the war on Title X

For the latest round of budget talks, a Republican-led subcommittee has proposed a bill that cuts Title X, the funding program for women’s health services, contraception and family planning clinics, such as Planned Parenthood. And in a move straight out of the ’50s, the bill also aims to cut funding for comprehensive teen pregnancy prevention programs and funnel the money into abstinence-only sex ed.

According to actress/filmmaker/natural parenting guru Ricki Lake, cheap and easy access to the pill (and other hormonal contraceptives) isn’t all it’s cracked up to be. After the success of her last documentary, The Business of Being Born, in which she took aim at the medicalized state of childbirth, Lake is now hoping to shine a light on “the unexposed side effects of these powerful [birth control] medications and the unforeseen consequences of repressing women’s natural cycles.” In the upcoming Sweetening the Pill documentary (watch the preview trailer below), Lake and filmmaking partner Abby Epstein promote natural alternatives, including fertility awareness methods, where women chart their menstrual cycles and refrain from intercourse during the time they’re likely to conceive (this is also the preferred birth-control method of the Catholic Church). Slate has dubbed Lake the “newest hero of the anti-choice movement.”

Related:
When it comes to abortion, do medical schools need to smarten up?
From birth control to fertility, the 3 big trends in reproductive health
What is the most effective type of birth control?