Her memoir, Big Girl, is a brutally honest account of a life consumed by food. 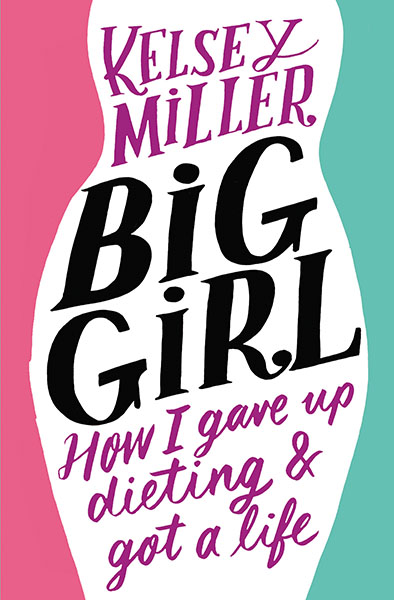 1. Dieting is like a drug.
Kelsey Miller, a 31-year-old lifestyle blogger for Refinery 29, started dieting in grade 6. A talent agency told her she’d need to drop 10 pounds to get acting roles. She lost 30 in two weeks by eating “nothing but raw green beans, cucumber wedges, skinless chicken breasts, and low-fat lemon yogurt.” After the talent agency reneged, Miller gained back the weight — but she had “tasted the manic power of skinny.” It was a gateway diet that led to countless others, including Weight Watchers; another one that centred on, of all things, her blood type; and a DIY college regimen of Diet Coke, Dexatrim and sugar-free gummy worms.

2. Parents don’t understand.
When Miller was eight, she was caught hiding in the pantry with her hand in a jumbo tub of chocolate chips. After that, her mother policed her meals, portion sizes and snacks. And her father (who lived in another state) was disappointed when she’d show up heavier than the last time. But the parental messages were mixed. Her dad assuaged her separation anxiety with a bag of chocolate-covered raisins for the flight home. Her mom took her for a sundae after she broke her arm. Miller’s interpretation: “When bad things happen, there is a simple chocolate-covered solution.”

Related: How Marilou overcame anorexia and fell in love with food again

3. You can eat french fries.
After two decades of self-imposed food rules, Miller turned to intuitive eating: eating with no distractions and with permission to have whatever you feel like. “Fries had been the immortal tsar of my Bad Food list,” writes Miller. If she ordered them, it was “an occasion of deep despair, and/or drunkenness.” Once she stopped restricting herself, her meal choices were healthier and balanced.

4. Weight isn’t the whole story.
Miller struggled a little when her food therapist asked, “Say you went through this whole process… and you didn’t lose a single pound?” After a year of intuitive eating, Miller is still a “big girl,” but her blood sugar, blood pressure, cholesterol levels and attitude toward food are normal. When it comes to the number on the scale, she chooses to keep herself in the dark.

Related:
Is orthorexia an eating disorder? The debate over a new illness
What it feels like to be a ballerina obsessed with being thin
Stop exercising to be smaller. Get stronger instead