Make Better Choices In 2021: Timothy Caulfield Is Here To Help

With his new book, Relax, Dammit!, the health and science myth buster wants to make our many daily decisions—around food, sex, coffee and kids—a little less scary and a lot more sane. 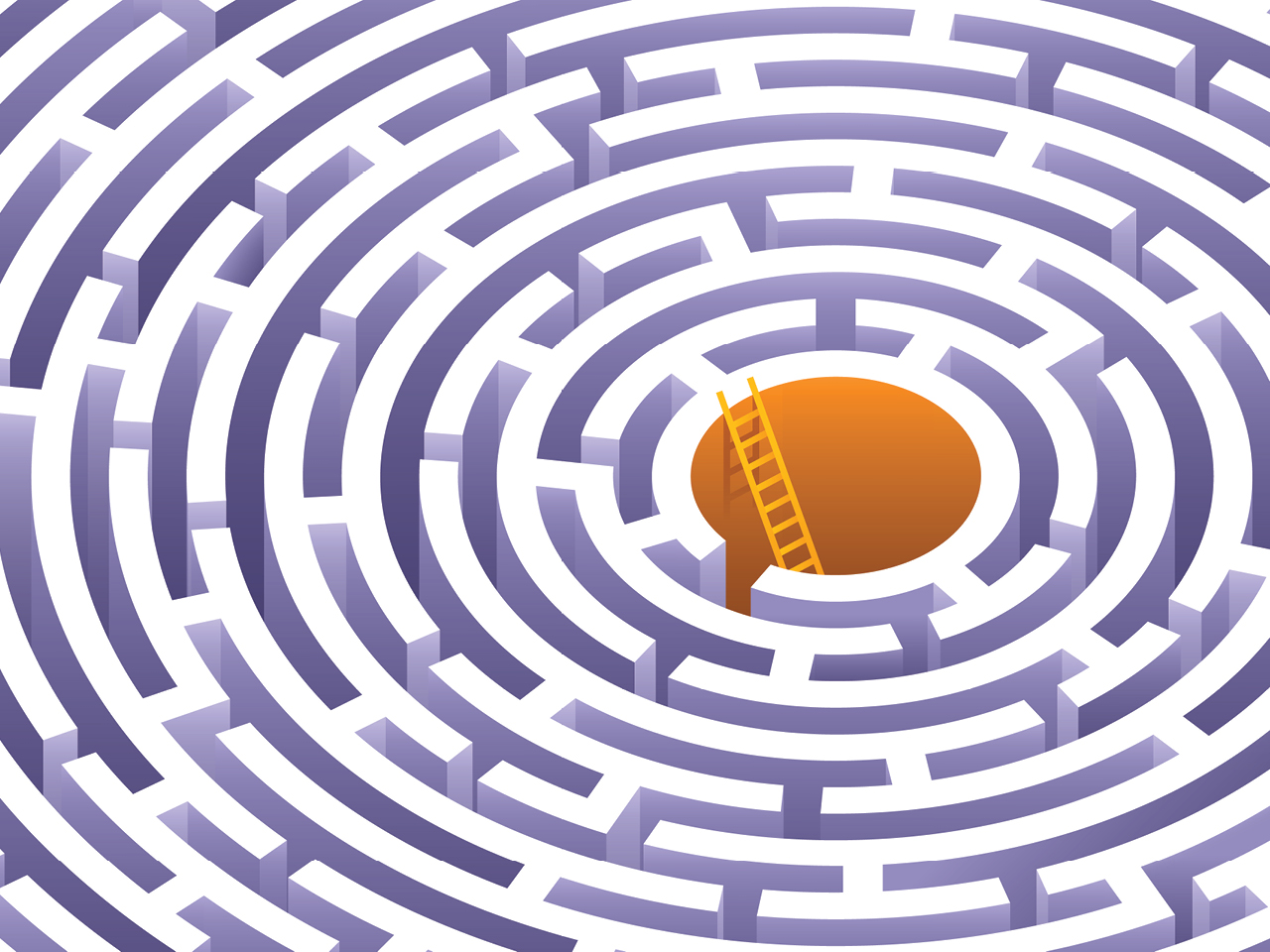 Timothy Caulfield is a Canada Research Chair in Health Law and Policy, but he’s better known for busting science and health myths (as well as, in his last book on celebrity wellness pushers, Gwyneth Paltrow’s chops). His latest book, Relax, Dammit!, is a hugely delightful dissection of the many, many decisions we make each day—around food, sex, coffee and kids—so they become a little less scary and a lot more sane. Here, he debunks COVID conspiracy theories, makes the case for skydiving and risks serious dental hate mail.

You’ve studied misinformation for decades. I have a good guess, but how does this pandemic rank?

I think there’s scientific uncertainty, and that invites people to look to other sources of information. Fear and anxiety are part of it. Another element I perhaps underestimated is the ideological polarization that we’re seeing: People look for solutions and answers that fit with their pre-existing beliefs or even their hopes.

Which COVID myth really has you banging your head against a wall?

Twenty-eight percent of Americans believe a conspiracy theory that Bill Gates started the pandemic so he could force vaccination on people, so he can implant microchips [in them]. More practically, who could have guessed that wearing a mask—a benign intervention that protects others—would be an ideological flag. Another one I think is interesting is the immune-boosting myth.

That’s right. Homeopathy, hot yoga, acupuncture—none of it is going to boost your immune system. Not even Tom Brady. 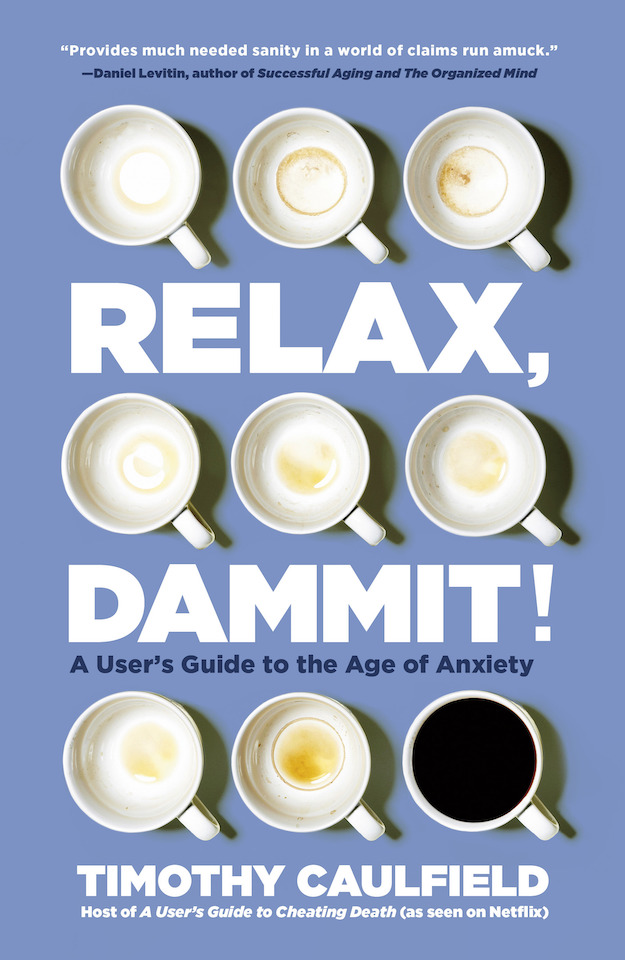 How do you persuade people to wear masks?

Shaming people doesn’t work. You have to normalize it. I critique pop culture all the time, but one of the constructive roles that pop culture can play in our lives is normalizing things. You see that with sexual orientation; we saw it during the HIV crisis.

One of the important take-aways of this book is that we should not let fear dominate our decision making. But during a global pandemic, isn’t it healthy to be a little afraid?

I wrote this book before the pandemic, before the death count, before the economic crisis. But I talk in the book about those basic things that keep us healthy: not smoking, exercising, sleeping. That same philosophy applies to the pandemic. We know the general steps we need to take: wearing a mask, physical distancing, being responsible when you have symptoms. Despite all the noise and anxiety produced by the pandemic, I think we can take that message to heart.

So here are the first three things I did this morning: I checked my email in bed; I made coffee; and while I waited for the coffee to brew, I checked Twitter. How’d I do?

Bad, good, bad. I have a caveat throughout the book: It’s hard to study a lot of these things well, but there’s a body of evidence that tells us looking at our phones can be really anxiety-provoking. And research emerged during COVID that says social media doomscrolling can have a negative impact on your psyche. What a terrible way to start your day! Coffee was considered an evil for a long time, but the evidence is starting to shift—it’s probably fine and maybe even good for you. So go ahead and drink it.

You wrote about taking your teenage son skydiving. Your family was furious, even though it’s very safe. Meanwhile, people drive their kids to school daily, despite the fact that one-third of all collisions happen within 300 metres of a school. Why are we so bad at weighing risk?

One reason is the availability bias: We remember dramatic events. We’re more likely to remember that headline of someone dying [from] skydiving and assess that risk as being higher. And I think, with children, it’s just this emotional response to horrible events, to headlines about predators and murders, even though the chance of that happening is so remote that you could say it’s statistically impossible. We’re wired this way: We have a negativity bias. That makes sense from an evolutionary perspective, right? You’re going to remember the stuff that’s dangerous. Unfortunately, in the modern world, that biological wiring can backfire.

What’s your pitch for letting kids walk to school?

There’s a comfort level for parents and a maturity level for kids, but I think, in general, if there’s a reasonably safe route, the default should be to let them walk. There are so many benefits—exercise, socialization, independence—that come with walking to school.

I skipped breakfast this morning, and your book tells me that’s just fine—but is the importance of breakfast one of the more enduring myths you’ve investigated?

It’s up there. One of my favourites is the idea that ranting is cathartic—that you can’t leave things bottled up. It has these long historical roots: religious confession; and the Freudian idea that if we keep things inside, it’ll have an adverse impact on our psyche and maybe even physically. There’s no good evidence to support that, and there’s never been good evidence to support that. It’s like throwing gasoline on the fire. But it endures.

I don’t go anywhere anymore, but when I did, and when I had to use a public bathroom, I sat on the toilet seat. You say only two percent of women do this! Should I change my ways?!

Toilet seats seem like horribly dangerous things to sit on, but that’s not what the evidence says. You can sit, and your thighs will thank you.

Here are the last three things I did last night: I had a glass of water, I brushed my teeth but did not floss, and I looked at my phone in bed. So?

If you were thirsty, the water is fine, but there’s no magic to how much you need to drink. I don’t want to get dental hate mail, but given that flossing is a truism of dental health, it’s amazing how uncertain the evidence actually is. Brushing your teeth is primarily a fluoride-delivery mechanism, so the best time to brush is at night, when the fluoride can set in. Phone: No, no, no, no. And it’s not just the light—it’s a portal to anxiety. It’s the worst. That’s a place where I really do try to walk the talk.

If you are a morning person, great. If you’re not, don’t worry about it.

Turn my teenager into a morning person?

Check my weight on a scale?

If that’s a strategy you feel comfortable with and it’s going to help you maintain your weight, go for it.

Have a tall glass of ice-cold raw milk?

Bad idea! If you want to have a fancy raw cheese, it’s probably fine to do it once, but globally, at the level of public health, raw milk is not a good idea.

That can, in fact, be a good idea, because it forces you to not lose time between those meetings, which can be very unproductive.

If a meeting doesn’t have a point or an end time, then yes.

Nap instead of having meetings?

If you’re feeling tired and have something important to do later in the day, a nap is okay. But it’s not a great long-term sleep strategy.

Invest in a standing desk?

I have one and I love it. It’s not a magical solution.

Watch the entirety of The Crown Season 4 in one go?

Probably not a good idea. You don’t get any prizes for bingeing it fastest, and you’ll enjoy it more if you spread it out.

Get a COVID vaccine?