Barre workouts: Why we love this heart-pumping new fitness trend

“And five, six, seven, eight!” They’re words I haven’t heard in years, “Now, second position…” she continues as I marvel at the ease in which she’s moving. I’m brought back to reality when I catch a glimpse of myself red-faced and sweating in the mirror. 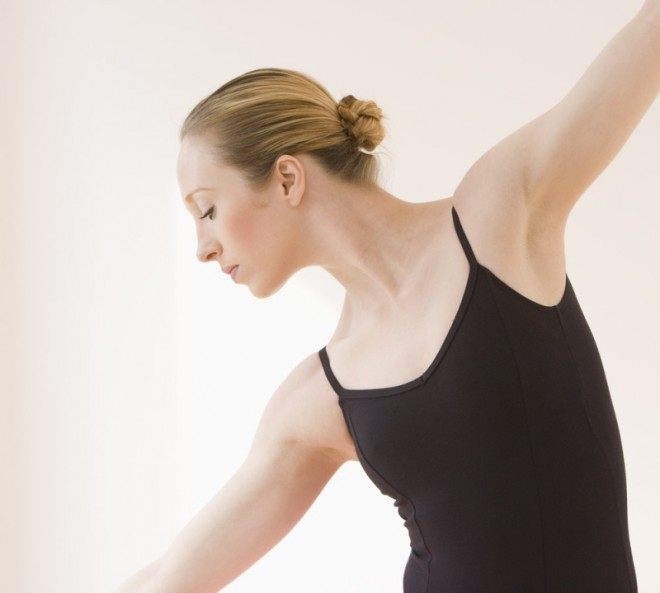 “And five, six, seven, eight!” They’re words I haven’t heard in years, “Now, second position…” she continues as I marvel at the ease in which she’s moving. I’m brought back to reality when I catch a glimpse of myself red-faced and sweating in the mirror.

It’s not every day that I’m dancing alongside a principal dancer from the National Ballet of Canada and I’m trying to keep it together. The epitome of what you’d envision a ballerina to be – impeccable posture, stunning bone structure, a body to die for – Heather Ogden stands in the middle of Toronto’s latest boutique fitness studio, Union, instructing the 20 or so journalists brought in to try their barre class for the first time. And none of us are anywhere near as elegant as Ogden. Sorry ladies.

Union is the brainchild of Our Lady Peace (yes, the band) members Raine Maida, Duncan Coutts and Jeremy Taggart along with Christie Ness (formerly of Get Spun) and Taylormade’s John Kawaja. The studio is built in the band’s old rehearsal space which, we’ve heard, was quite the eyesore.

Inspired by studios you’d find in Los Angeles (where Maida spends a lot of his time) and New York, Union offers barre, cycle and TRX along with kettlebell and gravity classes many of which are hybrids – and this barre class is no different.

Designed by Ness and Ogden this version of barre is a heart-pumping, 30-45 minute class that incorporates weights, balls and tension bands for a full body workout that’s way harder than your typical porte-bras. You don’t need any previous dance experience though it certainly doesn’t hurt.

After just the warmup, I’m sweating more than I thought I ever would doing barre work and reassuringly notice I’m not the only one. We end the class with a few minutes of ab exercise and as I walk out of the studio my legs are a welcome-kind of sore. I stroll home (what feels like) a few inches taller.

Though this is the only barre class I’ve tried, the ballet-inspired workout is popping up all over the country. There’s Barreworks in Toronto, Xtend Barre in Montreal, Ballet Barre Works Studio in Calgary and Barre Fitness in Vancouver. If you’re a former dancer, or looking to get long, lean muscles (and who isn’t?), look for a barre class in your city or read this article for an at-home version.