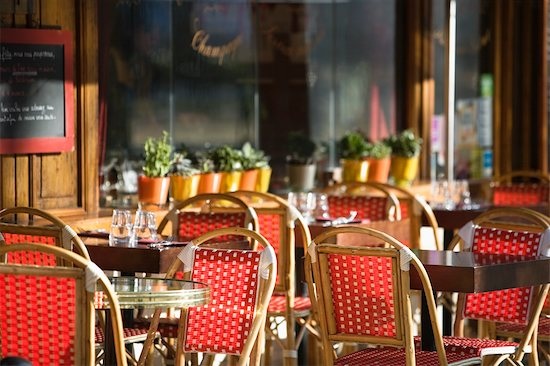 I’m finally – finally! – writing from a Paris hotel, my window overlooking a charming street scene of busy little cafes, boutiques selling beautiful leather goods and Mad Men-esque vintage clothing, and apartments with lovingly cultivated and colourful window boxes. (Typing away on a laptop is probably “tres horrible et americaine” here, but I’m pretty happy. Plus, I’ve already risked the wrath of the locals by twice marching through the Marais with grande Starbucks paper cups. But – as at home – my work isn’t going to get done without the aid of some serious caffeine.)

Anyway, I’m here – and it’s something I’ve wanted to do for years. My brother and his boyfriend moved here four years ago, and ever since I have wanted to pack up my laptop and work away from the City of Lights for one glorious week. Even though I still have the same deadlines, and even though the hotel room I can afford is actually, seemingly impossibly, less glamorous than my tiny Toronto apartment, having Paris at my feet makes the week feel entirely new and amazing.

You’re probably wondering if I’m actually getting anything done. (Though my first question would probably be “What have you eaten?” (Croissant aux almondes, ham sandwiches by the Seine, perfectly seared tuna, canelles, macarons and raspberry + rose water ice cream. And it’s still early.) I am. Mostly. But with plenty of breaks for shopping, eating, strolling, eating and small doses of culture. (Centre Pompidou is on my to-do list this afternoon – along with shopping for fancy bras).

One of things I realized about myself several years ago is that I’m not really happy unless I’m in regular motion. I love my Toronto home and my friends and family and routines, like the brunch place I’ve been going to for seven years where I don’t have to look at the menu. But I also need to get out and see new things and meet new people – and, more specifically, to get on a plane as often as possible. I can’t afford to do any of those things without working full-time, so I’ve spent the last few years trying to make my life more portable. (The world has also cooperated by making the internet more accessible in even the most remote places.)

There are tradeoffs, of course. I live in cozy and very cheap apartment, I don’t buy much stuff, and my prospects of ever being a home owner are slim. But even though I sometimes covet the things that my friends have – homes and nice furniture, a greater sense of permanence – I know myself well enough to know that’s not the life for me right now. Instead, this week it’s Paris and next week it’s London and the south of Spain. (Along with a bunch of deadlines.) And if this is like any of my other trips, I will return home completely spent (in more ways than one) but confident that I know what makes me happy.