These Deeply Relaxing Videos Have Radically Improved My Sleep

It’s not a perfect solution, but it helps. And I’ll take any help I can get in the middle of the night. 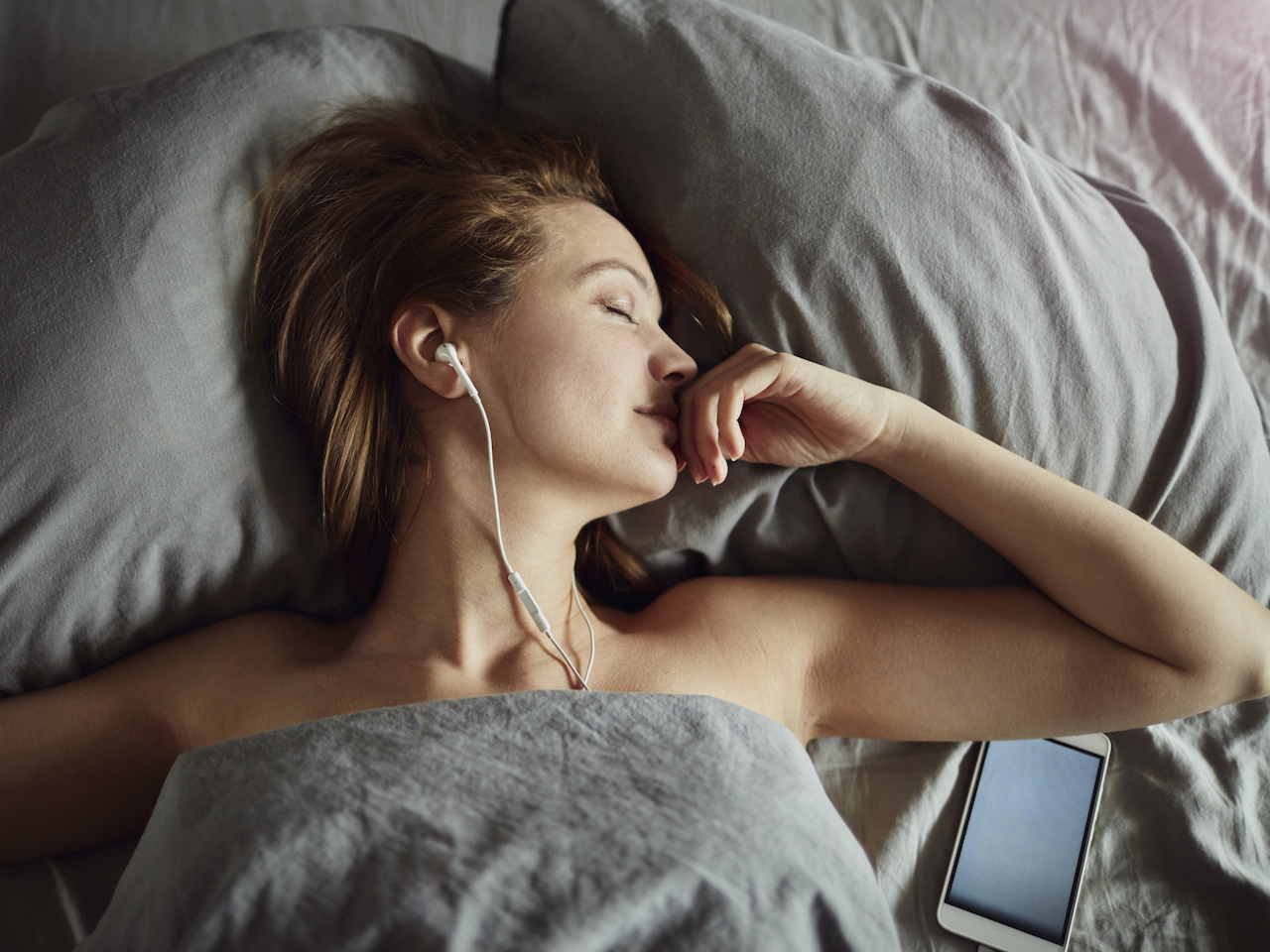 Parenthood, with its inexplicable cycle of 3 a.m. wake ups, has made getting a good night’s sleep a quarterly event for me. The pandemic, however, took my sleep struggles to new levels of bleary-eyed misery. Juggling work, childcare and the fallout from COVID has contributed its own toxic brew of fatigue and anxiety. On nights I managed to nod off, I often woke up in the wee hours, my mind reeling off endless worst-case scenarios.

My mother, who also struggles with insomnia, suggested I try ASMR videos, which she described to me as strangely comforting little clips of people whispering about the contents of their purses. I thought it sounded too silly to be any help and fantasized about getting a prescription for sleeping pills instead. But after a particularly rough week, I took her advice, googling “ASMR and sleep” and pressing play on a 33-minute video called “Tingly Personal Attention Triggers for Sleep and Relaxation” by an ASMRtist named Tena whom I found on YouTube. It seemed goofy, at first, but maybe it was that aspect that helped me because I soon relaxed into a state of calm focus, guided by Tena’s soft whispering and rhythmic tapping of the camera lens. Even the reflection of the ring light in her pupils felt soothing, like a candle in a window on a dark night. I fell asleep to the video and have continued to watch different ASMR videos on YouTube before bed ever since.

I don’t always fall asleep after watching ASMR, but I do feel calmer. Occasionally, I even experience a pleasant warm water-like trickling feeling radiating from my scalp and down my spine, something ASMRtists call tingles. On those nights when I wake up in full panic-attack mode, I turn on ASMR to stop the anxious thoughts from gathering steam. It’s not a perfect solution, but it helps. And I’ll take any help I can get at 2 a.m.

I’m not the only one. On YouTube, ASMR videos, artists and channels have surged in popularity, growing from just 14 channels in 2009 to an estimated 500,000 in 2022. the video messaging apps Twitch and Cameo have also reportedly seen significant spikes in requests for custom ASMR videos.

Here’s the scoop on ASMR videos and how—goofy or not—they might be worth adding to your bedtime routine.

ASMR stands for Autonomous Sensory Meridian Response, which is a “deeply relaxing feeling often accompanied by light and pleasurable brain tingles,” explains Craig Richard, a professor in the School of Pharmacy at Shenandoah University in Virginia and founder of the website ASMR University. That relaxing feeling is a response to external stimuli: a 2015 study determined the most popular triggers to be whispering, personal attention (think the light-fingered touch of a facialist or hair stylist) and crisp sounds like tapping.

ASMR videos run into the millions on YouTube, but ASMR is not simply a YouTube phenomenon, says Giulia Poerio, an ASMR researcher and psychology professor at the University of Essex in England. It’s a sensory event rooted in lived experience, akin to the goosebumps you get when you listen to an emotionally affecting piece of music. Instead of generating excitement, however, ASMR has a calming meditative effect.

You don’t need to watch ASMR YouTube to feel the positive everyday effects of ASMR. For many, a haircut or a facial offers a similar soothing reward. “If you have ever felt deeply calmed when receiving positive, personal attention from a spa worker, hairdresser, health professional, teacher, romantic partner, best friend or family member, then you have probably experienced ASMR to some degree,” says Richard, who also hosts the ASMR podcast Sleep Whispers.

It’s that memory of experiencing a sensation of well-being that YouTube videos attempt to reproduce.

“Every ASMR video is simulating a moment of ASMR that happens in the real world,” he says.

The majority of ASMR videos recreate things like spa treatments, hair styling or doctors’ appointments (albeit with a dreamy vibe that turns the often stressful or tedious real thing into a reassuring experience). In these videos, stylists and doctors are never bored, impatient or dismissive, they’re hyper-focused on supporting and comforting you. There are many whimsical spins among these offerings too, like encounters with fairies, but research indicates that people respond most positively to videos that simulate loving and gentle personal attention. Poerio believes touch is one of the most important stimuli for ASMR and suggests that when people watch ASMR, what they are really experiencing is the anticipation of being touched in similarly relaxing ways. In her research, she’s found that people who experience ASMR are more likely to be mirror-touch synesthetes; in other words, they’re more able to physically experience the feeling of themselves being touched when they see someone else being touched.

Why people seek out ASMR

Research shows that the primary reasons people use ASMR are for dealing with stress, to relax and to improve sleep—the overwhelming majority use it before bed. “Most of us tend to ruminate on our prior day or our upcoming day as we lie in bed at night. If those thoughts are stressful at all, then our brains become more active and that makes it harder to fall asleep,” says Richard.

About 30 percent of people also use it during the day to improve their mood. If I’ve had a challenging day, I’ll occasionally take a break and watch a short video at my desk to reset my state of mind.

There isn’t a ton of research into ASMR, something both Richard and Poerio aim to correct, but there is increasing interest in understanding it. In 2018, Richard was part of a group that used fMRI technology to scan people’s brains as they watched ASMR videos. The scans indicated the reward and arousal centres of the brain are active when experiencing tingles. “Some of these regions highlight the likely involvement of oxytocin in the relaxing effects of ASMR content,” says Richard.

In 2018, Poerio published research that found people who experience the deeply relaxed feeling associated with ASMR reported feeling less sad and stressed after watching ASMR videos. Moreover, their heart rates slowed. It is findings like these—as well as those from another study in which users experienced temporary relief from depression and chronic pain after watching ASMR videos—that suggest ASMR may have therapeutic benefits in the area of mental health.

Why ASMR works for me

ASMR isn’t a cure-all, and if I’m being honest I find it embarrassing to admit how much I need it right now, but it works for me in ways similar to yoga or conscious breathing. It’s helped me reset my stress-soaked nervous system before bed and vastly improved my dismal sleep stats. Like many, I gravitate toward nurturing personal care videos—the simulated massages, facials, hair styling and skincare routines. They tap into my need to be treated with care and concern during a time in my life where I’m required to prioritize the nurturing of others. Though ASMR’s effects on my body and mind are mostly temporary—the good vibes don’t last beyond that night or occasionally even beyond the video itself—there have been some lasting effects.

For one, I have become kinder to myself. I’ve stopped hurrying through showers and skincare routines. Instead of treating them as just another chore, I’ve started gently massaging my cleanser and moisturizers into my skin at night, and brushing out my hair gently the way I’ve seen ASMR-tists do, too. They are small mercies, but they improve my mood. And thanks to ASMR towel-and-sheet-folding videos, my once-neglected linen closet looks like a million bucks, too.

You can find a massive archive of ASMR videos online simply by going to YouTube and searching “ASMR.” You can get a good idea of what to expect from some of the most popular practitioners, people like Gibi ASMR, Whispers Red and Gentle Whispering, who boast followers in the millions. You can also try going the audio route, searching for ASMR podcasts on iTunes or playlists on Spotify.

Here are some of my favourite ASMR YouTubers.

Itsblitzz
In addition to being a zero waste/eco-conscious vlogger, she’s just such a uniquely cool ASMRtist. Lately, I’m obsessed with her hair-play, massage and energy work videos.

GentleWhispering
I have probably watched her Celebrity Color Analysis video 20 times in the past few months (I’m a summer with cool tones). Her soft voice and gentle hand movements lull me into a state of deep relaxation every time.

ASMR Twix
These soothing hair and beauty-based videos are in Japanese (there are subtitles, but I often just watch the action). Bonus: I’ve also learned some new beauty tricks.

Tingting ASMR
Tingting’s makeup tutorials and hair treatment videos are so gentle and soft that I have rarely seen them through to the end.