Katie Hafner moved her mom in with her for a year, but the idea of making up for lost time quickly went south. Asking mom to move out came within six months. 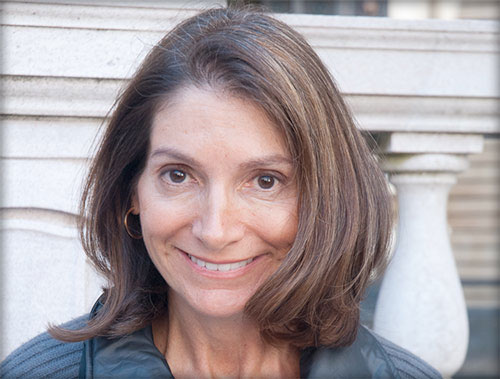 For a lot of women, having their mother move in for a year might be the stuff of nightmares. (No offence, Mom!) But for Katie Hafner, it seemed like a dream come true. She was eager to have her mom closer, foster a closeness between her mother and her own daughter and perhaps remake some of her most-unpleasant childhood memories.

Unfortunately, it didn’t exactly turn out that way and Hafner was able to capture the wrought experience in her new book: Mother Daughter Me. Here, she explains how it all went wrong and what she learned about the benefits of giving everyone a little space.

Q: What were you hoping would happen when you moved your mother in with you and your daughter?
A: My mother didn’t raise me. She was a pretty severe alcoholic and I was taken away from her when I was 10. Children of alcoholics often nurture a fantasy of what life could have been like if your mother a) didn’t drink, and b) raised you.

When a crisis came up in her life — when I was 51 and she was 77 — I thought this was our chance to construct the life that we didn’t get to have. That turned out to be a complete fairytale construct of happiness that is very, very hard to make come true. But I insisted on holding on to this gauzy idea of what it could be like with these three generations under one roof.

Q: What were some of the biggest problems that arose?
A: There were some infrastructure problems — just the physical space we were in.

The house was built in the 1800s for precisely this purpose of multiple generations living in one household, which is the way it used to be. My mother was on the first floor, and my daughter and my bedrooms were on the third floor, and there was a buffer floor in between. But my mother ended up not feeling comfortable using the second-floor common space because of the friction that arose between us. Pretty much as soon as she moved in, everything I thought I had overcome as a child ended up bubbling to the surface and I realized I had all of these resentments from my childhood that I had never dealt with. It took me by total surprise. And what surprised me even more is that I got mean, even cruel with her — and I’m not a mean person. All she wanted was my attention, so I got stingy with it. Or if she needed me to do something for her, I did it grudgingly.

My mother, for the life of her, cannot keep her opinions to herself, and she was critical of things very close to my daughter’s heart and mine. It stuck a poison pill in the whole thing within the first week. The book was supposed to be the chronicle of a whole year, but it went so sideways that after six months I called my editor and asked if it was OK if my mother moved out.

Q: Did this experience teach you anything about the benefits of space, both physical and emotional, in a relationship?
A: Absolutely. I think physical space is tied up with emotional space, and we often forget that we need both. If we’re lucky enough and we’re affluent enough, we can carve out physical space for ourselves and that helps with our emotional health. But a lot of people don’t have that luxury. It’s really hard when someone with whom things are tense is constantly physically present and you can’t get away from them. I think my mother had that problem, and I think it really made her feel trapped.

Q: Did you learn anything fundamental or universal about mother-daughter relationships?
A: The mother-daughter is probably the most fraught for most women, and I think I have a new appreciation for that. I thought that my relationship with my mother was so tough because I had this childhood, but I now think every woman, even those with fantastic relationships with their mothers, experiences this on some level. We see ourselves becoming them, and some of us embrace it but most of us fight it. And when we become mothers, if we had a tough time we try hard to break the cycle, and if we’ve had an easy time we try hard to pass those things down to our daughter.

A lot of people have commented on my relationship with my daughter, given what I had to work with as a daughter to my mother. Some people have said that I really overcompensated, and my reaction is, ‘So sue me’. My daughter’s a wonderful, hard-working, caring woman and that’s just fine with me.

Read more about the mother-daughter dynamic.

Tell us, have you overcome an obstacle with your mother? Let us know how it went in the comment section below.