Are you turned off by happy guys? 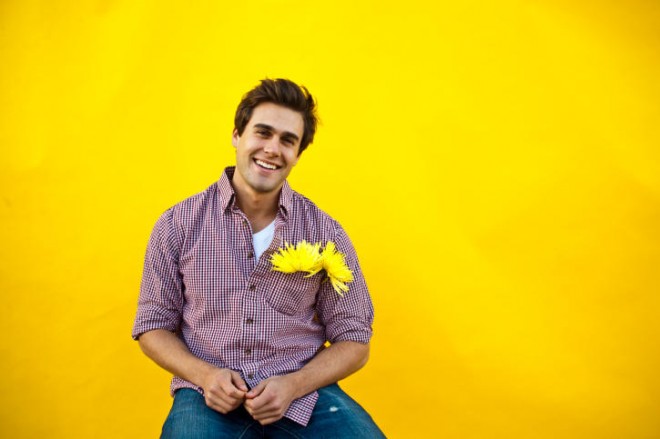 The study, from the University of British Columbia, found that women were more likely to find men attractive if they appeared proud or shameful than if they were smiling and appeared happy. Writes the ScienceDaily reporter: “In a series of studies, more than 1,000 adult participants rated the sexual attractiveness of hundreds of images of the opposite sex engaged in universal displays of happiness (broad smiles), pride (raised heads, puffed-up chests) and shame (lowered heads, averted eyes). The study found that women were least attracted to smiling, happy men, preferring those who looked proud and powerful or moody and ashamed. In contrast, male participants were most sexually attracted to women who looked happy, and least attracted to women who appeared proud and confident.”

(It’s a bummer that men rejected women who appear confident, but I’ll leave you to grieve that on your own while I return to the whole happy dude thing.)

I have a long-standing personal history of dating weirdos — which I’m trying to break, I swear — so I don’t know if I’m he best person to weigh in on this. But I do know many women who have passed up perfectly nice happy guys for the more moody, less available variety. The study’s authors suggest that “females are attracted to male displays of pride because they imply status, competence and an ability to provide for a partner and offspring.” (Although, to be honest, I wouldn’t be thrilled with someone completely grumpy hanging around my cave all day, no matter how many pelts he brought home after a hunt.) Smiling has also been associated with a lack of dominance — which, some say, defies the traditional pairing of vulnerable woman and powerful man. (Plus, apparently previous research has suggested that smiling is considered a feminine trait.) And as for shame, it apparently confirms the narrative of woman as caregiver for bruised and slightly difficult man.

But here we’re talking not about love, not about long-term relationships but about sexual attractiveness. And who among us can admit that they haven’t occasionally been seduced — or at least tempted — by a jerk? You might not want him to stick around in the morning, but apparently you can always just blame a night of passion on evolution.