Are you caught in the "busy trap"?

Just in case you missed it last weekend, you should head on over to The New York Times and take a gander at Tim Kreider's story, 'The "Busy" Trap'. Kreider offers a great thesis that will likely sound familiar: 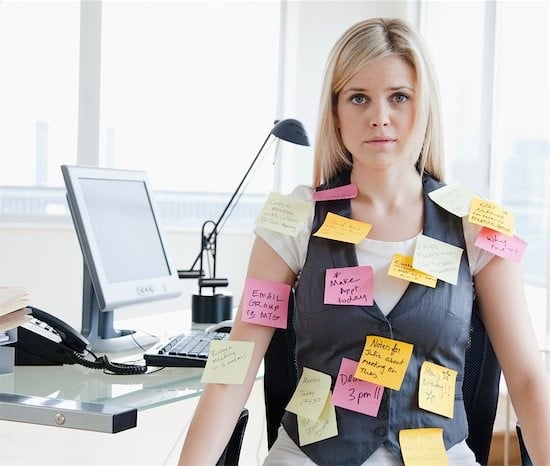 Just in case you missed it last weekend, you should head on over to The New York Times and take a gander at Tim Kreider’s story, ‘The “Busy” Trap’. Kreider offers a great thesis that will likely sound familiar: “If you live in America in the 21st century you’ve probably had to listen to a lot of people tell you how busy they are. It’s become the default response when you ask anyone how they’re doing: “Busy!” “So busy.” “Crazy busy.” It is, pretty obviously, a boast disguised as a complaint. And in Canada, we’re hearing the same thing.

Kreider points out that it’s not the people working triple shifts so they can afford heart medicine that are always blabbing about how over-scheduled they are; instead, it’s the people who have chosen to be busy. “They’re busy because of their own ambition or drive or anxiety, because they’re addicted to busyness and dread what they might have to face in its absence,” he says. “Busyness serves as a kind of existential reassurance, a hedge against emptiness; obviously your life cannot possibly be silly or trivial or meaningless if you are so busy, completely booked, in demand every hour of the day.”

I guess part of the pride related to busyness depends on how meaningful you think your schedule is. “I’m running myself ragged trying to sell more units of this string cheese!” has a distinctly different sound than “Boy, I sure had to put in a lot of hours to discover penicillin.” The perceived utility – or futility – of whatever we’re cramming our calendars with should be relevant, and Kreider says that most of us aren’t doing anything very important: “More and more people in this country no longer make or do anything tangible; if your job wasn’t performed by a cat or a boa constrictor in a Richard Scarry book I’m not sure I believe it’s necessary. I can’t help but wonder whether all this histrionic exhaustion isn’t a way of covering up the fact that most of what we do doesn’t matter.”

Kreider has been stung by a few commentators, such as J. Bryan Lowder over at Slate, about the suggestion that we all chuck our commitments and spend more time in a hammock. After all, not everyone has the resources to expand their idleness, and people who are living paycheck-to-paycheck might take umbrage at Kreider’s suggestion that life can be vastly improved by access to a lake house. But it’s not just working for money that keeps most of us busy; it’s also all of the housewarming parties and Pilates classes and book clubs we keep signing up for. And if most of us were really honest, and not so obsessed with accumulating random things, we could probably live a life with a lot less busyness and a lot more free time.

But part of the question Kreider raises is whether busyness has become a key part of identity. I can’t help but wonder if some of this boastful busyness is related to a troubling social norm, partially related to the digital world. I have, on occasion, felt embarrassed by the lack of new emails in my inbox while a companion’s new message alert is pinging away. I generally have a prohibition against bringing out my phone during drinks or dinner, even if I can feel it vibrating in my purse, but when surrounded by companions constantly monitoring their Twitter feed…why the hell not? This might just be an example of another form of weird, modern peer pressure. If everyone else is busy all of the time, and we live in a world where important people are supposed to be busy, you better get busy, too.

There is certainly an argument to be made in defense of idleness – especially if you’re a writer, like Kreider, and part of your job is to let your mind wander around interesting ideas. Efficiency and genius (when it occasionally strikes) are rarely associated when it comes to the creative arts. Plus, Kreider nails the irritating proclamations of self-importance typically associated with statements about busyness. People use busyness as a general hedge against things they really don’t want to do; everyone knows that even the most hyper-scheduled among us make time for the things that are important to them.

Busyness is often just a modern excuse; it’s sort of like claiming that you had the plague in the 14th century. Most of us make an active choice in the balance of time/idleness and money/things. Perhaps the real question isn’t HOW busy you are, but how much of your time is spent doing things you actually want to do.