Are worries keeping you from being happy?

According to a recent article in the Daily Mail - How worrying... we get fretful seven times a day - people in Britain spend an average of seven times a day worrying over something for at least eight minutes per fret session, which totals almost an hour a day. 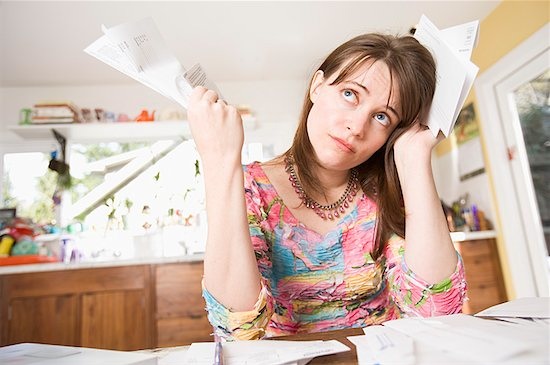 According to a recent article in the Daily Mail – How worrying… we get fretful seven times a day – people in Britain spend an average of seven times a day worrying over something for at least eight minutes per fret session, which totals almost an hour a day. In addition to worrying about being dumped by a partner, getting older and taking care of aging relatives, the top worries include:

1. Cost of living
2. Lack of money
3. Illness
4. Personal health
5. Not being able to pay a bill
6. Remembering to lock the house
7. Having enough put away for a ‘rainy day’
8. Putting on weight
9. Spending too much money on shopping
10. Upsetting someone

Our worry priorities are also, it seems, a bit worrying. According to a spokesman for the research company that conducted the survey: “We are more worried about things like getting wrinkles and keeping the house clean than how happy our children are or whether we’ve gone into our overdraft. It’s important to not let worries get in the way of enjoying life.”

An hour a day of worrying is pretty significant; that means, for most people, that they spend more time worrying every day than they do exercising or reading or talking on the phone to friends and family, or making plans for the future. But like so many unproductive and bad habits, it can be tough to stop.

For me, I’ve been working harder to stop worrying about things that might never happen. I used to find it incredibly easy to let my neuroses take over, and I would quickly become a bundle of nerves about potential, non-ideal outcomes. I would worry about a dude saying “Nope!” (and then having to see him around town, while I pretended to be disinterested) before I even asked him out. I would worry about how someone might respond to a something I wrote before it was even published. And I would worry about the health and well-being of my friends and family before it was even an issue. Instead of being excited about wonderful possibilities, I would let my imagination run amok with all of the bad things that could (but likely wouldn’t) happen.

Pragmatism is great, of course, and I will always be someone who likes to plan and constantly tries to peek into the future. But one thing I’ve realized about worrying is that it can prevent you from doing a lot of things that ultimately have amazing, even unforeseeably amazing, happy endings.