Important distinction between self-esteem and narcissism

Perhaps we need to focus less on telling people they're great and more on instilling confidence that they can do whatever they set their minds to. 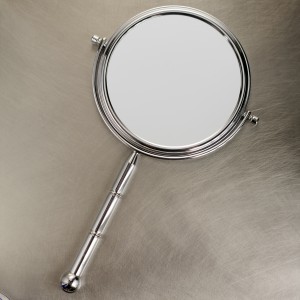 A recent story by Gretchen Reynolds in the New York Times suggests that something embedded in our genetic code that punishes selfish behaviour, and that people whose happiness is primarily hedonic, largely for their own satisfaction and offering no greater good to the world, are more likely to have unhealthy genetic profiles. I found this fascinating for two reasons: one, I’m a little surprised that evolution and the basic survival instinct doesn’t reward selfish behaviour; and two, it got me thinking about narcissists, and whether a selfish drive really gets you where you want to be.

I spoke with Jean Twenge, co-author of The Narcissism Epidemic: Living in the Age of Entitlement, and asked her how high self-esteem can be a bad thing. She explained that it’s not the self-esteem, per se; problems arise when self-esteem transitions into narcissism. And where does that line sit? “People who are high in self-esteem and people who are high in narcissism both want to be leaders, winners and successful,” says Twenge. “But someone who is high in self-esteem also values relationships. Not so much with the narcissists. Narcissists want relationships, but only to further their own ends. They thrive on attention, and any recognition of how beautiful, smart and interesting they are. They orient their whole lives around collecting these positive affirmations.”

In other words, narcissists form attachments but only in instrumental capacities – they only have friends who can do something for them, and they wring privileges out of the family members who care about them. The inability to form reciprocal attachments based on mutual care and interest sounds like a recipe for unhappiness, but Twenge told me something surprising: narcissists often score very high when queried about life satisfaction. “They have very, very high self-esteem, and believing that they’re great and their life is great is part of that,” says Twenge.

Given that there’s a line between self-esteem and narcissism (which is partially genetic and partly nurtured), Twenge says that we need to focus less on telling people they’re great and more on instilling confidence that they can do whatever they set their minds to. It’s the difference between praising hard work and praising absolutely. Twenge believes that we’re seeing a rise in the number of narcissists, largely because we’re shifting towards more individualist and less collectivist perspectives. (Those earlier collectivist perspectives may explain why the our genes reward altruism more than selfishness.) And while narcissists often score very high when asked if they’re happy with their lives, much of that is both calculated for appearances and the product of denial. “They’re prone to fantasy,” says Twenge. “It’s not just optimism or confidence, it’s too much of that.” For many narcissists, the veil starts to recede once they hit their 30s and find their lives empty.