Are regrets keeping you from being happy?

We talked to Kevin Hansen, founder of the site Secret Regrets (which offers an anonymous platform for readers to share their deepest, darkest regrets), about the connection between regret and happiness, and what women tend to regret most. 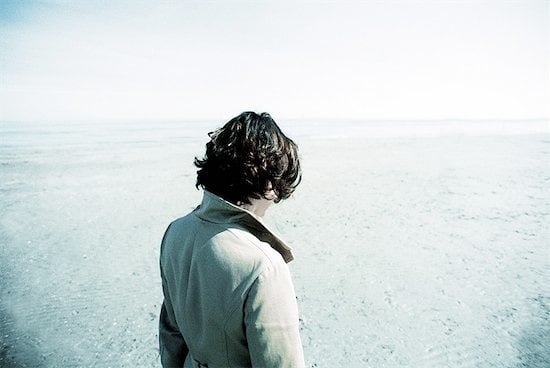 We talked to Kevin Hansen, founder of the site Secret Regrets (which offers an anonymous platform for readers to share their deepest, darkest regrets), about the connection between regret and happiness, and what women tend to regret most.

Q: Have you found any of the regrets posted on the Secret Regrets site particularly moving or thought provoking?

A: One of the most moving secret regrets is featured on page 137 of the Secret Regrets book. It’s from a woman who regrets having an affair. Her husband found out, and said he had forgiven her, but she had never really forgiven herself. She regretted that she would have to carry her guilt with her daily, and could never discuss it again with her husband in fear of hurting him all over again. The original poster came back and posted an update, saying she didn’t know how to bring up the topic again with her husband, so she just showed him her regret posted on the site. He was speechless, and said that he couldn’t believe she was still beating herself up over something he had truly forgiven her for years ago.

Q: Have you noticed any themes or common threads to the regrets of women?

A: Yes. So many of the regrets women have are about relationships. Women often regret letting “the one” get away. They regret “settling” for someone. They regret not having the courage to change something that they know deep down inside needs to be changed.

Q: What’s the connection between regret and happiness?

A: Regret can often be the big wall standing in the way between someone and their happiness. The bigger the regret, the bigger the wall. And sometimes it just seems too high or to wide to get around. But in reality, the wall often looks much bigger than it is. And since WE are the ones that build our own walls of regrets, we have the power to tear them down, too. Sometimes it just takes looking at things through a different perspective, or hearing about others who have successfully made it through the same kinds of situations.

A: I regret waiting. Putting it off. I wanted to do it. I knew I could do it. So why didn’t I do it? What was I afraid of? The list of excuses was long. There was never enough time. It seemed too overwhelming. And what if I failed? Looking back now, I regret waiting. Waiting so long to grab hold of my dream. Because once I did, the world changed for me.

Q: Have you gained any insight into how to avoid regret?

A: I think every experience we have in our lives has shaped us into the person we are at any given moment. These experiences help define who we really are. And regrets are a part of that. That being said, I think there is power in learning from the regrets of others. I’ve had the chance to speak with several college classes about the Secret Regrets book, and one student confessed his love for his best friend after reading Secret Regrets – something he never would have done had he not read about people who have lived a lifetime of regret for not doing the same thing. Others have gained the courage to seek help with their addictions, and several have even decided to not go through with their plans to commit suicide. So yes, many regrets are avoidable when we learn from [others].