Are parents who only have one child happier?

Mother of one, and only child, Lauren Sandler talks about her new book that's making the case for onlies. 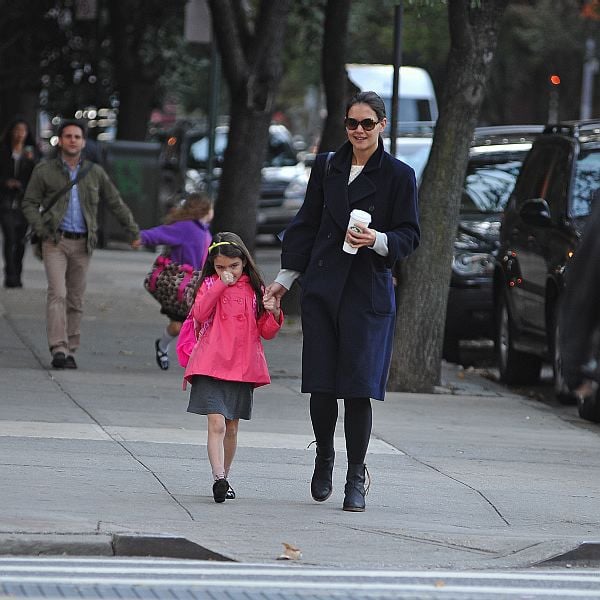 Only children are something I’ve always been curious about. I grew up with an older brother who was, for the first decade of my life, the antagonizer. (I’ve never fought so fiercely in my life as I used to for possession of the TV remote.) But by the time I hit my early teens, my brother had morphed into something else: my protector, my confidant, and the only person in the world who seems to completely agree on all of the uniquely crazy things about my family. So I always figured that only children must be missing something — even if I know my fair share of siblings who seem to have nothing to say to each other.

But that was before I started mulling over the idea of having kids of my own. Now, as I approach the magic (or not-so-magic) age of 35, as I find myself getting more and more fulfilment from my work, I wonder about the only-child approach — which seems so much more appealing than being outnumbered. To get some perspective, I chatted with Lauren Sandler, the author of One and Only: The Freedom of Having an Only Child and the Joy of Being One. Read on for more from Sandler who, as an only child and mother of one, makes the case for the only child.

Q: What are some of the best things about being an only child?
A: Only children tend to have a really strong primary relationship with themselves, which is actually great armour against loneliness, despite the stereotype of the lonely only child. Plus, there’s often greater achievement, motivation and self-esteem and higher intelligence — at least that’s what the data shows us — and that’s largely due to the fact that parents can devote their time, energy and money to just one kid instead of splitting those resources up amongst more. And, of course, onlies tend to have very deep and fulfilling friendships, and very rich family lives.

Q: About having only one child?
A: Parents of one child get the best of all worlds in some respects: the joy and fulfillment of parenthood, but also some of the freedom and spontaneity of a more child-free life. Only children are, of course, less expensive than more children — and the resources that parents aren’t dividing between more children can be applied to other things. This is how the selfish parent stereotype gets anchored. We are expected to sacrifice it all for our children. But I think that having more flexibility to have a fulfilling romantic partnership, engaged adult friendships, and a life outside the duelling spheres of office and home is a really good thing for parents.

Q: On what basis do people judge your decision to have only one child, and how do you respond?
A: People continue to believe that parents of only children are conscripting their kids into a life of loneliness and selfishness — that if you don’t give your child the gift of a sibling, it’ll turn out rotten. I hear this from strangers who ask me if I have another child, and then are aghast when I say it’s not something I’m currently planning to do. In the past, I’ve cited some data — like how expensive each child is, and how onlies tend to turn out just fine, thank you — but such responses are usually greeted with more scorn. So lately I just do my best to smile politely, and simply move on. I’ve resisted the temptation so far to say, “Well, there’s a new book you might want to read…”

Q: Can you tell me about how your mother has been an inspiration in this area?
A: My mother taught me that to be a good mother you have to be a happy person. I can think of no better lesson. It’s a mentality we’ve lost sight of, as we zealously embrace the sanctimonious self-sacrificing of motherhood. (Did you know that women spend more hours parenting than we did when we were stay-at-home-mothers?)

Q: What advice do you have for anyone who’s currently weighing the pros and cons of having more than one child?
A: If you truly want another kid, you’ll make it work. But if you don’t, and you’re having a hard time silencing society’s whispers in your ear, telling you a child needs a sibling to thrive, know you have a world of research supporting the one-child family, even if the culture hasn’t gotten hip to it yet. Know yourself, your limits, your dreams, and your kid. And follow your heart.

Are you the parent of an only child, or an only child yourself? Tell us about your story in the comment section below.