Are parents happier than their childless friends?

There are many days in my life as a mom when I wish that bedtime was 5 p.m. because I just can’t manage to argue any more over clothing choices, what’s for supper, when to do homework and all the assorted struggles that parents endure. 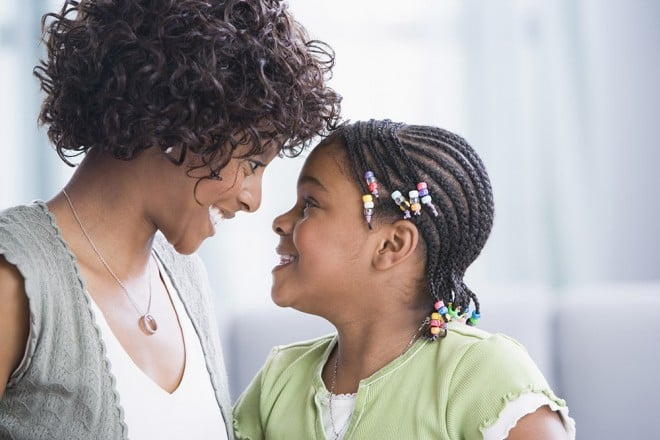 As a mom there are days when I wish that bedtime was 5 p.m. because I just can’t manage to argue any more over clothing choices, what’s for supper, when to do homework and all the assorted struggles that parents endure.

It’s on days like that that I wonder: am I really happier than I was in my pre-k (pre-kids) days? When I had the freedom to go out at any time of night, and take trips to Paris and Switzerland or even just head to the gym? I think I am happier, but in a different way. I enjoy cuddling as a family in the morning after we wake up. I get teary as a proud soccer parent/dance mom/swim mom as I watch my kids work hard and improve their skills. I love receiving unprompted hugs and “I love yous.”

And my happiness as a parent isn’t an anomaly notes a new study in the journal Psychological Science, which concludes that parents are happier than non-parents. “This series of studies suggest that parents are not nearly the ‘miserable creatures’ we might expect from recent studies and popular representations,” says University of British Columbia psychology professor Elizabeth Dunn in a press release (she co-authored the study with colleagues at the University of California, Riverside and Stanford University). “If you went to a large dinner party, our findings suggest that the parents in the room would be as happy or happier than those guests without children.”

The conclusion was drawn over the course of three studies, where researchers tested whether parents are happier than their childless peers.The studies also examined whether parents feel better moment-to-moment than non-parents and whether parents had more positive feelings when taking care of their children compared to other activities in their day. “The consistency of their findings, based on data and participants in both the U.S. and Canada, provides strong evidence challenging the notion that children are associated with reduced well-being, the researchers say,” noted the release.

Also factoring in was age and marital status. Single parents and young parents were not happier than their childless counterparts (although the study determined that the stress that comes with single parenthood doesn’t counteract the overall good feelings of having children).

So why do they say that parents are happier? “The findings suggest that parents are happier caring for children than they are during other daily activities. The research also suggests that the benefits of parenthood appear more consistently in men and older and married parents,” notes the release. Why men? “While more research is needed on this topic, it suggests that the pleasures of parenthood may be offset by the surge in responsibility and housework that arrives with motherhood,” says Elizabeth.

What do you think? While I’d still love a trip to Europe or regular time at the gym, parenthood has also opened up additional sources of happiness. My career has a parent has brought me a different type of happiness. And it’s not that I’m happier than before I had children — just happiness came to me in a different way.

What about you? Are you a happy parent?