One day I was finishing a run along the Bow River when two very attractive women in a Red Bull car pulled up and asked me if I’d like to try some of the energy drink. I’d never had it before, and I’ll shamefully admit that because it was being pushed on me by young models, I relented and said, “Yes.” Blech. 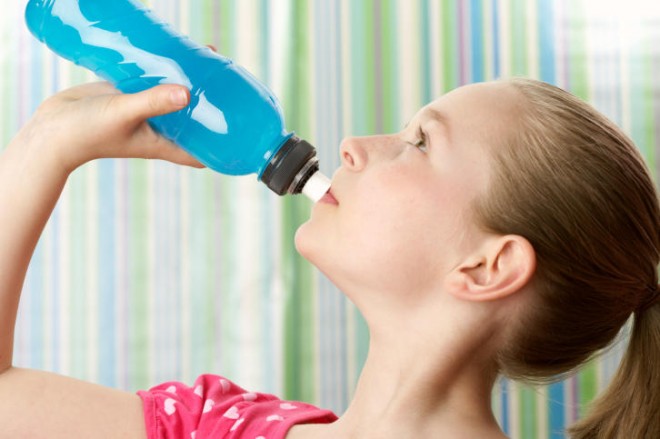 One day I was finishing a run along the Bow River when two very attractive women in a Red Bull car pulled up and asked me if I’d like to try some of the energy drink. I’d never had it before, and I’ll shamefully admit that because it was being pushed on me by young models, I relented and said, “Yes.”

The stuff tasted like cough syrup. I had a few sips, threw it out, and haven’t touched it since.

I gagged at the taste the one time I tried an energy drink, but now I’ve developed a serious dislike for the concept behind these things. Being a guy who gets the coffee going first thing in the morning I guess this is a bit hypocritical, but energy drinks just give me a really bad vibe. I equate them to a form of legal liquid meth, and I hate how they are readily available to kids.

I’m a bit of a food ogre, and my kids are constantly bemoaning how I rarely let them have junk food. However, I do relent on occasion, and one day when it was hot out I let them get a slushie. They usually create a swamp mix of different flavours, but they know that they can’t have the cola flavours because of the caffeine.

My son just wanted a mix of colours, so he got some orange, red and green. Later on, when he was bouncing off the walls like a spider monkey on a meth bender, we came to realize that the green stuff in his slushie was an energy drink flavour.

Peachy. I wonder how the senior execs at these convenience store chains would feel it we gave a bunch of twelve-year-olds energy-drink slushies and let them loose in a board meeting.

I hate how this stuff is marketed to kids, like they require some kind of energy boost. These things are promoted as though your current energy levels just aren’t good enough. I see kids in my local convenience stores buying these things all the time, chugging several so they can start vibrating like it’s some kind of game.

Back when I was a kid, we had to sneak sips of Dad’s whiskey if we wanted a buzz, and the stuff tasted awful. They sweeten the energy drinks to make this new high more palatable for kids, and I can definitely see how could lead to a trend of substance abuse.

Energy drinks are a central nervous system stimulant, and when kids start taking this stuff it creates a mentality that it’s okay to experiment with altering your brain. As kids, we knew sneaking booze was both against the law and could incur the wrath of our parents, but this stuff is perfectly legal for kids to drink and they have easy access to it, even when energy drinks can be dangerous.

Once kids get used to the idea of altering their consciousness, who knows what they’ll experiment with next. It’s time to ban the sale of this liquid garbage to anyone under 18.