How effective are antibiotics at killing superbugs?

Outsmarting bacteria with drugs is becoming harder than we think. 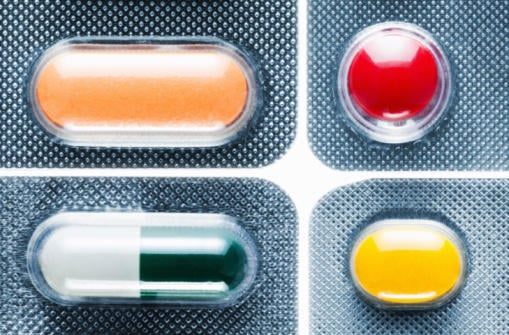 Forget SARS. The little bugs that are causing the biggest problems are bacteria that you’ve probably never heard of. And the root of the problem is also medicine’s largest accomplishment: antibiotics.

Ever since Penicillium were observed killing bacteria in a petri dish back in 1928, antibiotics have been helping us when we’ve got a bug that our immune system can’t handle on its own. Had your appendix out? Modern surgery would be much riskier without antibiotics. Ear infection keeping your child up at night? Most parents can thank these wonder drugs for helping their kids get better – and back to sleep. A 2009 survey of 34 Canadian hospitals found that a whopping 40.2 percent of patients were being treated with at least one antibiotic.

Unfortunately, bacteria are resilient little creatures, and some strains have evolved to outsmart the antibiotics that once effectively treated them. It’s easy to panic when headlines scream about superbugs that resist virtually all treatment, but how serious a threat do these organisms actually pose?

One pest that’s plaguing researchers is the ugly-sounding methicillin-resistant Staphylococcus aureus (MRSA). Spread through skin-to-skin contact, MRSA has been causing trouble — and painful skin infections — in Canada since the 1980s. Until recently, infections like MRSA primarily affected hospital patients who were exposed during surgery. But Gerry Wright of McMaster University, who researches antibiotic resistance, says that in the last two decades that’s started to shift.

“We’re noticing a significant rise in infections like MRSA in healthy members of the community, rather than in hospital,” says Wright. From 1995 to 1999 there were only 208 cases of MRSA outside of hospitals; from 2004 to 2007 that number was 4,252.

When a strain of bacteria becomes resistant to one antibiotic, usually another kind will succeed. But Wright warns that there are problems with this approach: “The question is, what happens when you reach the last antibiotic and it’s still not working?” Hence the problem with so-called superbugs. A germ resistant to some of the most powerful drugs quickly spread from India to Britain last year; by the end of this summer, it had been confirmed in hospitals in Ontario, Alberta and B.C.

Compounding the problem is the fact that few new classes of antibiotics have been discovered since the 1980s. Wright says there is little financial incentive for pharmaceutical companies to develop these drugs, which are used only by the sickest patients. “It takes about a decade to develop a new antibiotic,” he says. “The worry is that by the time superbugs become more prevalent, it will be too late.”

Overuse and misuse of prescription antibiotics are a major cause of drug resistant bacteria. So avoid unnecessary antibiotic treatments for viral infections (many patients still demand antibiotics for a viral infection like a cold or flu), or bacterial infections that will clear up on their own, and take your medication exactly as instructed. And, as simple as it sounds, regular handwashing with soap and water is still your best defence against picking up any kind of bug.

Denise Gravel, an epidemiologist at the Public Health Agency of Canada, says that while Canada is seeing a rise in more resistant bacteria, the problem should be kept in perspective. “Yes, we’re seeing a rise, and yes, they are resistant, but there are still antibiotics that work,” says Gravel, adding that unless you’re in a hospital, with a weakened immune system, your chances of encountering resistant bacteria are very low. As scary as superbugs may seem, the real threat comes from the lack of new drugs on the horizon to treat them.