In his new book, the Globe and Mail health columnist outlines the many ways our much-lauded health care system can do better. 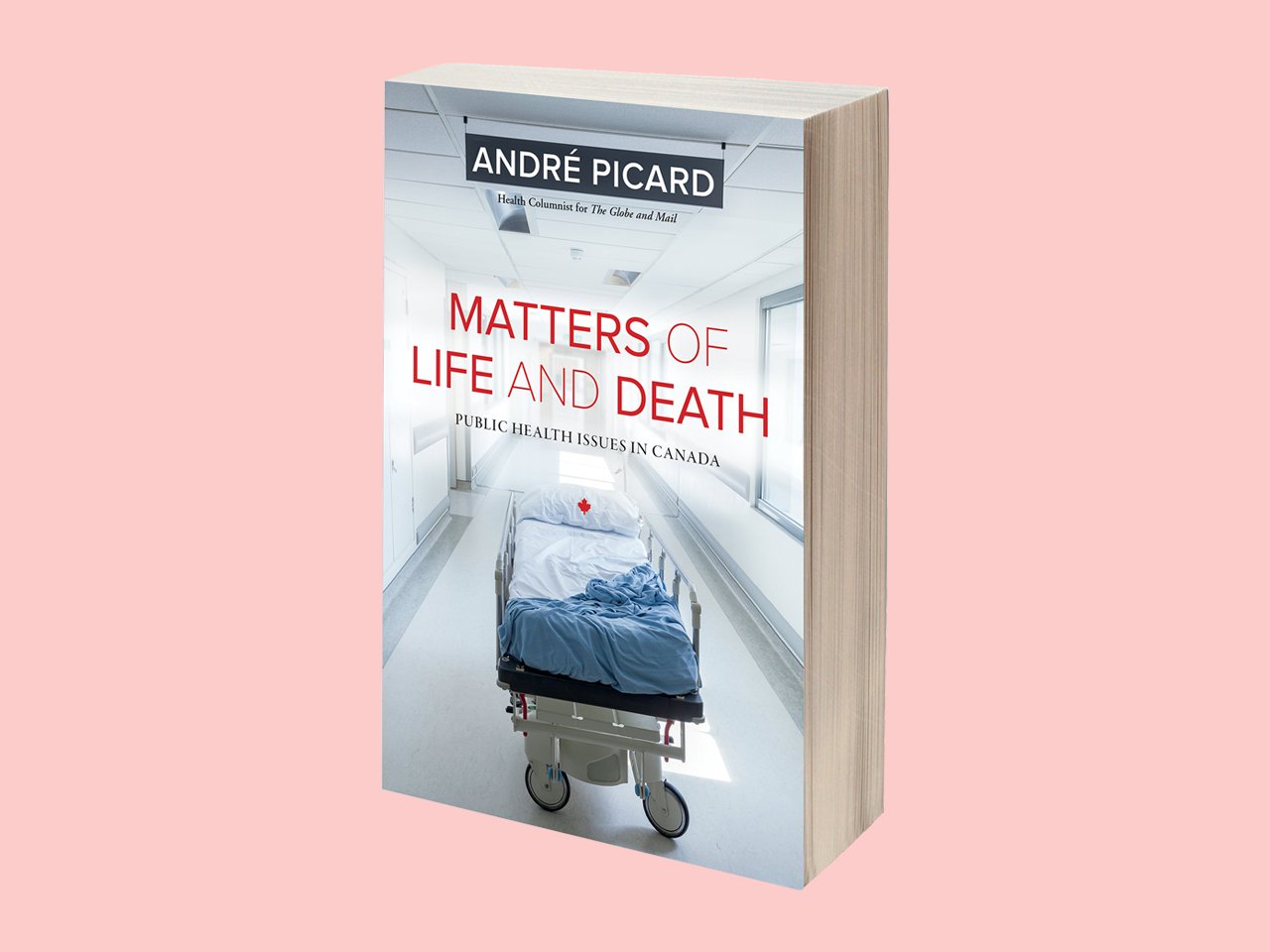 Canadians have a complicated relationship with our health care system. We love to point out all its faults and failures, yet we’re thankful the only bill we pay at the hospital are the parking tickets. We’re deeply proud of Tommy Douglas. Some would go so far as to say our health care system defines us as Canadians. Which is one of André Picard’s biggest pet peeves.

The Montreal-based health columnist has been writing about Canadian public health issues for The Globe and Mail for nearly 30 years. It’s all he ever tweets about, if you couldn’t already tell by his handle, @PicardonHealth. He’s been named a “public health hero” by our country’s top public health experts and even stops in on hospitals around the world when on holiday. Once, in an emergency room in Spain, he asked the triage nurse what wait times were like. She looked confused. “Why would anyone wait? It’s an emergency room,” she said.

Picard talked to Chatelaine about what Canada is doing right, how we can be better, and how we compare, not just to our southern neighbours but to the rest of the world.

What story has impacted you the most?

I don’t think anything has changed health care more than AIDS has. It was a mystery at first, then it became a real political movement [that led to] social change, and then a medical miracle. There’s a little bit of everything.

In your book, you write about one of your early experiences as a health reporter. You were visiting a patient, a gay man, and when you reached out to shake his hand, he burst into tears because none of the hospital staff had come near his room or touched him in three days.

When I started covering AIDS in the ’80s, [the coverage] was all about men in bathhouses having sex with 20 men per night. But public health is about not judging people or imposing your values. It’s about how we can minimize harm and help the most people possible. Today there’s the opioids issue. People say, “how is [treating people] who shoot drugs in alleys a good thing?” Dropping your prejudices is always hard to do, but that’s when you get good public health and good health outcomes.

Related: The one thing that could improve the health of all Canadians

How has your thinking changed over the years?

I used to be much more critical of politicians. Now I realize politicians lead from behind. They’ll do whatever the public will tolerate and Canadians have this strange love-hate affair with their medicare system. We mythologize it, we love the idea that Tommy Douglas gave us universal health care and we think Canada does something that other countries don’t. Nearly 40 countries in the world have universal health care, and it’s all more universal than ours. Costa Rica and Rwanda have more thorough medicare programs than we do.

At the same time, we’re frustrated about the wait times, not getting home care, and so much more. It’s political suicide to touch health care, and it shouldn’t be. One of the things I hate the most is when people say, “Medicare is what defines us as Canadians.” That sounds great, but I think, “I don’t want to be defined by an insurance program,” because that’s just what it is. We shouldn’t treat it like something romantic. We should treat it as a program that can be fiddled with and fixed to suit our needs. We shouldn’t be beholden to it because of its history.

Our system is a bit frozen in time. We have an aging population that we’re not ready for. I describe Canada as having the least-universal health care system in the world. It’s normal in Europe to have dental care covered, as well as home care and long-term care. In countries like France or the Netherlands, about 80 or 85 percent of all care is covered publicly.

You say that money is the most important drug. What do you mean by that?

What makes people healthy is not medicine. Medicine fixes people once they’re broken. What makes us healthy is our socio-economic environment, do you have money that you can live on? An income, an education, a roof over your head? Do you live in a physically safe environment, do you have social connections? We’re learning just how deadly things like loneliness can be.

Related: Here’s why it’s only going to get harder to put your phone down

What is the most urgent issue in Canada right now?

Indigenous health. It’s been a problem for more than 100 years. There’s a real opportunity to make a dramatic difference, quickly. The indigenous community is young and the fastest growing by far – more than 50 percent of indigenous people in Canada are under the age of 15. This is the time to stop generation after generation of disaster, poverty, isolation, addiction and suicide – we’ve created all that. We have an apartheid system designed to oppress people and it’s given the exact results it was designed to produce. Take away their culture, their language, their ability to earn money, their ability to have land, and then, oh, we’re surprised they’re the most unhealthy people in our country? It’s not a surprise at all.

We have to confront the fact that we’ve created this problem and we have to solve it quickly, or it’s going to get worse. I was at a talk, recently, by Dr. Alika Lafontaine, a young Aboriginal leader, and this was his message. Things are going to change, there’s a revolution coming. It’s at a breaking point and this young generation of educated, smart, politically active indigenous people is going to bring about change, and we should be jumping on the bandwagon, not trying to resist it. 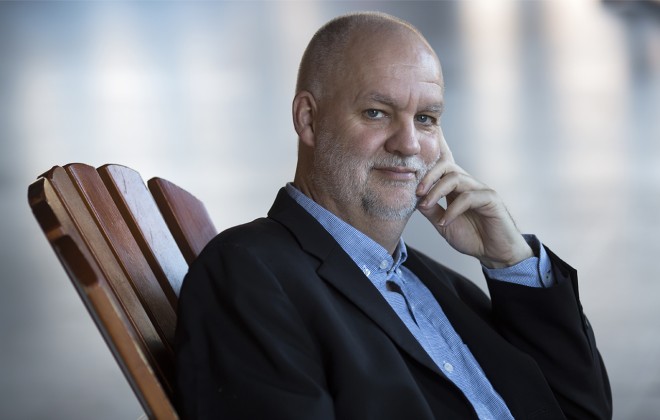 You used the quote, “insanity is repeating the same mistakes and expecting different” to describe the way we’ve been arresting people for drug use over the years, and it’s never worked. What else hasn’t changed?

One of the topics I write about is the abortion pill. As I was putting my book together, I realized I’ve been writing the same column for 28 years. This drug was approved in France 28 years ago, and it only got approved in Canada this year and it’s still difficult to get. It’s so frustrating to look at that. How patronizing and sexist can we be towards women? Lack of access to that drug for three decades is intolerable and unthinkable. That’s just an example of how we don’t have a lot to be proud of in the domain of women’s health, unfortunately.

As a woman, I thought I was lucky here in Canada, especially compared to what’s happening in the States.

The problem, I think, is we tend to compare ourselves to the U.S. Canada looks good compared to the U.S., but compared to most of the developed world, we’re in a pretty sad state of affairs. Abortion is difficult to access in many provinces, almost impossible in some.

Related: Meet the body-positive instructor who has no time for Mean Girls yoga

What do people tend to disagree with you on?

Abortion and drugs are the predictable hot-button issues. Since I write for a fairly conservative publication, The Globe and Mail, when people read that I believe we should decriminalize or even legalize all drugs, they’re a bit shocked. Imagine if heroin was legal tomorrow. You think thousands of people would go out and start injecting it? Of course not. The same number of people would probably use it, but instead of going to jail, they would probably get it from a legal supplier and it would be safer.

Okay, so what are we doing right?

The care we provide on the front line, when you need care desperately – we do it really well. We have among the best health care practitioners in the world, our doctors and nurses are heavily recruited elsewhere. We have our hearts in the right place. Canadians have good values, they believe everyone should get decent, free, public health care. That’s a really deeply-rooted value that’s important to us. We’re just not sure how to put meat on that bone of an idea. It’s the technical issues. I’d say all the problems in health care are engineering and administrative problems. I think we just have to get organization and structure a little more modernized, a little more adapted to our current demographic. But I don’t think there’s any reason we can’t catch up easily. Generally, our system is fairly easily fixable.

More:
Get a full body workout — anytime, anywhere
Your best excuses for not working out — shot down
Subscribe to our newsletters