Are you at risk? How to spot the symptoms. 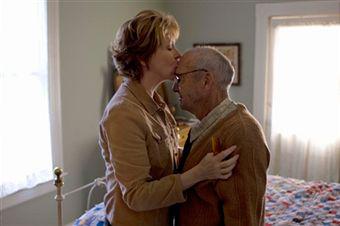 Everyone experiences memory loss sometimes. But in people with Alzheimer’s, a progressive, degenerative disease of the brain, memory and thinking become seriously impaired, according to the Canadian Alzheimer’s Society. The two hallmarks of the disease include plaques — deposits throughout the brain which become toxic to brain cells at excessive levels — and tangles, which interfere with vital brain processes and abilities. Brain shrinkage occurs in people with Alzheimer’s, affecting how the brain functions.

Alzheimer’s causes The cause of Alzheimer’s is not known. The disease affects both women and men and is most common in people over age 65. In some cases, a family history of Alzheimer’s may increase a person’s risk of developing the disease.

Alzheimer’s symptoms Memory loss and changes in mood, communication and behaviour are common symptoms. While people may initially mistake these symptoms as a normal part of ageing, only a doctor can properly evaluate and diagnose Alzheimer’s.

Alzheimer’s diagnosis/tests Getting diagnosed with Alzheimer’s involves ruling out other possible causes of your symptoms. If you suspect you or a loved one may have the condition, a physician will look at your medical history and do a physical exam —to rule out other possible causes — and conduct a mental status exam to test memory. The doctor will order blood tests to detect problems that may be causing symptoms, such as diabetes, and may order other tests including X-rays, and MRI (magnetic resonance imaging) or PET (positive electron tomography) scans, among others, to take images of the brain. The diagnosis can be made by a family physician but she may also refer you or your loved one to other health care professionals, such as a psychiatrist, neurologist or occupational therapist to determine if you are having difficulty with memory, language and judgment or experiencing other illnesses, such as depression that cause similar symptoms.

Alzheimer’s treatment There is not yet a cure for Alzheimer’s or an effective treatment to halt the disease’s progression. Several medications available in Canada may help relieve some of the symptoms and slow down the loss of memory, language and thinking abilities. The Alzheimer’s Society offers support groups in many communities for people in various stages of the disease, as well as those coping with the diagnosis and care of a loved one who has Alzheimer’s.

Alzheimer’s prevention There’s no known way to prevent Alzheimer’s yet, however, being physically and mentally active, not smoking, consuming a healthy diet with moderate alcohol intake and controlling health conditions such as high blood pressure and high cholesterol may help reduce your risk of developing the disease.

More info from Chatelaine
Confused about the Mediterranean diet?
Boost your brainpower

Outside resources
Alzheimer Society of Canada