Could An ADHD Coach Really Help Me With My Condition? 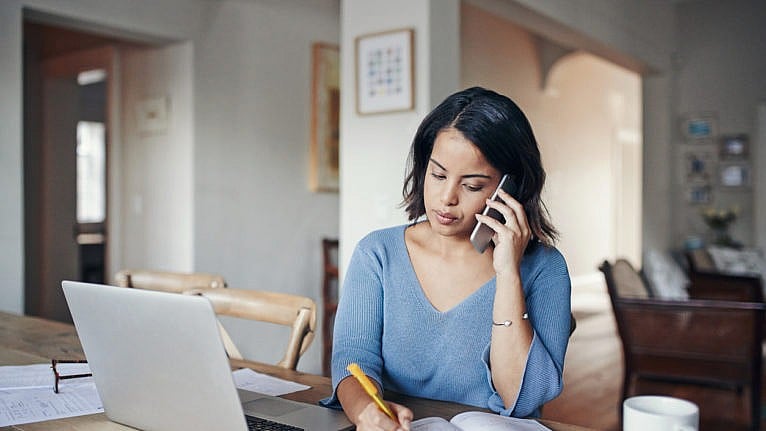 “She could be a bright girl, but isn’t living up to her potential.” This phrase dogged me for decades, along with other comments about distraction and daydreaming. Even once I figured out how to exceed expectations both at school and work (usually by working myself past exhaustion), the fear remained: Would I always be a failure?

When I was diagnosed with attention deficit hyperactivity disorder (ADHD) at 39, I cried as the pieces fell into place. I was a solid C student through grade school, and couldn’t play sports because the rules wouldn’t stay in my head. I was bullied so badly for being different that I had to switch elementary schools, and continued to struggle until I dropped out in grade 11. Through a combination of perfectionism, willpower and parental support, I eventually graduated high school with honours. I now have three degrees, two kids and a mortgage. But disorganization and overwhelm have threatened to take me down at every turn.

Healing from a lifetime supply of shame will take time, but several months after my diagnosis, I began creating practical goals. I wanted to keep myself and my kids on task, file assignments before 11:59 pm, and see to-do lists as more than suggestions to be hurled into the sun. My therapist is great—but she’s not an ADHD specialist, and my psychiatric experience was a bit too clinical. I’d been reading blogs, papers and Twitter threads, but still wanted more. I decided I needed an ADHD coach.

Before we go into what a coach does exactly, let’s talk about ADHD. While there aren’t solid data on how many Canadians live with the condition, the Canadian ADHD Resource Alliance estimates the worldwide number sits between five to nine percent of children and three to five percent of adults. While this is usually understood to look like tornado-like boys somersaulting off furniture and not paying attention in class, there are countless girls and women whose ADHD goes unnoticed. The reasons for this include the fact that girls may present with subtler symptoms, and that some clinicians may be influenced by diagnostic biases.

Since its 1968 introduction to the Diagnostic and Statistical Manual of Mental Disorders, what we now call ADHD has been largely based on externalized (hyperactive) behaviours. The most recent criteria go beyond this, but the human bias remains. Girls and women—who tend to have internal symptoms like inattention and anxiety—are often diagnosed with mood disorders before anyone considers ADHD. When I was diagnosed, I got quite a few reactions of disbelief, which I think were based on stereotypes.

“In grade school, the ratio is four to one [boys to girls] being diagnosed with ADHD, but then by the time women reach adulthood, the ratio is one to one,” says registered psychologist Tanya Kahanoff. “There are these populations of people who are really being missed.” Increasingly, women like me are emerging from the shadows and looking for support.

What does a coach do, anyways?

I was diagnosed with inattentive-type ADHD in 2019, and have been seeing a therapist since then. Once the crisis-phase cooled down, I craved practical tips. While I’ve admittedly been salty about the idea of a life coach—I don’t need someone to fix my life, I need them to do my laundry—the practicality of an ADHD coach seemed promising.

But what does an ADHD coach do?

Vancouver-based coach Dusty Chipura likens her role to a personal trainer. An ADHD coach’s job is to help you look forward, create manageable goals and strengthen challenging areas. Like me, many folks with ADHD need help creating routines, following through with domestic tasks (again, laundry), and managing their work flow. These skills are developed via regular phone or video appointments, but many coaches offer trouble-shooting support between appointments via email or text.

Coaches might also work with their clients on ADHD-specific feelings, such as shame or rejection sensitivity dysphoria, an extreme response to perceived or real feelings of rejection or criticism.

However, “your personal trainer probably isn’t the person who can rehabilitate problem areas of your musculoskeletal system,” says Chipura. A good coach refers out to a therapist when appropriate, for trauma or crisis for instance. Some therapists, like Kahanoff, do ADHD coaching alongside their therapeutic practice.

My search for the perfect fit was a patchwork of websites, Twitter and Facebook; Canada’s coaching landscape is also a patchwork. As Kahanoff says, “anyone can hang a shingle that says they’re an ADHD coach.” Some avenues of certification exist; Chipura, for instance, is credentialed through the ADHD Coach Academy, and is earning accreditation through the Professional Association of ADHD coaches. Kahanoff points clients towards the ADHD Coaches Organization, though this list is far from exhaustive.

While professional qualifications do hold weight, ADHD coach René Brooks of Black Girl, Lost Keys, says the relationship is most important. “Just because you like someone doesn’t necessarily mean this is a coach for you. You need someone who teaches in a way that you understand where teaching is necessary. You need someone you can be transparent with. You need someone who you can accept challenge from.”

Cultural competence is also key, says Brooks, particularly for Black and Indigenous folks and people of colour. She was relieved to find a Black therapist who honoured and understood the “deep cultural values” underlying her life experiences. Even if your coach doesn’t specifically look like you, they should “understand those things without you having to explain them.”

Chipura recommends doing consults with three to five people, knowing your budget, and drafting questions. I wanted a coach who would compliment the therapy I’m doing; who was queer-competent; whose methods focused on the positive; who was professional but still personable; and who could help me with everything from formatting my daytimer to reckoning with medication.

Don’t feel pressured to choose quickly. “Whenever I do a consultation with people,I actually ask them not to commit,” says Chipura, who prefers clients to take their time and weigh their options. I talked to a large American organization that made me feel like I wouldn’t be fulfilling my potential if I didn’t commit to their coaching services right on the spot. Spoiler alert: I didn’t choose them (see first sentence of this article).

I ended up going with Maaya Hitomi from Structured Success; they are not accredited, but have undergraduate and graduate degrees in psychology. Our conversation felt natural, and I learned a ton just from our consultation meeting. When I got off the phone, my partner said to me, “That sounds like someone who will kick your butt!” To boot, I like their Twitter feed.

In the first few weeks of coaching, we tackled my dysfunctional relationship with time; I learned about time dilation (when what I think will take one hour in fact takes three); and time travel (when I blink and—poof!—the time is gone). I bought a visual timer, and plan on also using it to help my six-year-old. Hitomi has taught me how to cope when I just can’t, but somehow have to, using a system called STUFF. We’ve also worked through overstimulation, morning routines and why I need to talk to my doctor again about medication.

The Flip Side of Coaching

The distracted elephant in the room is that coaching requires some privilege. Many coaches offer a sliding scale if you ask, but even the bottom of that scale can be cost-prohibitive. Women with ADHD also often have concurrent mental health concerns (a recent University of Toronto study found one in four had attempted suicide), which means even if they do have some disposable income, bullet journaling might not be their number one priority.

By 12 years old, young people with ADHD have received 20,000 more negative comments than their peers, according to psychiatrist William W. Dobson. When Kahanoff shared this statistic in our interview, I wanted to run back to eight-year-old Bri, give her a bear hug and demand ADHD testing.

Coaching has given me both small-but-mighty rewards (my journal now has an index page!) and significant success (I understand my relationship with time far better). But some of my most valuable takeaways are the least tangible.

“There’s a healing in being able to feel normal, maybe for the very first time,” says Brooks. “Coaching can be a way to deepen the things that are already you about you. I don’t think you have to sacrifice who you are in order to accomplish the things that you want to accomplish.”

I’ve always felt my differences were personal failings. I’m finally realizing they’re not problems to be solved, but parts of myself I just need to learn more about.