4 Ways to Think About Recovery Beyond Alcoholics Anonymous

Many credit the 12-steps with their own recovery. But increasingly, people left behind by AA's approach—including advocates and policymakers—are looking for alternatives. 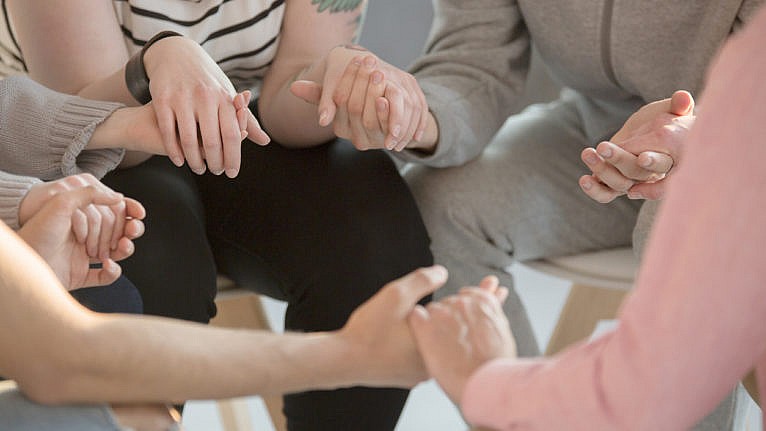 A glass of wine sipped at dinner, a THC edible nibbled on the weekend; whether or not it’s acknowledged as such, drug use is often incorporated into the lives of people who would be considered well-adjusted. But according to the dominant ways we treat addiction, these casual comforts that many consider unremarkable are irreconcilable with a healthy lifestyle.

Alcoholics Anonymous (AA), Narcotics Anonymous (NA), and related groups remain immensely popular, even nearly a century after their creation. Though the 12-step model of recovery may seem timeless and natural, it hasn’t always been the case. Before the 1930s, popular attempts to treat alcoholism and drug dependency included methods like segregation in asylums, reliance on mutual aid fraternities, and even the use of cocaine, which psychologist Sigmund Freud considered the “magical drug.”

Approaches like fraternities and sobriety societies had a significant influence on the creation of AA, which was founded by four Christians in 1935. AA and its related branches approach addiction as a disease; using drugs at all makes a person dependent on them. As such, they follow an abstinence model of addiction recovery, requiring members to maintain complete sobriety.

The 12 steps refer to the rules these programs are grounded in: admitting you’re powerless over drugs, understanding that only a higher power can restore you to sanity and asking god to remove your defects of character. Adherents follow the program by working consecutively through the steps, and make progress by earning sobriety chips (which they must relinquish if any slip-ups occur). Even though the science around addiction was far less developed and nuanced when the original AA group released its mandate back in 1935, the 12-step philosophy remains largely the same.

Since members of AA and its related groups are anonymous, exact stats related to outcomes are unclear, but many people credit the 12-step approach for successful recoveries. However, countless others are left behind by the groups’ stringent either/or approach. Alternatives to the abstinence model of addiction do exist, and increasingly, they’re led by addicts and recovered addicts, as well as advocates and policy-makers. The first step is often reframing addiction as a complex societal issue, rather than a disease.

Here are some of those alternatives—whether you’re struggling with substance use and want to begin recovery, or are interested in alternative ways to consider addiction.

Johann Hari is a British journalist who’s written extensively on the war on drugs and the terrible consequences of drug criminalization. Since his 2015 TED Talk, he’s become well-known for discussing addiction as a social disorder rather than a disease—and claiming that treatments that consider only the biological side of addiction are skewed.

Hari focuses on the fact that human beings have an innate need to bond with others, as creatures with strong social drives. If isolation, trauma or some other complex web of factors make this impossible, people will naturally seek other ways to find relief—which is where drug use comes in. He emphasizes that not everyone that uses drugs becomes dependent on them. It’s people that are socially left behind in other ways that are at risk of becoming dependent. Under Hari’s model of addiction, a first-line treatment for addiction might be therapy sessions, relationship counselling or group recreational activities—things that prioritize social care and connection rather than abstinence.

Over the past few years, the concept of harm reduction become more mainstream in Canada. This approach to addiction prioritizes reducing the potential dangers of drug use, rather than complete abstention. From this perspective, spikes in opiate overdoses are fought using concrete, proven responses like safe injection sites and the distribution of naloxone kits. Looking at the world through harm reduction highlights not only the dangers drug users are exposed to, but more importantly, the ways that cities and governments are failing to take them out of harm’s way.

Vancouver-based journalist Travis Lupick’s 2018 book, Fighting For Space, tells the story of a group of drug users in the city’s Downtown Eastside who fought to get their city to respond to overdose deaths throughout the 1990s and 2000s. In the early ’90s, Vancouver experienced a tragic surge in overdoses, culminating in more than 300 heroin-related deaths in 1993. The book walks readers through the grassroots organizing that led to the installation of Insite, North America’s first supervised injection site. One of the book’s main arguments is that the harms of addiction—which include the way addiction is criminalized— is avoidable through proactive government policy and community care. Instead of focusing on abstinence, treatment for addiction would include robust harm reduction policies, such as safe injection sites, drug testing and drug decriminalization.

Addiction as a developmental phenomenon

Cognitive neuroscientist Marc Lewis sits at a crossroads that makes him particularly valuable to theories of addiction. The former University of Toronto professor of developmental psychology has first-hand experience with drug addiction, and integrates theory with his lived experience in his recent book, The Biology of Desire. Lewis argues against understanding addiction as a disease, which underlies the abstinence model of treatment.

He believes that addiction isn’t a malfunction of the brain, but an unintended consequence of the brain seeking pleasure and relief—something it’s wired to do. Lewis suggests seeing addiction as a developmental phenomenon instead, a relationship with drugs that’s formed through environment and habit. If a person has nothing else in their life that brings them fulfillment or pleasure, repeatedly using drugs is going to create an entrenched pattern. According to Lewis’ philosophy, the solution isn’t about fixing a person’s relationship with the drug by going sober, but fixing their relationship with everything else, and enabling the possibility of establishing less destructive habits and patterns. The larger issue is that systemic factors such as dislocation, alienation, and poverty contribute to making addiction a deeply entrenched social problem. Treatment here requires not just repairing the life of the individual, but repairing the overarching ways our societies leave people behind.

Based in Montreal, the Black Indigenous Harm Reduction Alliance (BIHRA) aims to address the particular ways that addiction occurs in Black and Indigenous communities. Adopting a harm reduction approach, BIHRA uses street-based outreach, education and advocacy to empower drug users and addicts in these racially marginalized communities. Both these groups are disproportionately impacted by systemic oppression, and this oppression shows within addiction crises. A 2017 B.C. study, for example, found that Indigenous people were five times more likely to overdose on opioids than non-Indigenous people.

Instead of just looking at the individual and their relationship to the drug, BIHRA considers the many different interconnected systems that influence the way we relate to the drugs. For BIHRA, societal problems like environmental racism, criminalization, and the prison system all assist in entrenching widespread addiction. Decolonization, prison reform and racial justice would be necessary pieces of addressing the problem of addiction. In contrast to the the abstinence model, addiction treatment under this approach would involve community healing, social care and societal transformation.