A simple kind of love

I recently interviewed a lovely couple for a story I'm working on. They started dating in high school — she asked him to a Sadie Hawkins dance and he initially said "maybe" — and have been together for almost 60 years. 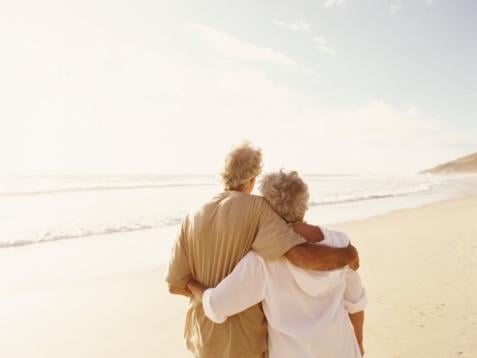 I recently interviewed a lovely couple for a story I’m working on. They started dating in high school — she asked him to a Sadie Hawkins dance and he initially said “maybe” — and have been together for almost 60 years. It was incredible to chat with them both one afternoon, while she visited him in the nursing home he was recently moved to, and their affection for each other was plain. I asked what had made their relationship work for so many years. “We just love each other a lot,” he said, his shrug almost audible. For them, it was no fuss, no confusion, no drama; they’ve just loved each other, helped each other, made each other happy, and been good to each other as if there was no other way to be.

Their story reminded me of a meeting I once sat in when I interned at a glossy women’s magazine many years ago in New York. The (mostly divorced) senior editors were casting around for ideas for a story about the hardships of marriage: the sex dries up, the household division of labour is always uneven, kids drive you crazy, you get bored with each other, you feel unappreciated, etc. The litany of complaints went on and on — and I became more and more depressed — until one editor, who had been quiet, spoke up. “I’m really sick of reading stories about how hard marriage is,” she said. “I’ve been with my husband for over 30 years and, sure, sometimes life has been hard. But my husband doesn’t make my life hard; he makes me laugh.”

It sounds like magic when you hear it and it was a revelation for me at the age of 24, but it’s actually very simple. So many of us often like to make these things as complicated as possible, or maybe some of us are more susceptible to losing the plot as soon as our lips land on someone else’s. But speaking to that couple, more deeply in love after the adoption of children and multiple battles with cancer and weekends spent boating with friends, gave me a sense of perspective on the kind of love we could all use. Someone who is kind to you and allows you to be kind to them. Someone who agrees with you more than they disagree with you. Someone who, five or 20 or 50 years later, still loves to make you laugh. And the idea of that kind of love makes me really, really happy.